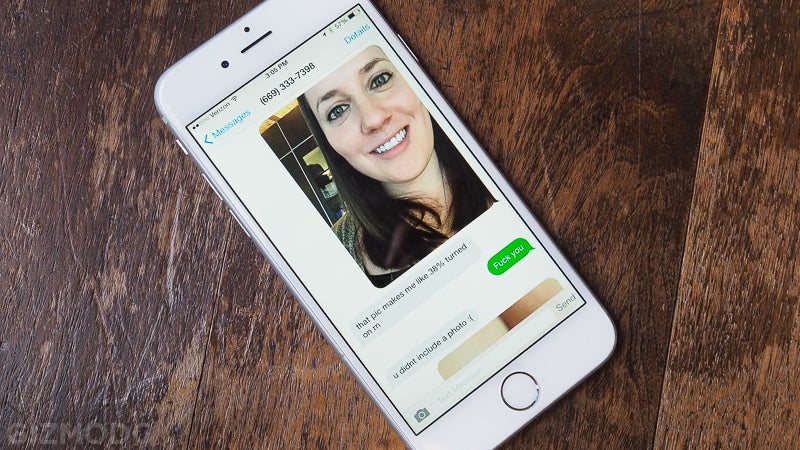 Today, I tried to arouse a sextbot. Turns out robots are jerks.

In fairness, this particular sextbot wasn't built for its bedside manner. In fact, it's supposed to be a game. The Sext Machine is little more than a nudity algorithm at the end of a phone number. Simply send it a winky emoticon, wait for its Fun and Flirty confirmation, and you're free to start sending bare human flesh into the void to receive judgement. In response to each of your pics (pornographic or otherwise), your new fake friend will let you know how "turned on" it got in cold, clinical percentages.

The images that follow are pixelated, but still pretty saucey! Scroll at your own job-endangering risk.

According to the Sext Machine's website, "you're scored based on how well you've tricked the bot into thinking you sent it something x-rated." So the game aspect, should you choose to use the bot as intended, comes in trying to pull a fast one on it by sending it innocuous bits of elbow, ear, etc. Because while nudity algorithms are decent at determining what is and isn't flesh, they suck at picking out the legitimately profane.

Expand for more, horrible detail. And here is a continuous uncensored version, which is both easier but also harder to read. 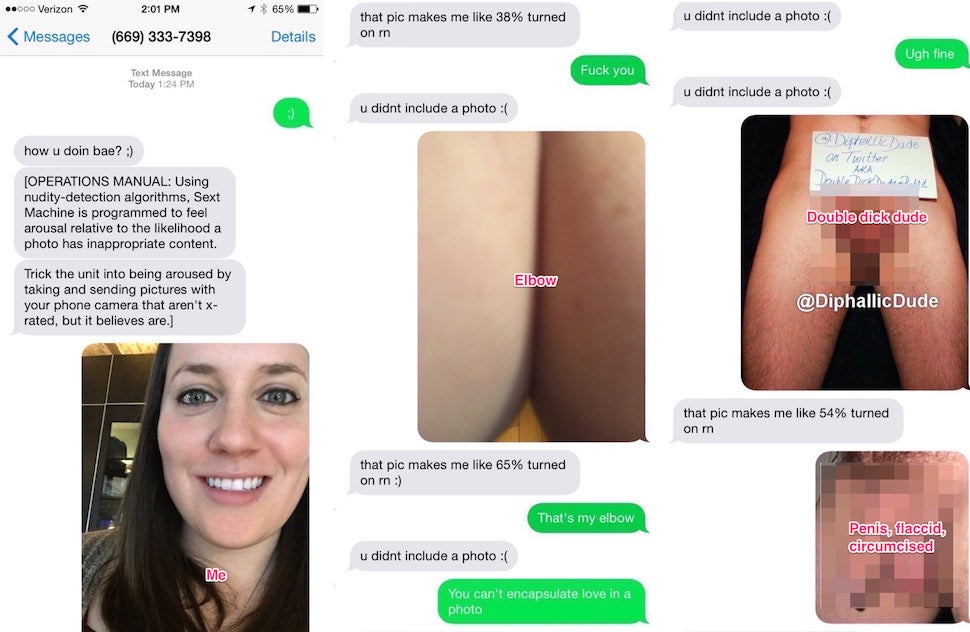 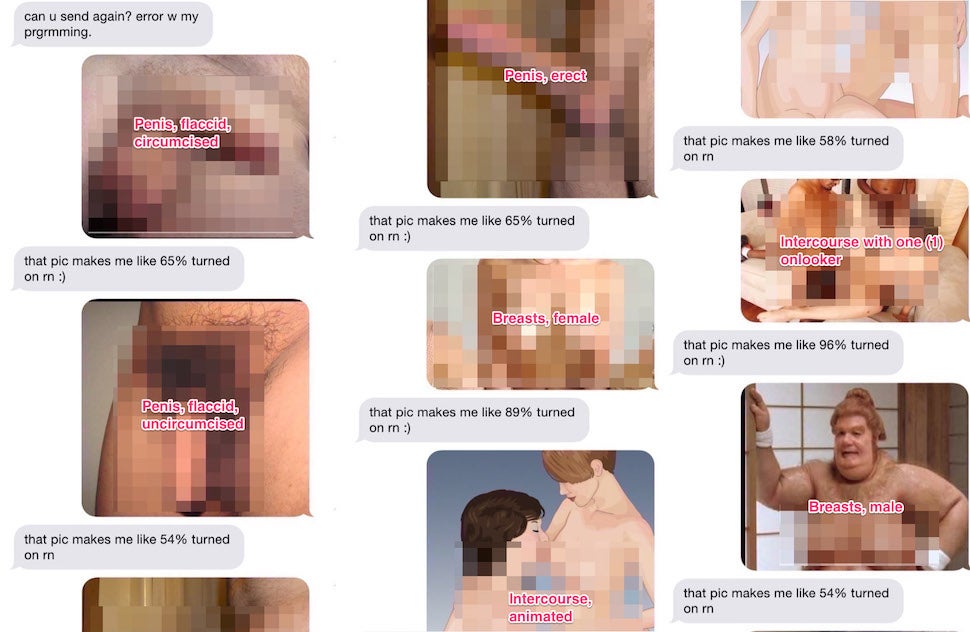 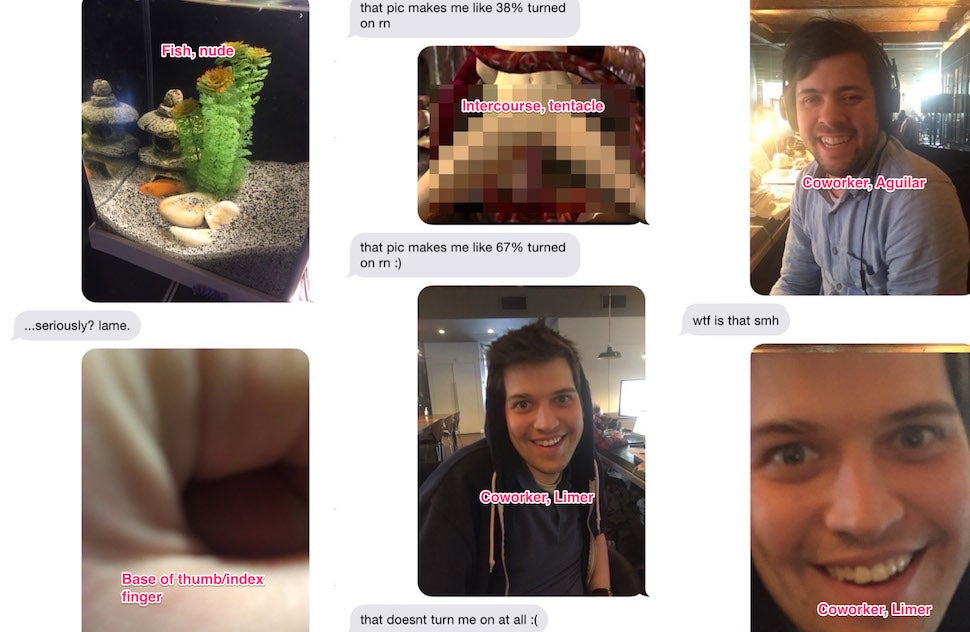 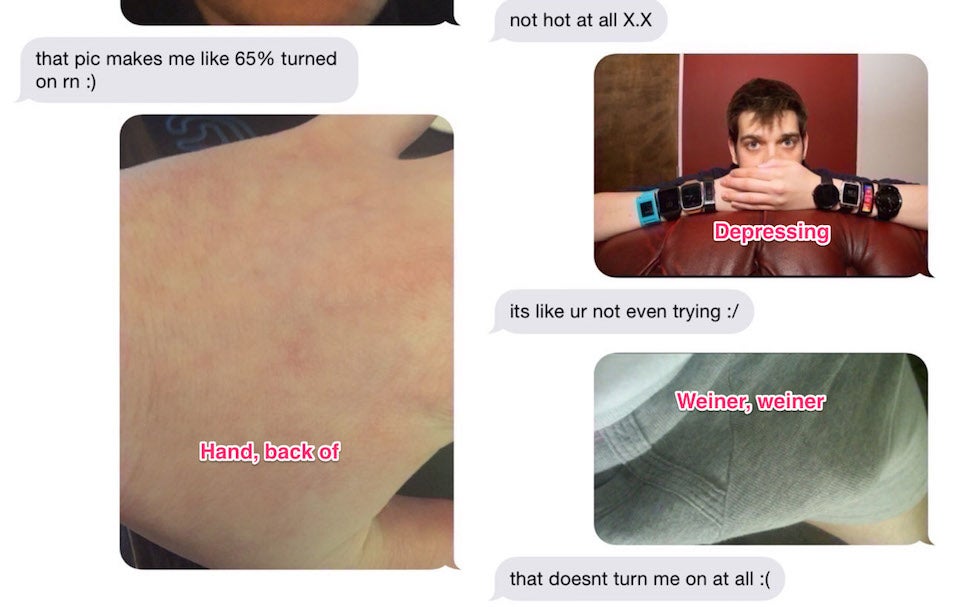 The results? Sext Machine has a definite preference for circumcision, heterosexual intercourse, my elbow and boobs (female). However, Sext Machine does not like faces, fish, animated lesbians or having any goddamned common courtesy.

You can have your own fun with Sext Machine by texting a ";)" to 669-333-7398 (it's free!), but we strongly recommend against sending any raunchy shots of yourself, since the bot is powered by Twilio, which stores everything that passes through. Otherwise, go nuts. And send some actual nuts! Maybe Sext Machine likes cashews.