Once they figured how to use gears and other mechanisms to accurately keep track of time, watchmakers expanded what their clockwork creations could do. Timepieces became even more mesmerising to look at, and as Frédéric Jouvenot's new Sîn watch proves, that's kept mechanical watches relevant and desirable even in a time where everyone has a far more capable smartphone in their pocket.

The Sîn, named after Mesopotamia's moon god, is lacking the long slender trio of hour, minute, and second hands. In their place is a golden arrow that makes a complete lap of the watch face to indicate the hour, and a central spinning hub that's used to indicate the minutes.

There's no seconds hand at all, but around the circumference of the watch's face are gold and silver orbs representing the sun and moon that appear and disappear on the upper half of the watch's face to indicate night and day. They're both actually making complete circuits of the round watch, but disappear into a tunnel at the 3 o'clock mark, and re-appear at 9 o'clock. It doesn't accurately reflect when the sun sets and rises every day, but it's still a fun gimmick and animation to see in motion. 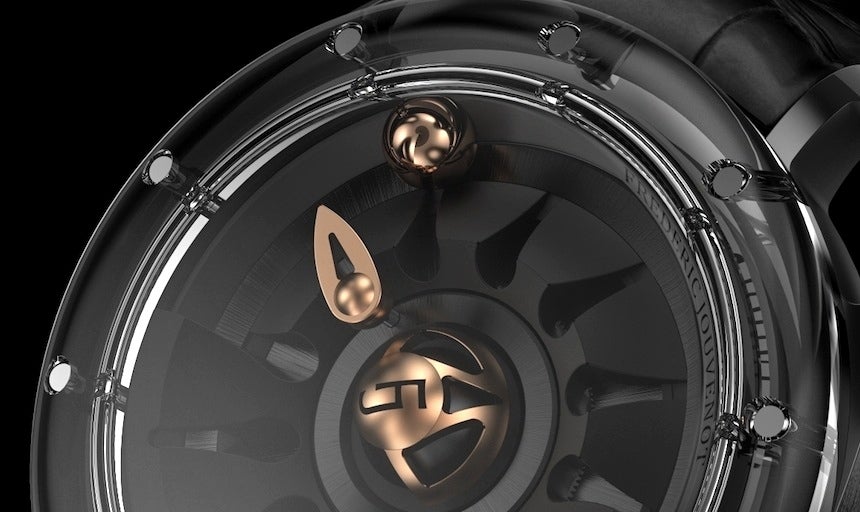 But if you baulked at the price tag of the gold Apple Watch, don't get too excited about strapping

Frédéric Jouvenot's Sîn to your wrist. When available later this year it will sell for just shy of $US33,000. But it does boast a power reserve of about 50 hours, and when it does die all you need to do is wind it again, not find a charger. [Frédéric Jouvenot via aBlogtoWatch]