This Cartoon Perfectly Sums Up The Optimism Of 1950s Futurism 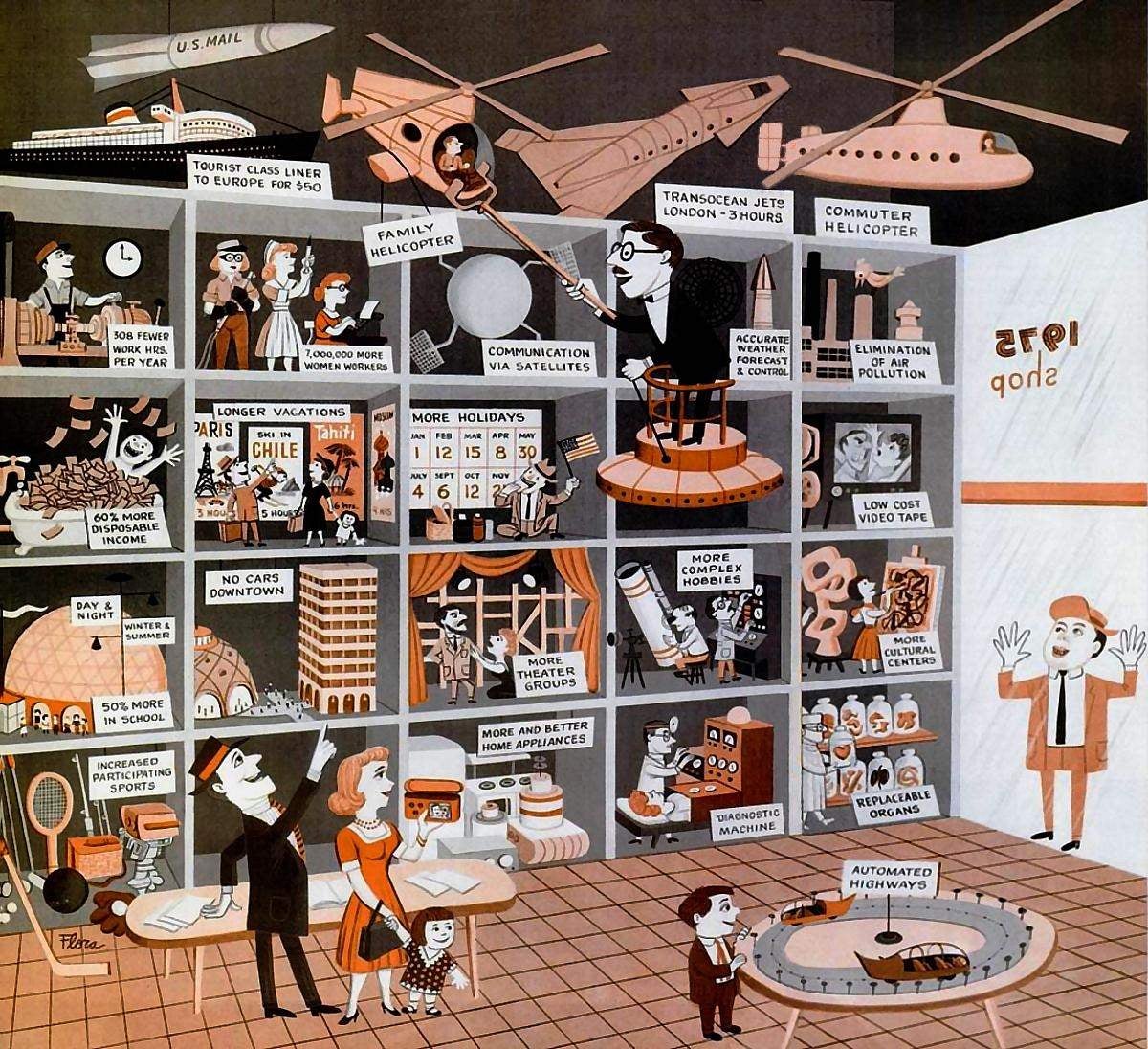 The December 28, 1959 issue of Life magazine featured this illustration of life in 1975. It's over the top and cartoonish, of course, but it perfectly sums up all of the techno-optimism that was so prevalent in the late 1950s — the Golden Age of Futurism.

The article that accompanied the illustration spelled out the wondrous things that people could expect by the year 1975. Americans were promised that they'd be working less, taking home more money, and enjoying longer vacations and more leisure activities than they could even imagine. And don't forget about the amazing technological advances. High-tech communications satellites? Check. Family helicopters? Check. Replaceable organs and robot-diagnosed medicine? Check and check.

The article in Life also assured readers that they weren't just making these predictions up as they went along. They were referencing the hard data from the Research Institute of America, a private research firm:

The Institute's basic over-all prediction is that in 15 years, given a peaceful world, America will be a consumer's utopia. By 1975 more Americans (230 million) will have more money (average national family income up from the present $US5,000 to 7,500) and more time to spend it (15% fewer work hours, 50% more holidays). Technology and salesmanship and industry will conspire to make every American's life safer and easier. Rockets will whisk special delivery mail anywhere in the world and relay stations on orbiting space satellites will speed his radio messages on their way. Electronic devices will cook his food faster, purify his air supply, diagnose the weather and also his health. If something goes terribly wrong with his insides, tiny, complex self-powered spare human parts — hearts, kidneys and livers — will be available.

But we have to remind ourselves that the people of any given generation don't all think alike. For instance, the illustrator of this cartoon, Jim Flora, also drew some rather scary robots for an article in Parade that very same year.

In that piece we see a dystopian world filled with too much automation, too much leisure time, and even suicide as a result. Never forget that no matter the decade, one person's time-saving robot is another person's job-stealing tyrant.