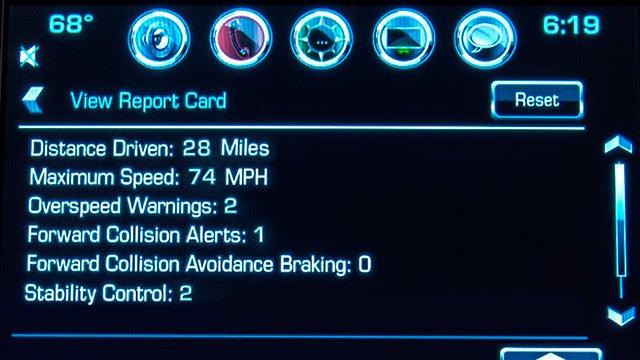 It's a terrifying moment the first time a parent hands over the keys to the family car to their teenager. And GM wants to make it slightly less worrisome for those parents with a new feature on the 2016 Malibu called Teen Driver that encourages younger drivers to be safer behind the wheel because it reports back to mum or dad how far they travelled, and how often they broke the speed limit.

The Teen Driver system actually generates a driving report based on several metrics including top speed, distance travelled, how many times the driver went over a preset speed limit, and how often the vehicle's own autonomous safety features had to be activated. And to prevent a teenager from deactivating it once they pull out of the driveway, the Teen Driver mode is PIN-protected by the car's owner, and is automatically activated when a teen's fob is used to start the vehicle.

Another feature actually allows parents to limit how loud the car's stereo can be cranked, which can serve as a distraction while driving. And when Teen Driver mode is activated, the car's radio and sound system can't be turned on at all until the front safety belts have been fastened. It will certainly prove to be an annoying feature to teenagers, but they're not the ones actually paying off the vehicle and its giant insurance bill.