Julian Assange To Be Questioned By Swedish Prosecutors In The UK 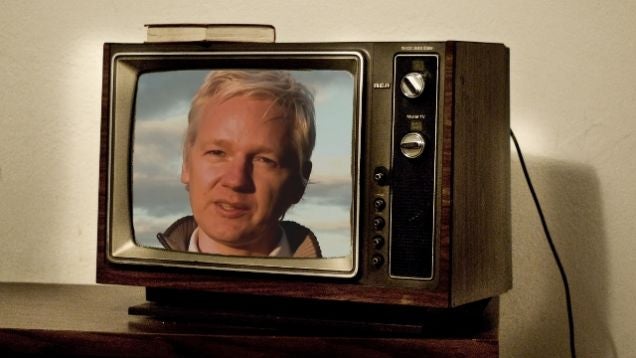 Since his arrest in 2010, Julian Assange has been dutifully avoiding sexual assault allegations brought against him in Sweden. Now, Swedish prosecutors have decided to question Wikileaks in London instead.

The BBC reports that prosecutors have given up on attempts to question Assange in Sweden. The U-turn has occurred because potential charges against him are set to expire in August due to quirks in Swedish law — which means time is running out for prosecutors. Assange has been living in Ecuadorean embassy in London since 2012, because he fears that a journey to Sweden could see him extradited to the US. If that were to happen, he'd almost certainly face charges over leaking material online.

"My view has always been that to perform an interview with him at the Ecuadorean embassy in London would lower the quality of the interview, and that he would need to be present in Sweden in any case should there be a trial in the future," explained prosecutor Marianne Ny in a statement. "Now that time is of the essence, I have viewed it therefore necessary to accept such deficiencies in the investigation and likewise take the risk that the interview does not move the case forward."

Earlier this week, it was announced that Assange is getting an appeals hearing in Sweden about his 2010 arrest — where he might be able to persuade courts to have the European arrest warrant against him lifted. It's not clear if or how the new decision to question him in London will affect that decision. [BBC]