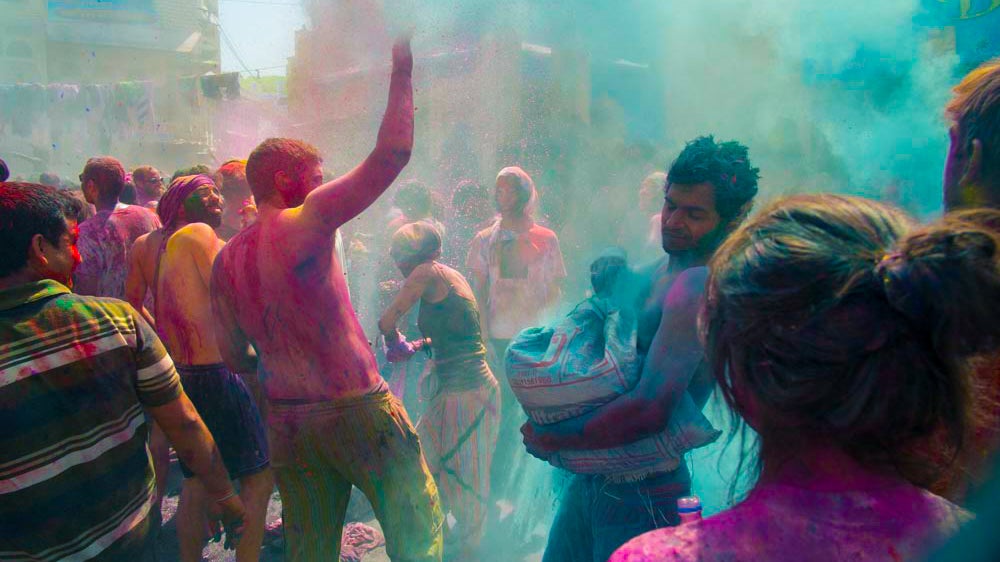 The town of Pushkar in Rajasthan is supposed to have the most colourful celebration of Holi, the Hindu festival of colours. So, we packed up a trio of Royal Enfields and rode there from Mumbai.

Pushkar is a small, but holy village that is famous for its annual camel fair and its Holi festivities. By choosing a destination in India's largest state, I was also hoping for some low population density. Living in Mumbai, "riding" a motorcycle consists more of sitting in traffic and honking your horn than, well, riding. My brother and fellow photographer flew in to visit, we piked up three Royal Enfields and hit the road. 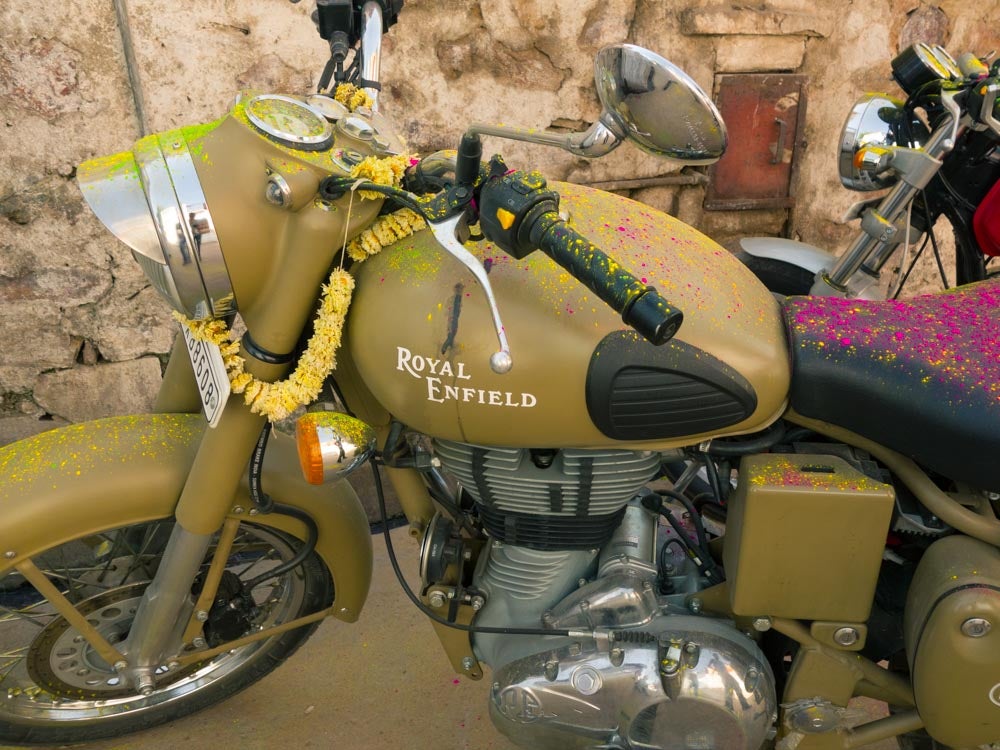 The Royal Enfield Classic 500 in Desert Storm khaki is a great ride and fantastically photogenic.

The most traditional Enfield is the Bullet 500, it was the most comfortable of the three and had the most space for luggage.

We also took the new Continental GT cafe racer, which was definitely the most fun to ride.

A day on any of these bikes will make anyone feel good about their riding abilities, reinforcing the adage: It's more fun to ride a slow bike fast than it is to ride a fast bike slow. India's a country where you really don't want to go faster than 95km/h, the roads are mostly potholes and you share them with trucks, rickshaws, donkeys, camels and cows.

What we didn't realise was that Pushkar, being holy, is a dry town. Checking into the hotel took forever as the manager was clearly under the influence of Bhang — the local marijuana drink — but we quickly forgave him when he passed us some beers under the counter. 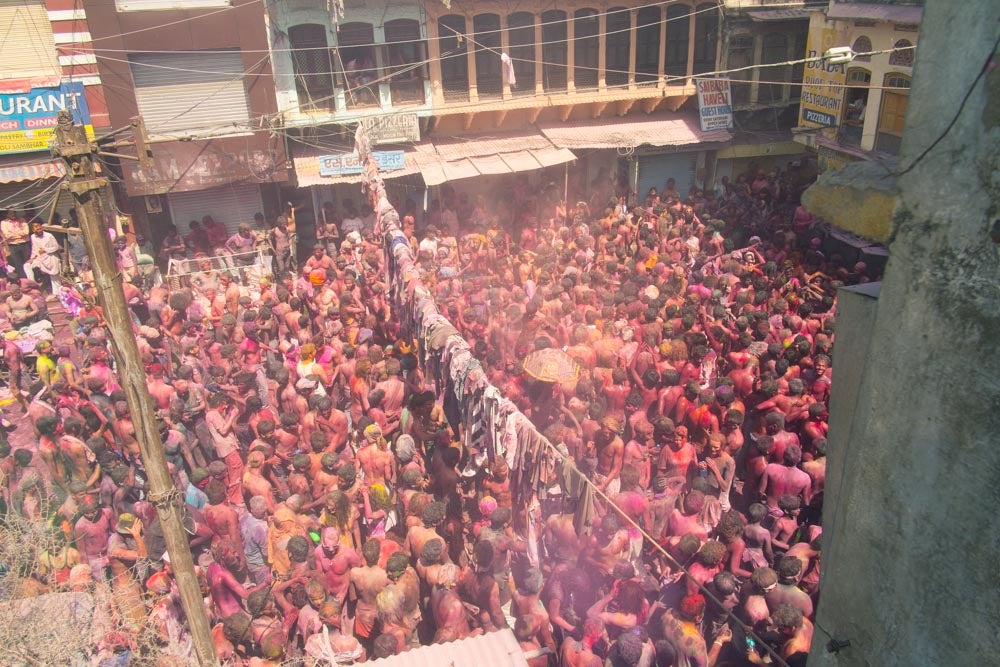 Holi is a festival celebrated by Hindus across north India, marking the coming of spring. This year, it takes place next Friday, 6 March. It's a celebration that crosses class barriers and involves music, dancing and throwing powdered paint and coloured water in the air. It's said that Holi started with Krishna, who was mischievous as a young boy and would throw coloured water on milkmaids as a practical joke. 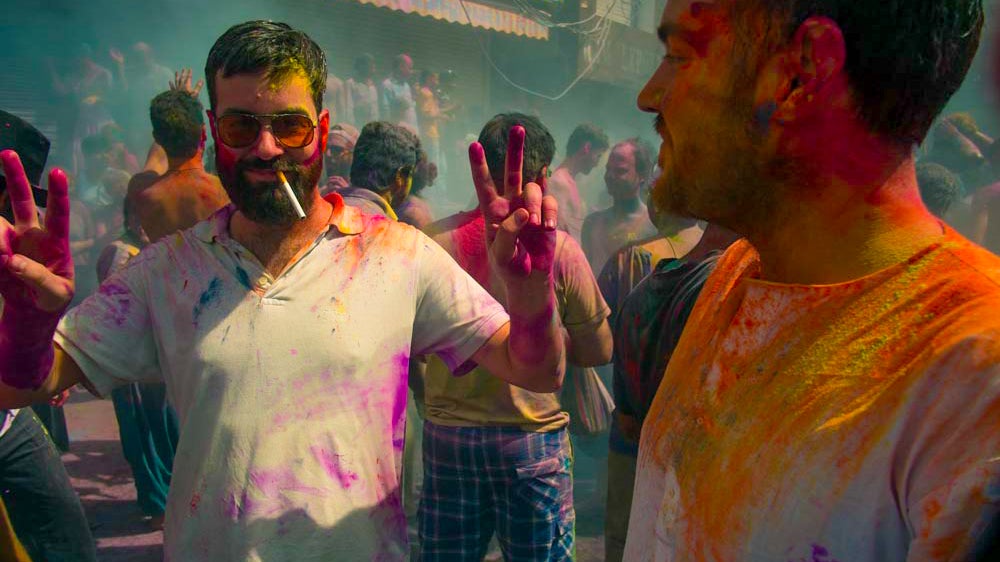 The next morning, we ventured out onto the streets, where vendors were selling colourful powders and people were starting to fling those at each other and the local cows.

The pumping sound of bass drew us towards the town square, along the way kids and adults alike started covering us in the coloured powders and liquids. But only once we reached the square did we realise the full extent of the festival. 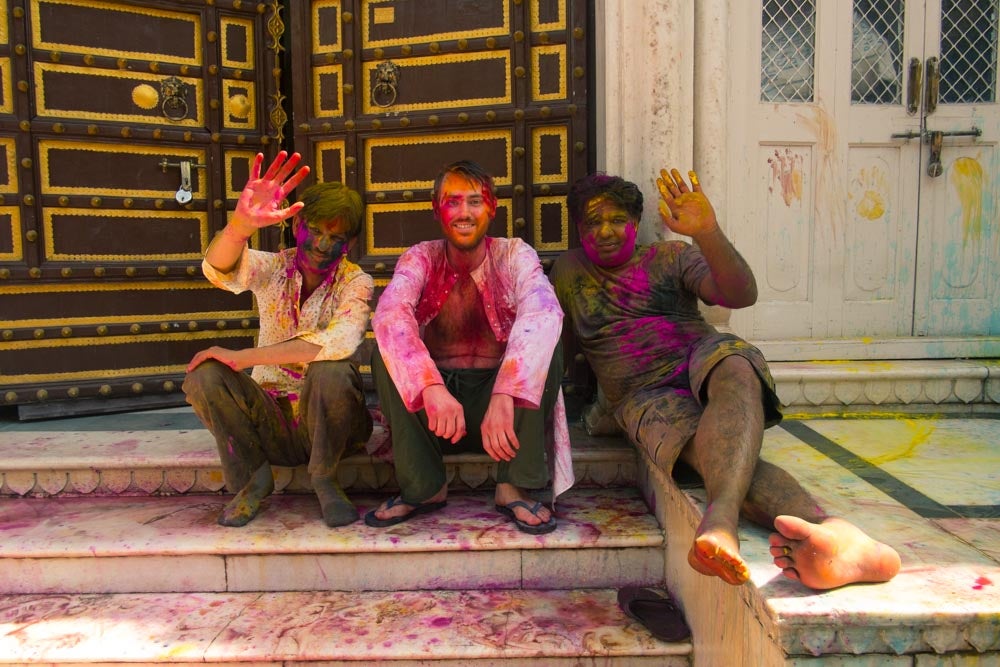 Powder is thrown in the air from small bags and big ones, and water is mixed in, then poured over everyone and everything. Shirts get ripped open by strangers and joints are passed around by everyone.

After about five hours of this, the horrible trance music caused us to flee. We went back to the hotel, showered, changed and walked back outside. Some local youths passing in a rickshaw asked if we wanted to tag along to the town's borders and the nearest beer bar. Jackpot. 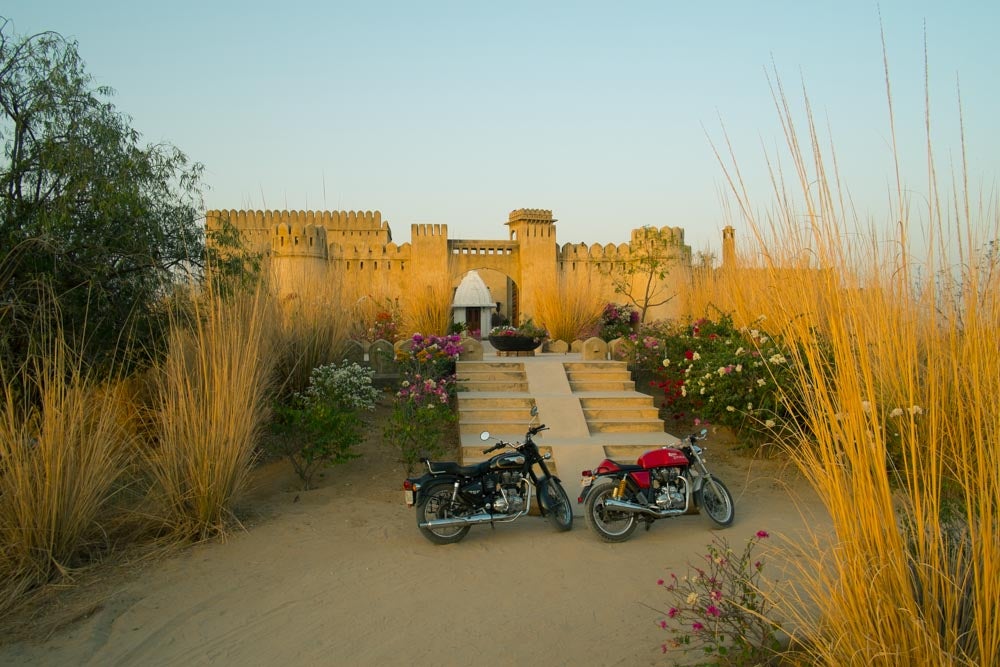 The next morning, we discovered that our bikes had also been blessed with some coloured powder, like just about everything else. Riding in the early morning, through the coloured aftermath was a magical experience and we went from that to an amazing desert oasis called Mihir Garh Hotel for the second part of our vacation.

Getting there involved overtaking camel carts on dirt roads, getting chased by local kids as we rode through villages and getting lost a bunch of times. 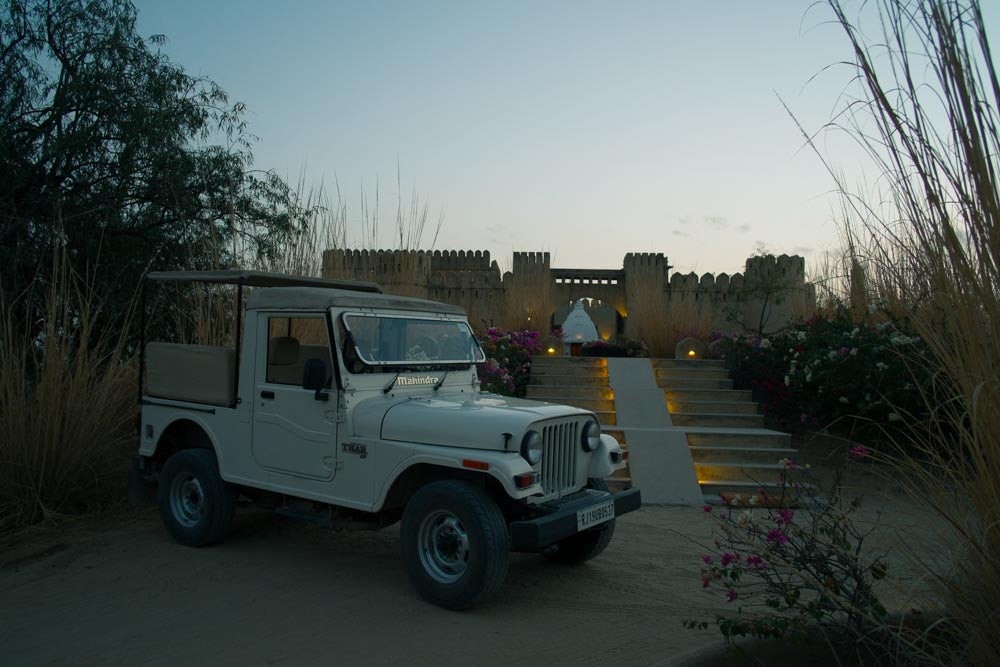 We checked in an drank chai while washing our dusty clothes in our room's private pool. We said yes to the offered desert safari in an old Mahindra Thar, only to realise halfway through that the highlight of it was a visit to an opium ceremony on a Brahmin village. Jackpot again.

None of the locals spoke English, but it was pretty easy to figure out that everyone was drinking some watered down opium out of a friendly man's hands, after it was filtered twice.

It turned out the drink was very mild, so we only experienced some mild relaxation. A good night's sleep prepared us well for the ride back to India's city of angels.