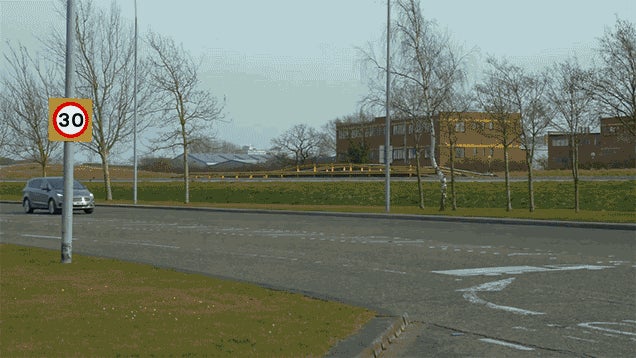 Before autonomous smart cars hit the roads, we're going to be seeing regular cars upgraded with the smarter technologies that will eventually make self-driving vehicles possible. In the UK Ford is introducing what it calls Intelligent Speed Limiter technology on its new S-MAX that enhances the vehicle's cruise control capabilities with cameras that are able to recognise posted speed limits.

The driver can specify a top speed to ensure they're never accidentally speeding, but when the system is switched on it uses a dashboard-mounted camera to keep an eye on road signs with posted speed limits to automatically increase or decrease the vehicle's allowed top speed accordingly. And for those times when signage is few and far between, that speed limit data can also be pulled from a satellite navigation systems if installed in the car.

If the vehicle happens to exceed the set speed limit, like when picking up speed driving down a hill, an audible warning alarm is triggered and the vehicle's engine stops getting fuel until it slows down enough. It's a smoother response than automatically slamming on the brakes which can be jarring to the passengers and other vehicles on the road. At any time the driver can override the system by just tapping the accelerator, but at that point they will have to deal with the stresses of ensuring they're not speeding.