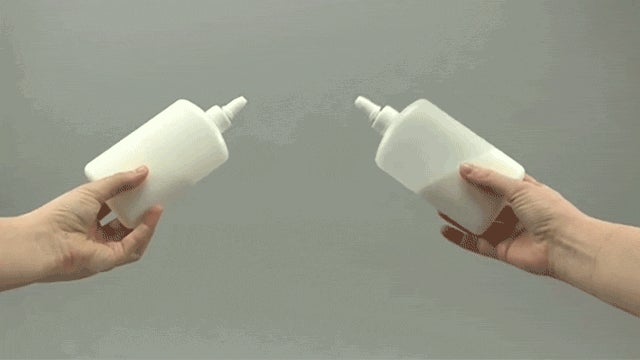 Remember that no-stick ketchup bottle of the future an MIT professor made a few years ago? Well, the MIT team created a company to sell the super slippery technology, and Elmer's recently signed an exclusive licence to use it in their glue bottles. Pretty slick! (Sorry.)

The company, LiquiGlide, is selling a product that's simple but ingenious. It starts with a porous surface inside of a container that's coated with a lubricating liquid. This way, when the container is filled with something like glue or mayonnaise, the viscous liquid slides along with lubricated surface without sticking to the side of the bottle. This not only makes it easier to squeeze out the sticky liquid but also saves on waste. It also lasts longer than hydrophobic coatings like NeverWet.

Like many amazing inventions, the idea behind LiquiGlide comes from humble origins. MIT professor Kripa K. Varanasi's wife was complaining about how she couldn't get all the honey out of the jar and asked her husband, an expert on slipperiness, to come up with a solution. He did it in a weekend. However, the long term ambition for LiquiGlide is lofty. The team hopes that industrial applications will enable them to coat the inside of pipes — say, those that carry oil across continents — to cut down on friction and the need for pumps.

Oh and in case you were wondering, the Elmer's glue can still be child-safe since LiquiGlide is able to use food-based lubricants. But don't eat glue. Nobody likes the kid who eats glue. 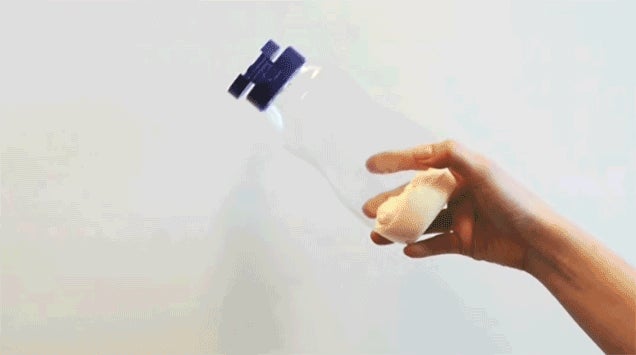