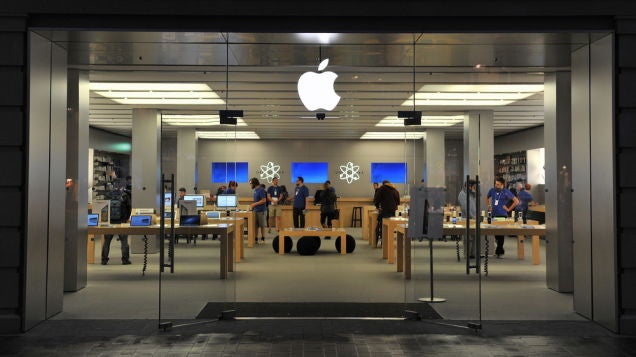 The Wall Street Journal talked to real estate experts about Apple's outsized influence on American shopping centres, and it's remarkable. In some shopping centres in New England, that figure is closer to one third of sales. This means Apple's impact on most shopping centres is far more similar to how a large department store increases traffic than a normal retailer. People drop more money in those sleek gadget cubes than they do at far larger and more expansive stores.

Apple is leveraging its success by negotiating dirt cheap rental fees in comparison to its sales. The high sales volume can end up spiking rentals for neighbouring businesses, so much that other stores ask that Apple be excluded when property owners are calculating how much rental space is worth.

The crazy part is, Apple's stores aren't the company's largest source of revenue. All 450 worldwide stores only account for 12 per cent of the tech giant's annual sales revenue. This is an extremely lucrative side hustle that makes J. Crew look like a preppy slacker. [Wall Street Journal]