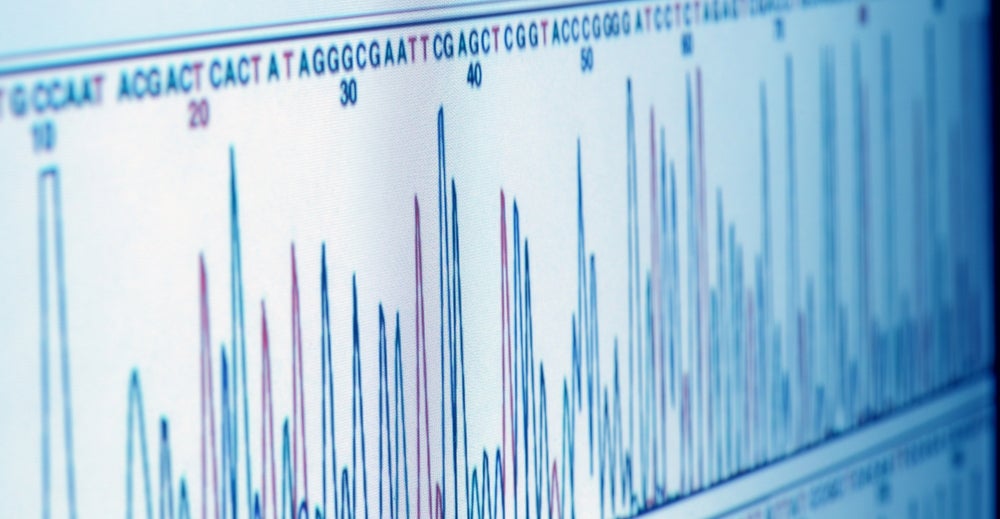 23andMe made a name for itself selling DNA test kits, but today it announced a radical new direction: The company will start mining its huge database of DNA sequences to create new drugs. The science of how they could do that is fascinating — but it raises a lot of futuristic ethical questions too.

The announcement today comes after the company made several deals earlier this year to sell its genetic data to big pharmaceutical companies. Now it seems that 23andMe is bringing the drug discovery business in-house, too, and they have created a new therapeutics division headed by Genentech veteran Richard Scheller.

That's a major change for a small company that currently has zero lab space. 23andMe founder Anne Wojcicki told Gizmodo that the company will be hiring dozens of new employees over the next year. But the problem remains that drug discovery is slow — very slow. Silicon Valley moves fast. There are challenges no matter how many human minds and how much computational power you throw at the problem.

The average drug takes 14 years and $US1 billion to bring to market. But Wojcicki is hoping that her company's genetic data can make drug discovery a more streamlined process. The goal is to take the personal information from 23andMe's surveys — who has a family history of heart disease, for example — and try to find genetic mutations that correlate with them. Once relevant genes are identified, scientists can research possible drugs or gene therapies to target them.

But 23andMe is hardly the first with these ambitions. The promise of the genetic code has been floating around ever since we started sequencing the human genome in the '90s. Instead of curing cancer in the intervening decades, however, scientists found that DNA is a lot more complicated than we thought. A gene that causes breast cancer in one woman does nothing in another. Multiple genes factor into most diseases like cancer, heart disease, and Parkinson's. There is rarely a simple pathway connecting a single gene definitively to disease.

Wojcicki told the WSJ that several years ago, researchers at 23andMe believed they'd found a mutation protecting high-risk people from Parkinson's, but it didn't pan out. This and many other failures are why drug discovery takes so long and is so expensive.

Despite all these challenges, 23andMe may be in an excellent position to start bringing down the costs of drug development. It has a lot of genetic data — about 680,000 of its 850,000 customers have signed over their genetic data for research. But the key thing is that these customers can be contacted again for follow-ups. If 23andMe wants to collect more data on a given disease, say hypertension, it can blast surveys to its customers.

Your DNA can reveal a lot about you, from disease vulnerability to what you look like — and you might not want strangers to have access to that information. That's why 23andMe has been very careful about acquiring consent for their research.

When I brought up privacy issues with using people's DNA for drug discovery, Wojcicki talked about patient and consumer empowerment. Her company creates online communities for patients and involves them in research. In the Sarcoma Research Community, for example, the company has met directly with patients and engaged them in discussion groups. That said, these kinds of communities also mean that 23andMe has set itself up for the ultimate form of targeted marketing if and when its drugs come out.

But is this really a privacy concern? The issue is thorny because we're only just beginning to understand the outer limits of how much personal information embedded is in DNA. In 2013, geneticist Yaniv Erlich found that anonymous research participants could be identified from their DNA and information readily available online.

Another issue is how much data 23andMe really has. For example, 23andMe's test kits traditionally look for SNPs, single mutations that correlate with a particular trait. But now that whole genome sequencing has gotten a whole lot cheaper, the 23andMe can go back and sequence any saliva samples that have been banked, extracting far more information customers got in their genetic reports. Wojcicki says roughly half of all customers have opted to bank their saliva.

I don't think 23andMe has nefarious plans up its sleeves, and helping to cure Parkinson's is an unambiguously good cause. But 23andMe has a huge genetic database now, which is always expanding and along with the company's large patient communities. What will happen to that data in the future, when we know more about DNA? The company's business model has already morphed more than once. It could morph again.

That's a lot to think about when handing over a vial of spit.