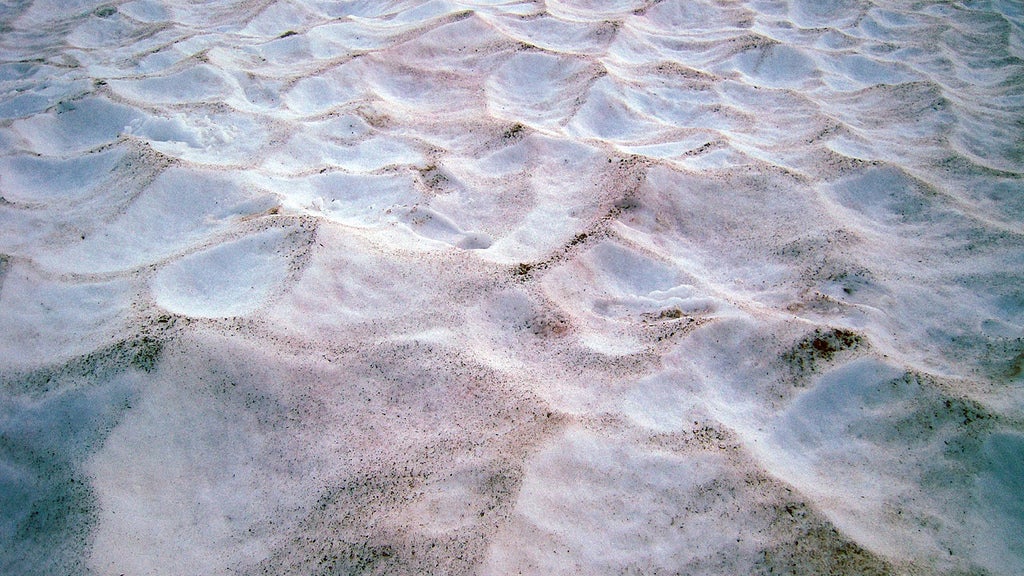 Over at JSTOR Daily, Matthew Wills has an interesting read on all the different ways snow can be colours other than white. Although you might think that there's only one reason for off-colour snow — and one that doesn't take a lot of scientific effort to identify — it turns out there's a variety of biological and physical causes for frozen water to be anything but white.

First off, there's algae: over 350 different species, which despite the far-from-friendly conditions — "near-freezing, nutrient-poor, acidic, sun-blasted slush" — manage to produce a whole rainbow of colours for melting snow.

Then there's the physics of why glaciers appear that unique shade of deep blue, or even turquoise. While snow reflects the full spectrum of light, thus appearing white to our eyes, hard-packed ice crystals absorb more red light than blue, and the reflected-back blue light is what gives glaciers their colour.

Wills' article is a good primer on these scientific quirks, but the underlying papers on algae and ice cores make for surprisingly good reads in and of themselves. You're probably surrounded by snow; might take the time to learn more about it. [JSTOR Daily]