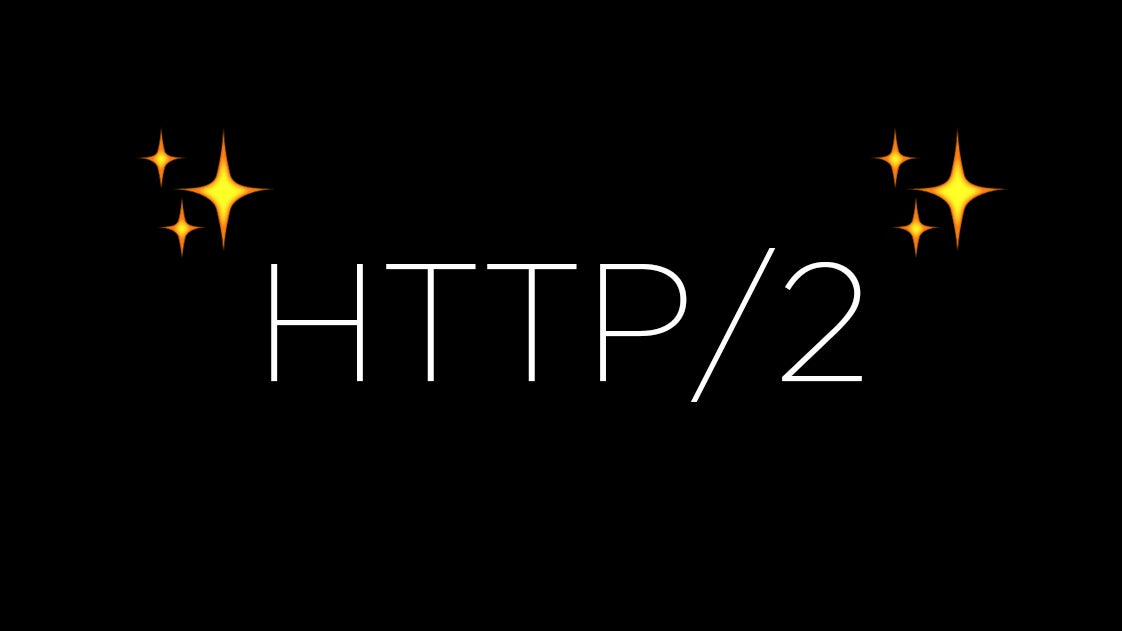 Have you heard? HTTP/2 is finally finished. That means that pretty soon webpages will load faster; connections will last longer; servers will respond to requests with more content. What’s not to like! But hold on a sec: What the heck is HTTP/2, again?

Put simply, HTTP/2 is a very overdue upgrade to Hypertext Transfer Protocol, the basic protocol that handles connections between a web server and your browser. The original development of HTTP happened way back when Tim Berners Lee first imagined his World Wide Web project in the late 1980s. However the version of the protocol we currently, HTTP/1.1, was officially introduced in 1999. Needless to say, the web has changed quite a bit in the past 15 years.

HTTP/2, like any good upgrade, will address some issues with the previous version, and as a result, your web browser will load pages more quickly. This is exciting — but it’s also rather revealing in terms of web history. As the internet’s evolved, web pages have steadily increased in size, like, a lot. Here’s a graph showing the increase from the end of 2010 to today: 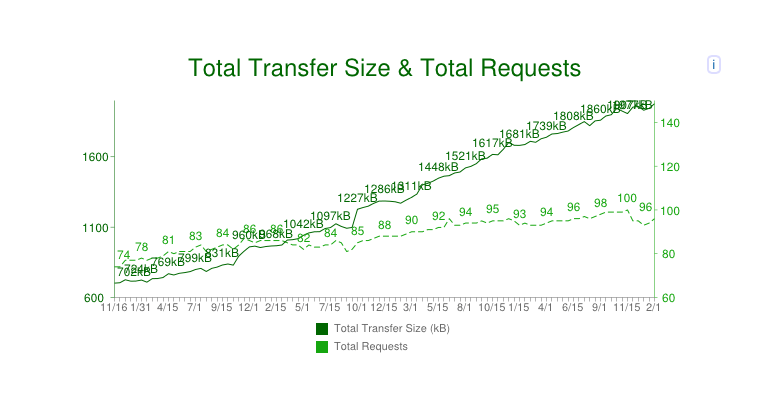 The way that HTTP/1.0 and subsequent version of the protocol is designed, the increased page size means more requests sent out “on the wire,” the more data gets duplicated, and the more duplicated data means more congestion on the network. Ultimately, your browser has to work harder, constantly issuing requests for more data, so that you can surf the web watching wacky science videos or listening to tropical house music or whatever it is you do on the web.

Enter HTTP/2. Developed by the Hypertext Transfer Protocol working group of the Internet Engineering Task Force (IETF), this new version offers a laundry list of solutions to decrease latency in order to improve page load speed. That was the main goal. Inspired by Google’s SPDY protocol — which is more or less a way to hack HTTP — the new HTTP/2 protocol set out to do away with that multiple connections approach and use a single connection that wouldn’t monopolize network resources.

There are a number of other more granular differences between HTTP and HTTP/2, like header compression and server push technologies. You can read all about them on the working group’s Github page.

Now you might be wondering if this new web protocol is going to break the wonderful web that was written for the old protocol. The answer is a solid nope — or at least hopefully nope. One of the working groups primary goals was to design HTTP/2 to be compatible with HTTP/1.1 and, well, not break the web. In fact, the new protocol is already being used by Firefox and Chrome. As it’s implemented across the web, you shouldn’t notice a difference except for faster page load times, especially on mobile.

There is a potential downside, sort of. HTTP/2 won’t work with certain types of encryption. However, it will open the door for better types of encryption, and browsers are using the upgrade as an opportunity to boost security. Rumour has it that Firefox and Chrome will soon only support HTTPS connections. (By the way, the “S” on HTTPS simply means that the protocol is run through a secure protocol, usually Transport Layer Security.)

All things considered, this upgrade is a full progress bar’s worth of good news.