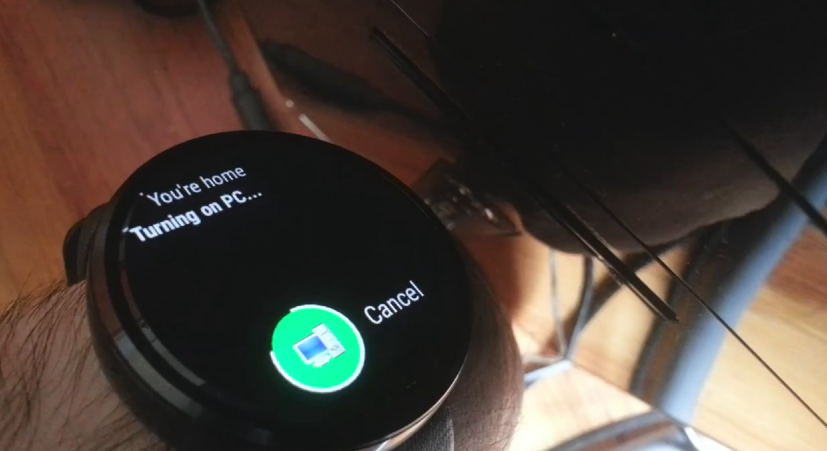 Maybe you’ve heard of Tasker. If so, welcome nerd. If not, it’s a robust but complex Android app that lets power-geeks (like me) program their rooted phones to do just about anything. Now, thanks to a Tasker plug-in called AutoWear, you can extend that sort of ludicrous control to an Android Wear smartwatch.

It’s absurd and it fills me with glee.

Like vanilla Tasker takes its cues from your phone, AutoWear can take input from your watch (like a series of shakes, or the press of a custom-made virtual button), and translate that into all sorts of actions you program in.

Turn on lights with a flick of the wrist? Sure. Create bespoke voice commands and use your watch to tell your phone to tell your computer to turn on when you walk in the door? Anything is possible if you put your mind to it. There’s smattering of awesome and questionably useful examples from AutoWear’s endearingly low-rent introduction video:

AutoWear is $1.70 on the Google Play Store, with a free trial. Also, it requires the $3 (and very worth it) base app, Tasker. Nerdy automation with Android devices is a deep rabbit hole to fall in, but it feels so good to pull off something cool. I can’t wait to check it out, come up with some absurd ideas, and immediately give up. [Android Community]