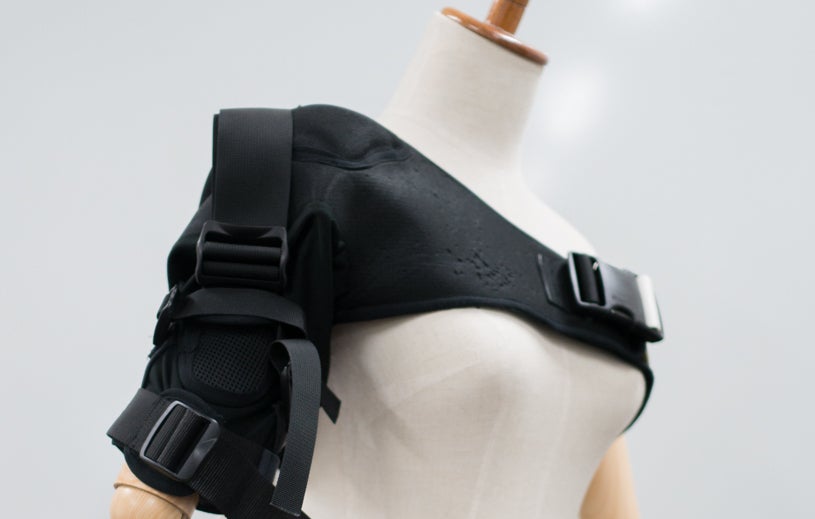 Exoskeletons can make it far easier and safer for workers to carry out heavy-duty labour. But not everyone needs to lift insanely heavy loads — and in those cases, something a little less robotic may just be the answer.

A new prototype designed by researchers from Hiroshima University in Japan claims to be able to enhance sensory and motor function in the upper body of the wearer. Referred to as the Sensorimotor Enhancing Suit (SEnS), it uses intricate understanding of the muscular and nervous system in our upper bodies to create an intelligently layered system of fabric.

Studies of perception of loading allowed the team to understand how the human body reacts to the forces it carries, and how the loads can be maximised with just a small amount of compensatory unloading at specific points of movement. Reducing the amount of voluntary muscle function allows for better sensing of the loads, the researchers claim, and in turn an improved ability to known when and how to apply more load.

The resulting prototype maximises how much force the wearer's upper limb can provide for a given loading, throughout a wide range of motion. Unlike other exoskeleton designs there's no rigid framework, motors or electronics. That means two things: firstly, that it will never take huge loads; but secondly, that it's light in and of itself. Not surprising, then, that its designers suggest that it could be used to improve the quality of life of the weak — the old and injured — as well as those that "work under extreme conditions."

It's not the first soft exo-suit we've seen. Just last year, scientists showed off a soft exoskeleton that you wear like a pair of pants to provide the wearer with extra strength to work. That system did, however, use on-board electronics. Taken together, though, they suggest that the future of exo-skeletons for most regular folks won't look like something out of Tony Stark's garage — instead, they will look more like an intelligent wetsuit. [Augmented Human, Hiroshima University, Engadget]