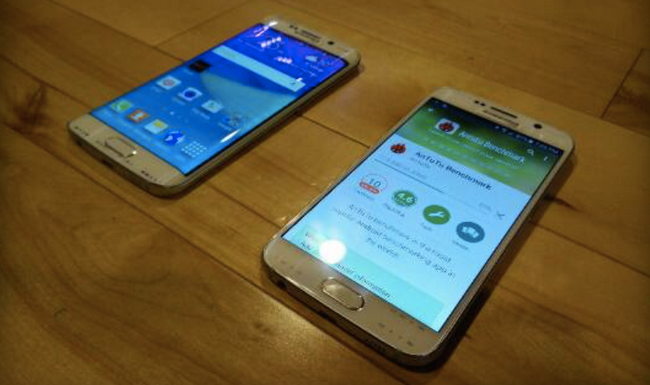 Samsung’s new flagship phone is due very very soon at this year’s Mobile World Congress, and we’re increasingly seeing leaked images of what it might look like. Now, another leak image shows what could the new S6 sat alongside its rather more radical, curved screen Edge stablemate.

Pictures posted on the xda-developers forum show what purports to be the new Galaxy S6 and the S6 Edge. If the image is accurate, it corroborates rumours reported earlier this month by Bloomberg which suggested that Samsung would release a flagship phone with a screen that covers three of its sides. Indeed, this pictures appears to show a display that curves on both sides of the device, though it’d difficult to tell for sure from the angle.

What the picture does show is that the screen appears to curve a little less than on the Galaxy Note Edge, where it acts as a kind of second screen for notifications and menu options. How useful a slimmer screen draped over the side would be, we’re not sure. The standard S6, meanwhile, looks similar to other leaks — and refreshingly different with it.

One thing we can be sure of is that it won’t be too long before we find out once and for all what Samsung has planned for its new flagships. Brace yourselves for the Mobile World Congress. [xda-developers forum via sammobile via Verge]