This Mechanical Keyboard Is Secretly An Android Computer 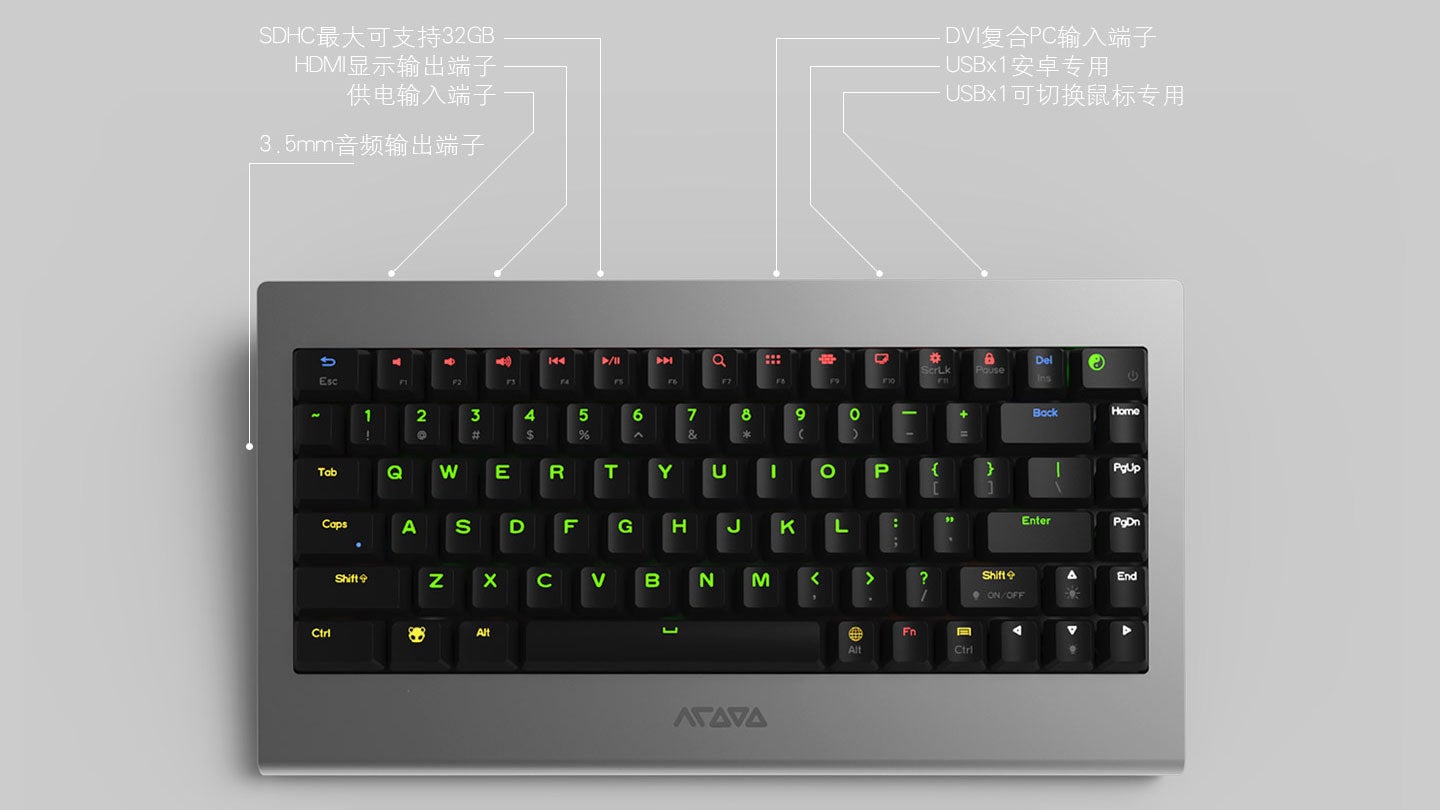 Your keyboard is boring — it doesn’t do anything special or unique. You could change that: some crazy bastards in China have built a keyboard that’s secretly a quad-core Android PC.

This thing is like a supercharged version of the Commodore 64: a keyboard with a power cable, USB plugs and an HDMI port. Plop it down in front of a computer monitor or TV and bam, you’ve got full-blown Android machine. It’s called the OneBoard Pro+ and, according to Google Translate, it hails from the “Bejing-Cool Computer Co.” If that’s not really the company’s name, I don’t want to know.

The idea itself is awesome, but the build quality makes it even better. This isn’t some cheap, mass-produced budget product, it’s a good-looking mechanical keyboard with an aluminium chassis, individually backlit RGB key-caps and Cherry MX switches. Nice.

You don’t even have to give up your real PC: this thing has a video pass-through that lets you switch between your normal computer and the typewriter’s Android guts (a 1.8GHz Rockchip RK3288 processor, 2GB of RAM and Android 4.4) on the fly. It’s completely ridiculous, and at $US300, I’m never, ever buying one. Probably. [OneBoard Pro+ via Geek]