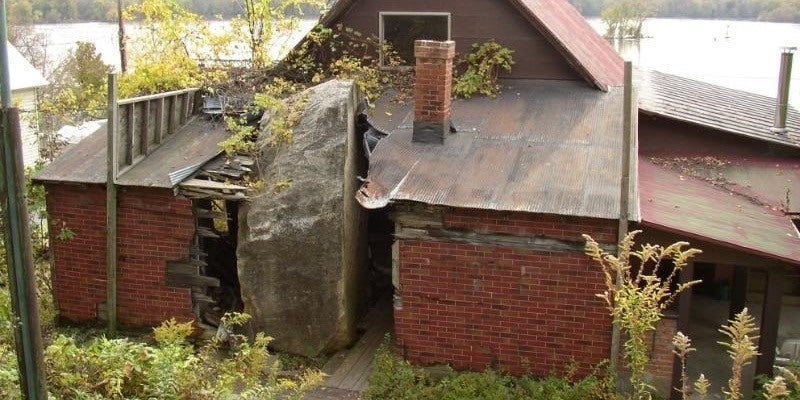 Sometimes, a disaster becomes a feature. This is an actual home in Fountain City, Wisconsin, which was almost crushed by the very rock that is now its most intriguing architectural detail.

The home sat at the base of a steep hillside and on April 24th of that year, a two-story tall boulder weighing 55-tons came careening down the slope, colliding right into the back of the back of the building. The couple that owned the place were home at the time of the impact and were almost crushed by the rolling stone. Luckily both were physically uninjured, although both had been sufficiently rattled to abandon the house almost immediately.

The next owner of the property, instead of paying to have the boulder removed (no small feat since it was lodged almost entirely into the house), simply decided to shore up the residence around the new addition.