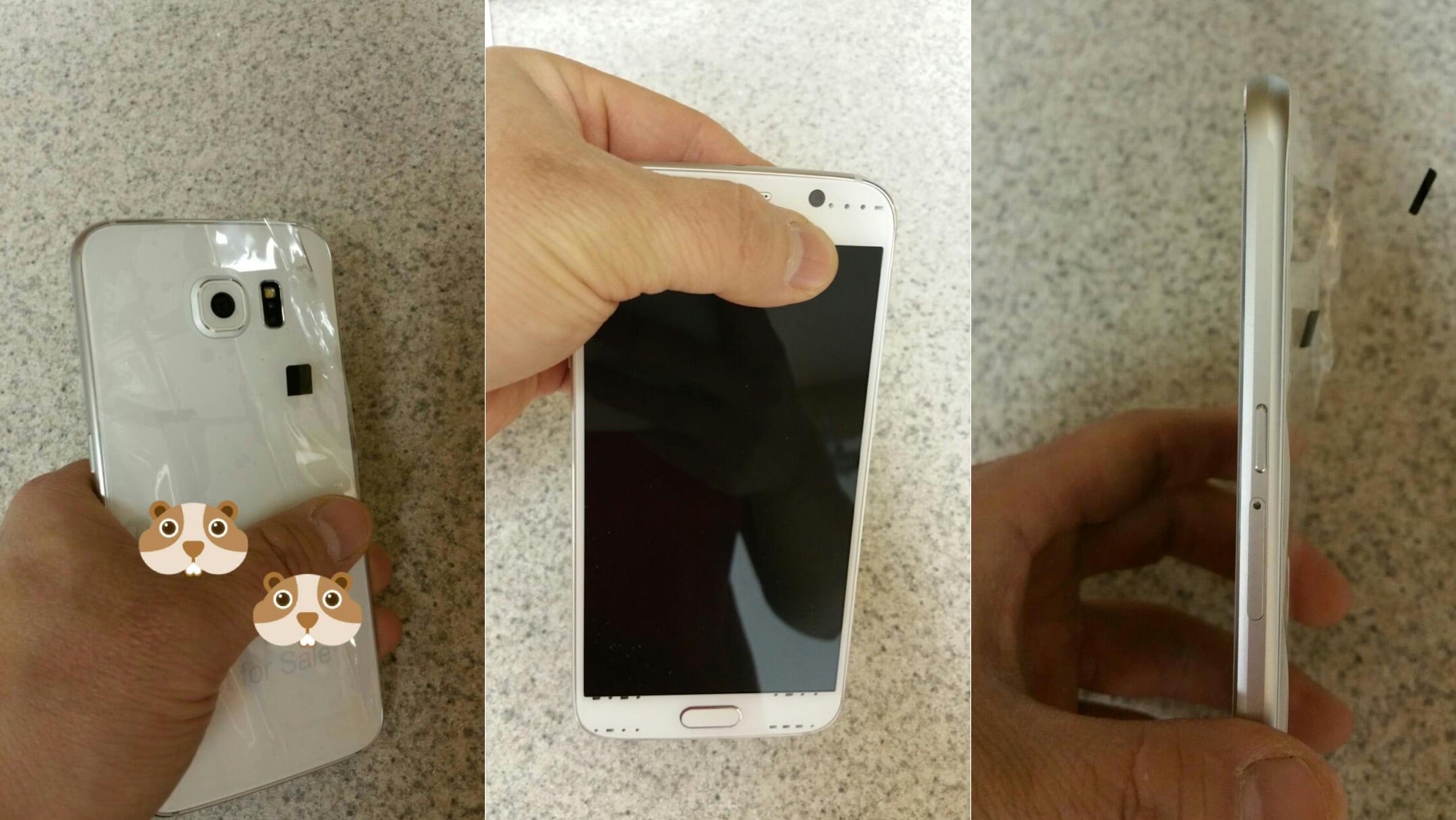 Samsung’s big new flagship phone is due out very very soon at this year’s Mobile World Congress, and Samsung has been teasing the shit out of it. But now, it looks like one may have made its way out into the wild. It looks refreshingly different.

The images, leaked by someone over on the XDA forums show a phone that’s a departure from the S-phones of the past. (And also some hamsters to cover up identifying information.) Remember the used-band-aid thing? Gone in favour of a smooth back that looks to be plastic, and not a metal back like some rumours have suggested. The edges though? They look like real metal instead of the fake stuff Samsung’s been fond of in the past. Also, damned if the bottom doesn’t look a whole lot like an iPhone 6, which lines up with other leaks we’ve seen. It’s impossible to know with leaks, but this looks pretty convincing.

The phone we see here also has rounded edges like the iPhone 6 instead of the more angled edges that were so great on the Note 4, which is kind of a bummer. But really it’s just nice to see something that looks very little like the Galaxy S5. We’ll find out if it’s the real thing very soon. But so far, it looks legit. [XDA via Android Police]