The Crazy Science Behind A Proposed Human Head Transplant 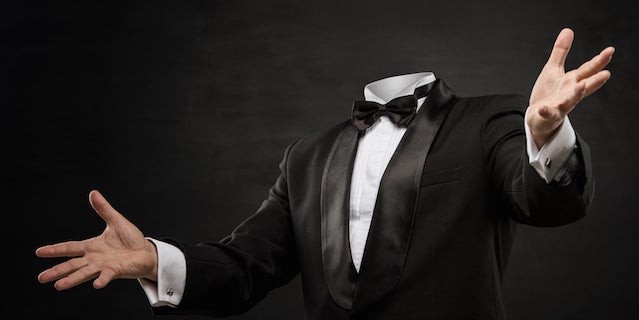 An Italian neuroscientist who has been advocating for head transplants now wants to make one actually happen. He’ll be announcing a project at a surgical conference later this year. Here’s a human head transplant will work — supposedly.

In 2013, Sergio Canavero of the Turin Advanced Neuromodulation Group proposed that human head transplants could soon be possible. Since then, he’s heard from several transplant volunteers, and New Scientist reports that Canavero will make a call to arms to find other interested surgeons at the American Academy of Neurological and Orthopaedic Surgeons annual meeting this June.

Canavero’s plan sounds pretty absurd, but the science of head transplants — at least in animals — is not as sparse as you might first think. The first head transplant in monkeys was done back in the 1970s, and the monkey lived for nine days. Its immune system eventually rejected the transplanted head, which is a major problem with such large transplants.

An even bigger problem, though, is how to fuse the spinal cords so brain and body are actually connected. (The monkey with a transplanted body — or was it a transplanted head? — couldn’t move.) Canavero recently published more details what he calls the GEMINI spinal cord fusion protocol. Here’s how New Scientist summarises it:

The tissue around the neck is dissected and the major blood vessels are linked using tiny tubes, before the spinal cords of each person are cut. Cleanly severing the cords is key, says Canavero.

The recipient’s head is then moved onto the donor body and the two ends of the spinal cord — which resemble two densely packed bundles of spaghetti — are fused together. To achieve this, Canavero intends to flush the area with a chemical called polyethylene glycol, and follow up with several hours of injections of the same stuff. Just like hot water makes dry spaghetti stick together, polyethylene glycol encourages the fat in cell membranes to mesh.

Next, the muscles and blood supply would be sutured and the recipient kept in a coma for three or four weeks to prevent movement. Implanted electrodes would provide regular electrical stimulation to the spinal cord, because research suggests this can strengthen new nerve connections.

Of course, this protocol is mostly theoretical. (A Chinese neuroscientist will be attempting it for the first time in mice and monkeys.) Even Canavero’s paper states that only 10 to 15 per cent of the neurons will likely fuse. Yet he tells New Scientist that people could walk again a year after the procedure.

Other neuroscientists are, let’s say, pretty sceptical about the whole deal. “This is such an overwhelming project, the possibility of it happening is very unlikely,” Harry Goldsmith, a clinical professor of neurological surgery at the University of California, Davis, told New Scientist.

That’s not to minimise the impact of surgery that lets people who want extend their lives as their physical bodies fail. But there are so many ethical problems — on top of the scientific ones — that it’s unlikely to happen in two years as Canavero claims. But who knows what transplant possibilities the future holds. [New Scientist]