The Best Apps In Microsoft’s ‘Garage’ 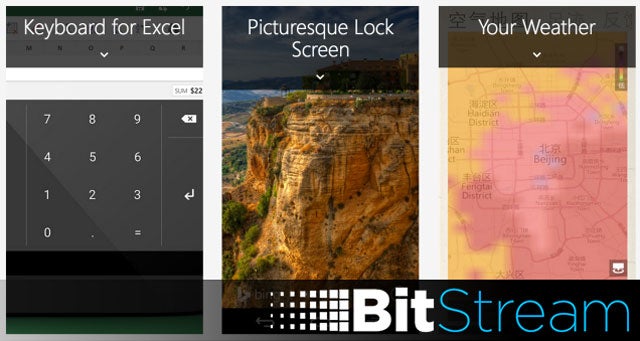 Looks like we’ll have Android Pay to answer to Apple Pay, and the RadioShack name may wind up in the hands of some millionaire . Welcome to Bitstream, all the best news tidbits and rumours you missed in the last 24 hours. Goes down great with a cup of coffee.


Microsoft just made a bunch of experimental apps available for consumers to try. They were cooking in the company’s hacker/maker incubator called “Garage,” natch, and now are downloadable for Android, Windows phone and iOS (though mostly Android and Windows). Check. It. Out. You never know what weirdly wonderful things you can find in a garage. [Microsoft]

Android is getting all mixed up in your work, offering business level security so you can finally ditch that BlackBerry. [Google]

This is a neat little neat thing, a door lock that opens your front door with your own custom knock, reviving those old childhood days of secret knocks and pillow forts. [ Kickstarter]

Google is telling towns to “make it easy” for Google Fibre or “enjoy your TWC,” which kind of sounds like a threat but also the truth. 🙁 [Engadget]

WordPress has a bazillion Tweet-related plugins, but finally Twitter goes legit with its own official one. [TechCrunch]

Android now has Softcard, so Android Pay is on the way. In fact, rumours say it will be here within a couple months. (Think May). [Ars Technica]

The LG Watch Urbane sounds like the Swiss Army knife of Android Wear watches, including 4G LTE and NFC (among other things). [Android Community]