Terrorize The Skies With A Prehistoric Flying RC Pterodactyl 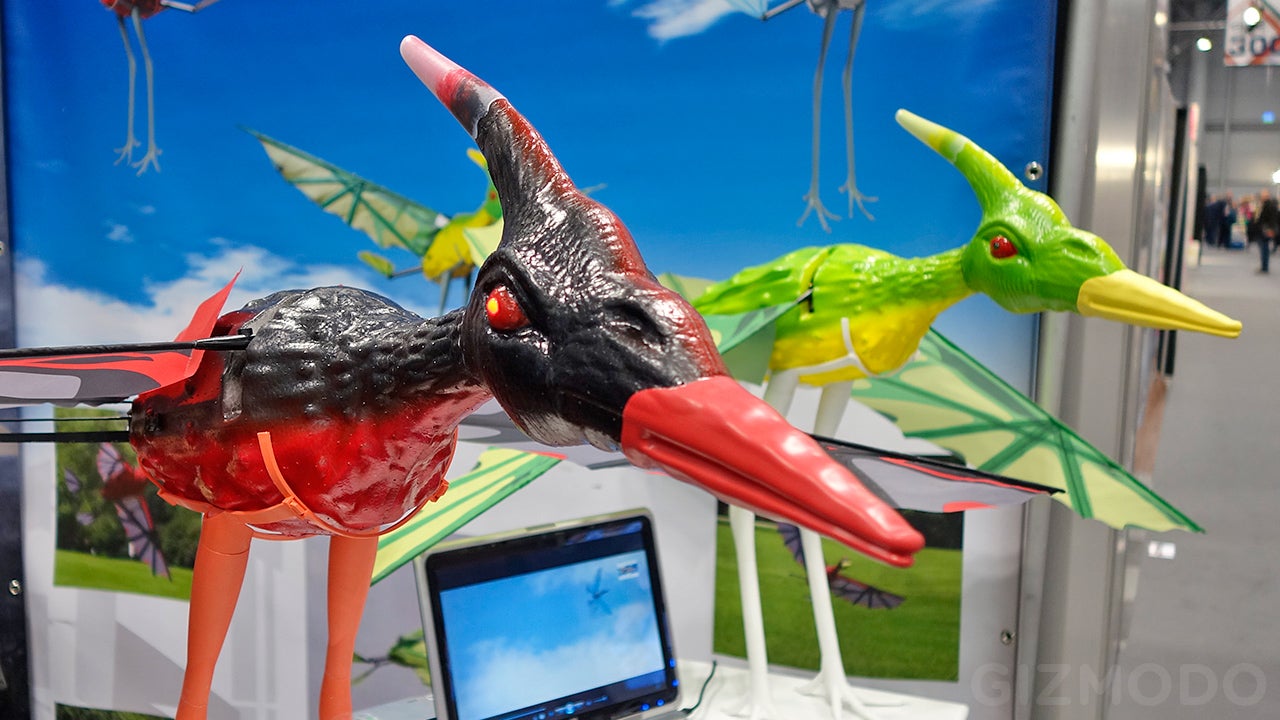 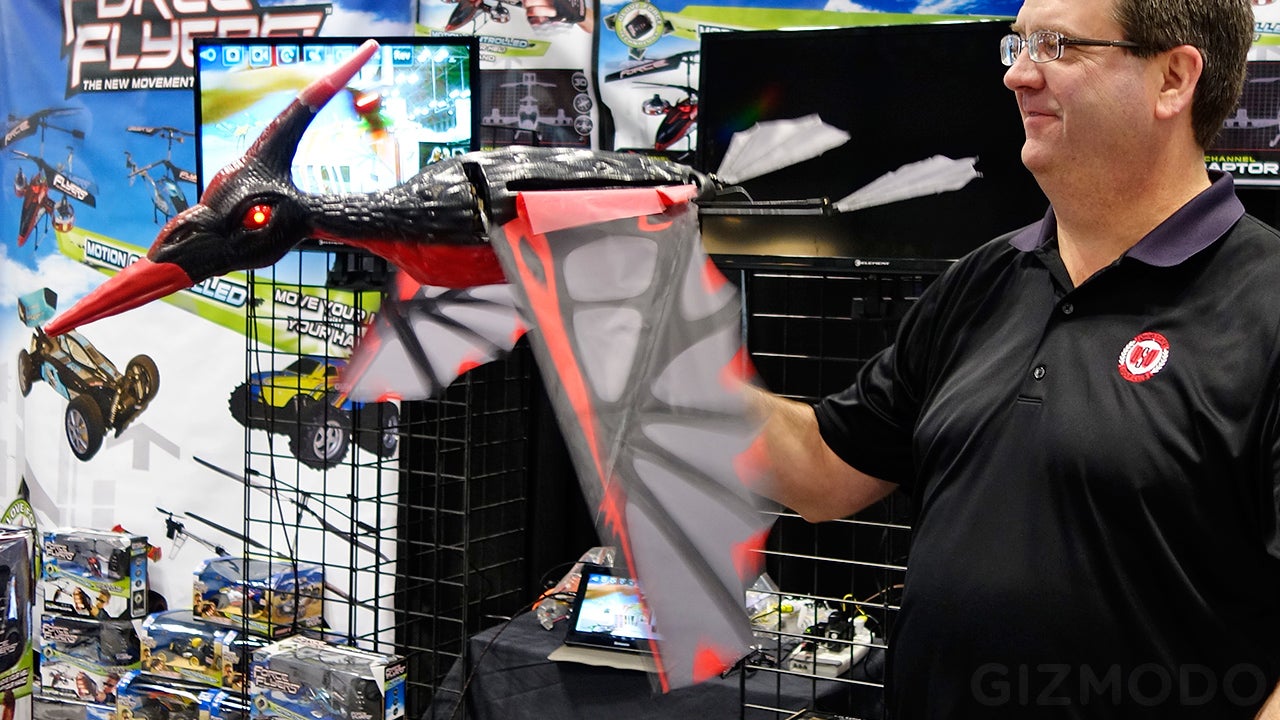 In the air it's considerably quieter than an RC plane because there are no propellers or ducted fans to keep it aloft. Just a pair of large flapping wings and a pair of independently controlled feet that serve as flaps for steering, climbing, and descent.

Available later this year for around $US300 — no Aussie price or release date just yet — it includes a full wireless remote, giving it a flight range of around 300 metres. On a single charge you can expect around 12 to 15 minutes of flight time, which is more than enough to swoop down on a handful of unsuspecting victims. [PaulG Toys] 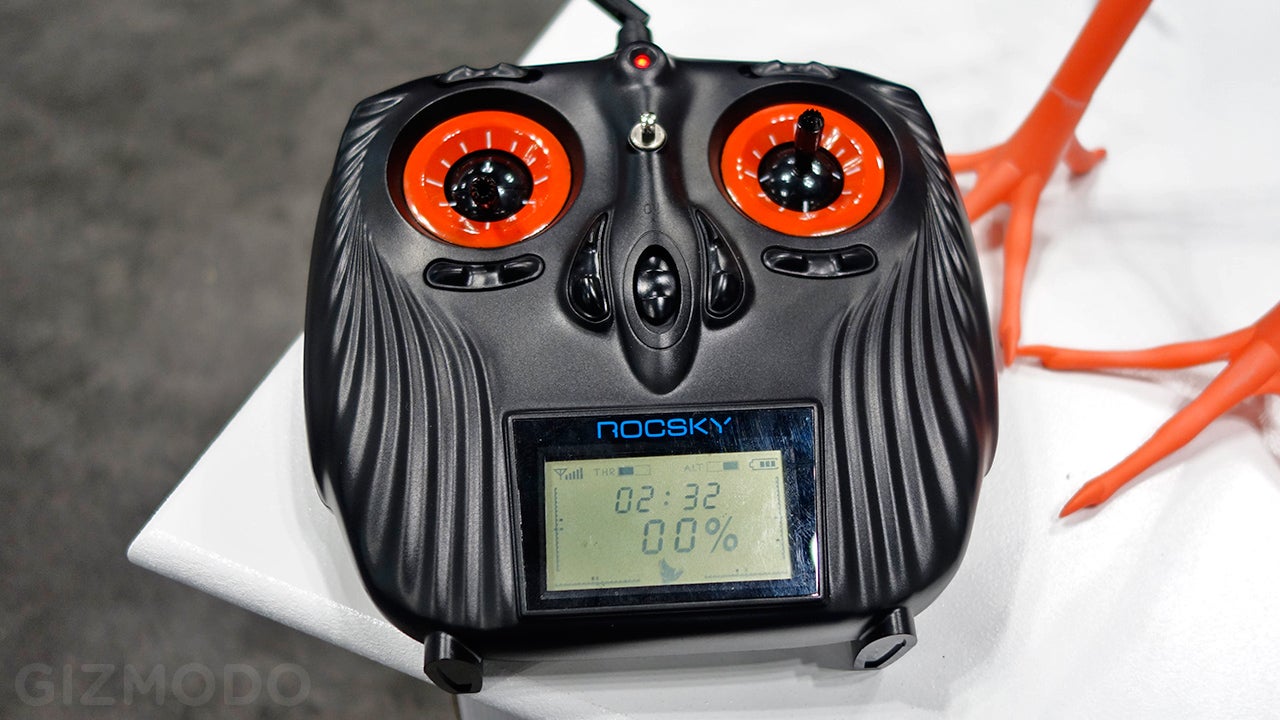 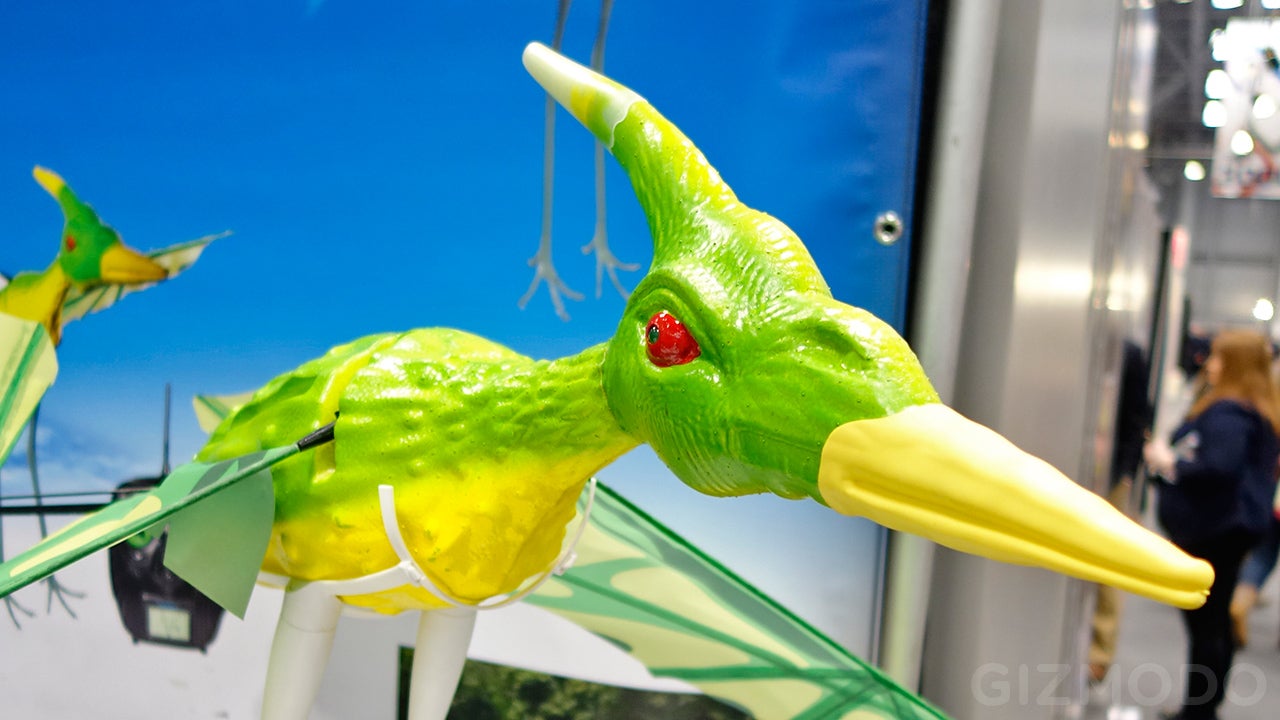