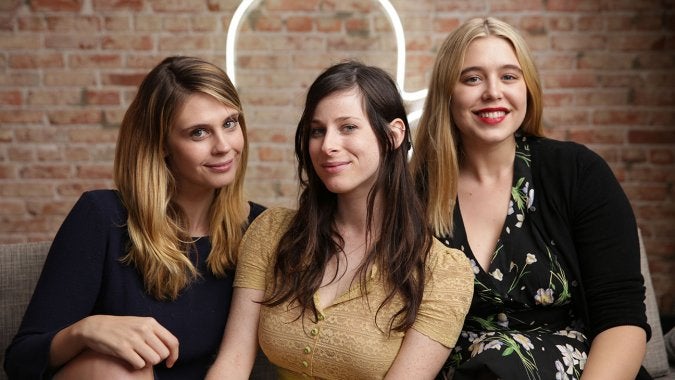 Keeping with Snapchat’s whole disappearing schtick, you can only watch it for 24 hours and then it will vanish, like a rare flower that blooms but for the briefest window, except the flower is an Adderall-addled streaming content cocktail from two floral-clad, cleanse-lovin’ Hollywood scions and the bloom is a day-long time slot on a messaging app that desperately wants to enter the content production game.

I have reviewed it based on five key factors:

Look: This is a weird experiment. Snapchat is mostly a messaging app. I don’t think that’s enough reason to immediately dismiss the stuff they put out — when webseries started appearing on YouTube, they were treated as forgettable larks, and now it’s practically required for up-and-coming writers and actors to dip into online video. And Amazon started as an digital bookstore and now it’s winning Golden Globes for cinematic, thoughtful television shows, so stranger things have happened.

So treating Snapchat like it could never produce genuinely good stuff is a mistake. Unfortunately, Literally Can’t Even is so far from Broad City and Transparent it’s difficult to compare them. It’s more Citizen Can-U-Not than Citizen Kane, an unfunny vanity project that regurgitates internet-speak like it’s inherently comical and whiffs hard at the zeitgeist.

The production value is pretty good, at least, I think! But oof, the writing. The closest thing I can compare it to is an Elite Daily article turned into a TV show. It’s like someone reverse Google-translated a Quebecoise summary of Broad City and read it to two filthy rich adult babies from L.A. who decided to do a remake with more of an Entourage-y vibe, but shorter, and on your phone, and bad.

I’m not entirely convinced that isn’t what happened.

Quantity: Objectively Too Much


Five minutes was, somehow, way too much of this show. I would have liked it better if it was just the opening credits, where the girls get squirted with a water hose.

I texted my 19-year-old brother and asked him what he thought. He has not responded. Sam, I hope you didn’t lose your phone again!

Wow!!!!! They knocked this one out of the park and into a very fancy park for rich people we don’t even know about. Impressive nepotism going on here for SURE. The leads/writers are Sasha Spielberg and Emily Goldwyn, daughters of Dawson Leary’s favourite director Steven Spielberg and legacy film producer John Goldwyn. Good stuff.

I literally could watch it, on my phone, on my couch. Misleading.