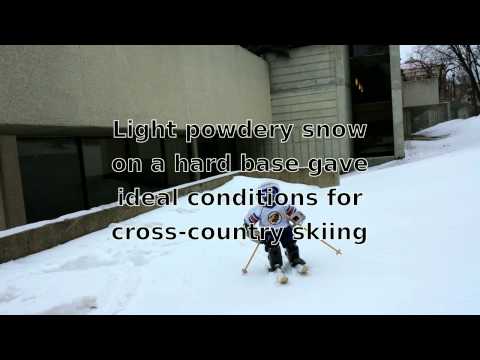 Up until today, my plan for the robot takeover had been to flee to northern Canada, where deep snow and grizzly bears would keep me safe from Skynet. But not any more, because some smartarse decided to teach the droids to ski. Great work, guys.

This stellar piece of robotics hails from the University of Manitoba (gee, thanks Canada), where snow-loving scientists have taught their adorable hockey-playing robot, Jennifer, how to ski. It looks harmless! Cute little Jennifer, with her adorable wooden skis and hockey jersey, making slow but determined progress across the campus. But don’t be fooled: it won’t be long until this little robot is throwing cinder blocks with the best of them.

Our impending doom aside, the skiing robot is actually a fairly impressive feat. Jennifer has mastered cross-country and alpine skiing, with a vague approximation of both a diagonal stride and a snowplough putting her a ways above most human skiers of the same size. [University of Manitoba]