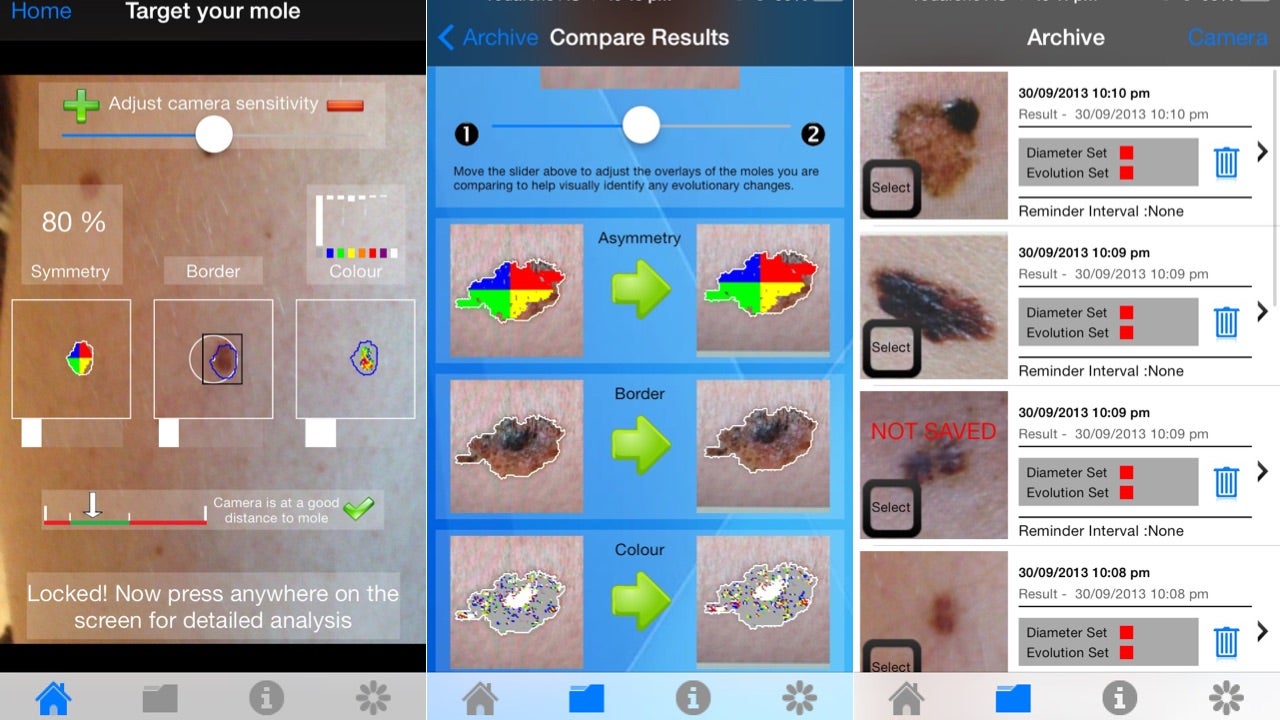 A slew of apps have cropped up touting the ability to diagnose any number of diseases over the past few years, and now thanks to the federal trade commission in the US, at least two of them will have to stop. Because science isn't backing up any of it.

The apps currently in question, MelApp and Mole Detective, both previously claimed to be able to help users "detect symptoms of melanoma, even in its early stages." Supposedly, by snapping a picture of the offending mole and tapping in some additional mole-related info, the apps would then be able to tell you were at a low, medium, or high risk for melanoma. Which would be great if it didn't have the potential to be so wildly dangerous.

Because despite a total lack of evidence, Mole Detective's marketing materials claimed that "Mole Detective does the work for you, automatically identifying and measuring symptoms of melanoma." While MelApp went so far as to cite its "highly sophisticated patent protected state-of-the-art mathematical algorithms and image-based pattern recognition technology to analyse the uploaded image." Highly impressive claims that, again, the FTC found to be based on nothing.

So now, thanks to a newly announced FTC settlement, the marketing agencies behind the apps are barred from making any such statements from here on out, in addition to paying a hefty fine (around $US18,000 in one instance). And while this certainly doesn't mean all apps making fantastical health claims will suddenly disappear, it does at least serve as a reminder that, as grossly dependent as we are on our phones, there are indeed some things they can't do. You know, like get a medical degree.

Why Australia Has Its Own Space Agency In Adelaide

Sarah Basford 20 Feb 2020 12:00 PM
Australia has officially opened its own space agency in Adelaide after it was found to be the only country in the OECD without its own.