Is That A VR Headset In Your Pocket? 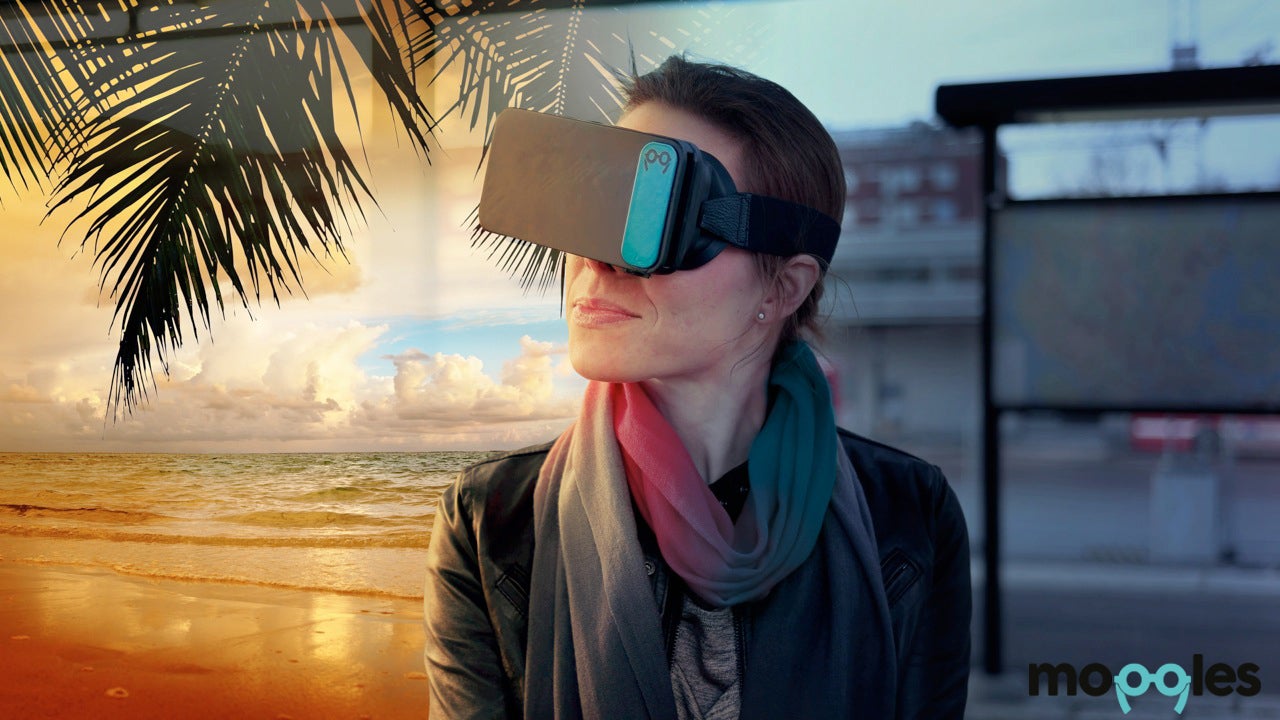 Oh, it is a VR headset. How the hell did you fit that in your pocket? It’s collapsible? OK, we need to talk about this.

There’s been a lot of talk recently about cramming your phone into a VR headset, but nobody’s talking about one of the biggest problems with that idea: Phones are portable but bulky headsets aren’t. So, here comes Moggles. A Swedish company designing a foldable VR headset large enough to strap a 5.7-inch phone onto your face but small enough to fit in a jacket pocket. It’s a great idea.

The prototype shows a lot of promise: Its a set of adjustable optics embedded in a thick, malleable rubber mask that collapses into a plastic frame. Basically, everything folds into the part of the headset that holds your phone — and the leftover cavity space is designed to hold a Bluetooth gamepad, too. The whole kit and caboodle fits into a zipper case that fits in your pocket or bag. Assuming the VR experience is up to snuff, it’s hard to imagine why I would want anything else.

Well, there is one reason. Things like the Samsung Galaxy Gear and Zeiss VR One actually exist– — Moggles is just an Indiegogo prototype for now. Even so, it’s something VR companies should be thinking about. Why would we want a smartphone VR headset that isn’t as portable as our phones?