Google's Best Cheap Smartphone Is Back 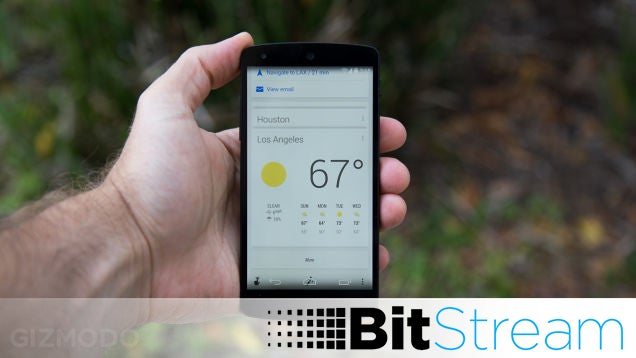 BitStream is a one-stop, full-course meal of technology news and rumours you may have missed yesterday. Let's dig in.

The reports regarding the Nexus 5's death have been greatly exaggerated.

Google crazy good and crazy cheap smartphone was finally resuscitated and marked "for sale" on the Google Play store yesterday in both 16GB and 32GB options. For the last couple months, Google has let its 6-inch phablet monster, the Nexus 6, be the flag bearer for the pure Google smartphone experience. Now that the Nexus 5 is back, we all once again have a sanely sized (and sanely cheap) smartphone option.

Andoid Lollipop is a slow burn

Android has always had a bit of a problem getting all its smartphones around the world running the latest and greatest operating system — and Lollipop is no exception.

According to Android, Lollipop is officially on the board with only 1.6 per cent install base over say 40 per cent using KitKat (or even the 7 per cent using Ice Cream sandwich). Google's latest software has been out in the technological wild now for about three months, and many smartphones from HTC and Motorola's Moto X (2014) are still struggling to push out updates to their users.

But at the very least, Lollipop has more installs than 2010's Froyo. I mean, seriously Froyo? [Android]

Ever lusted after a Wi-Fi router? You'll lust after Eero

Historically, Wi-Fi routers are some the ugliest, least intuitive gadgets you'll ever use. That's why Eero is such a revelation. Designed by the same genius behind the Nest, this future-forward Wi-Fi router makes it easy to create an intelligent mesh network in your home. Need to make it bigger and faster? Just add another Eero.

What's really revolutionary about the Eero, though, isn't what's inside but rather what it does. It makes complicated Wi-Fi set up and maintenance a thing of the past, with an intuitive interface for your smartphone. The corresponding Eero app lets you set up a network in less than 60 seconds. The app also makes it easy to invite guests to the network in one tap, manage all of your connected devices — without the need for an impossibly long password — and make monitoring the network security a cinch.

But it will cost you. You can pre-order a single Eero for $US125 right now, though that price will go up to $US200 when the company starts shipping. To enjoy the full experience of an in-home mesh network, however, Eero recommends you buy a pack of three routers. That will cost you $US300 during the pre-order period and $US500 thereafter. [Adam Clark Estes]

Apple Watch is still a couple months away, but we're slowly learning all the news stuck in its orbit, including this new iPhone icon. http://twitter.com/markgurman/status/562335722166702080/photo/1

Mobile World Congress is usually a technology circus reserved for smartphones, but HTC may be ready show off its first wearable, too. [Ubergizmo]

Here's one that I'm hoping is true. Microsoft is getting ready to push out Windows 10 for phones on the Insider program this Wednesday [Feb. 4]. [IBTimes] 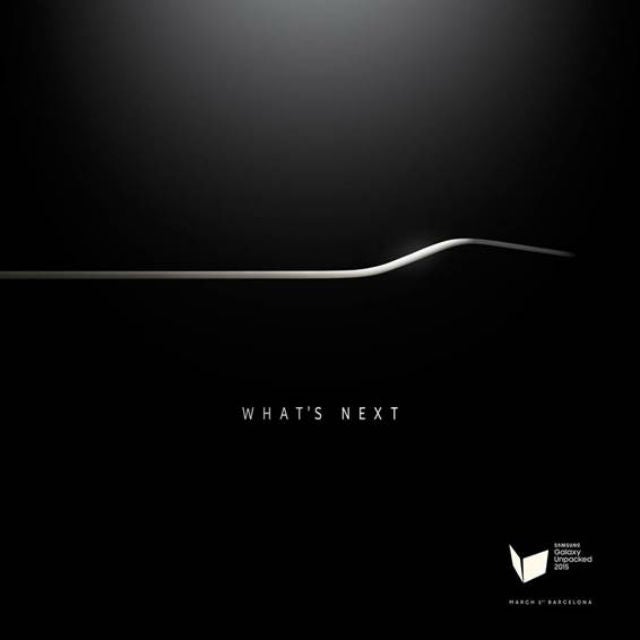 Samsung sent out invites to Barcelona yesterday, and as tech invites often are, people have been picking it apart. The latest theory is that the outline is the strange contours of the new Galaxy S6. Looks ... like something.

Twitter's new instant timeline is designed for the late adopter in mind by filling up new newsfeeds with content by analysing your phone's contacts, who they follow, and what you might like. [The New York Times]

Tinder is prepping the release of its new paid-for dating app, Tinder Plus. One of the nifty features? A back button for all those regretful left swipes. [TechCrunch]

Pebble has sold over a million smartwatches. Go them. But we haven't seen anything new from Pebble in more than a year — that's changing in 2015. [The Verge]

A possible slip-up by a Qualcomm exec confirms that a "best in class" Lumia smartphone is coming, powered by the Snapdragon 810 processor. [Gigaom] 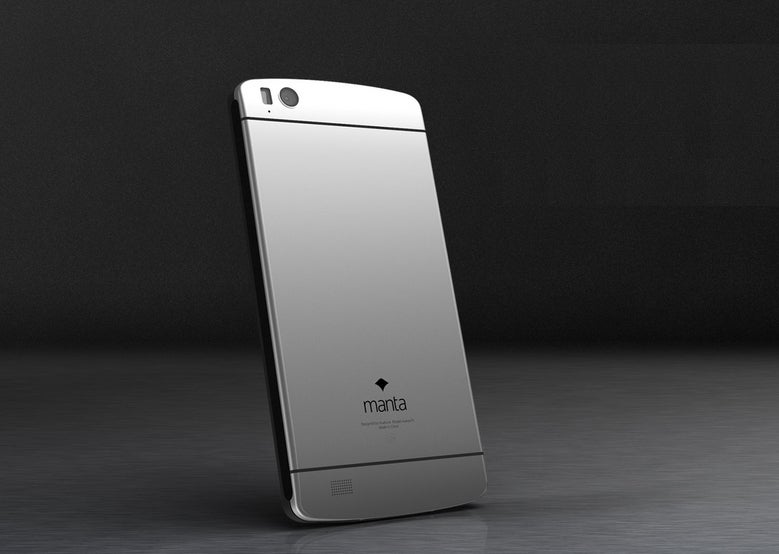 See anything missing from that phone up above? Yep. Hardware buttons. The Chinese smartphone Manta 7x uses capacitive buttons and touch sensors for everything. [Android Headlines]