F**k It, I’m Going Back To Firefox 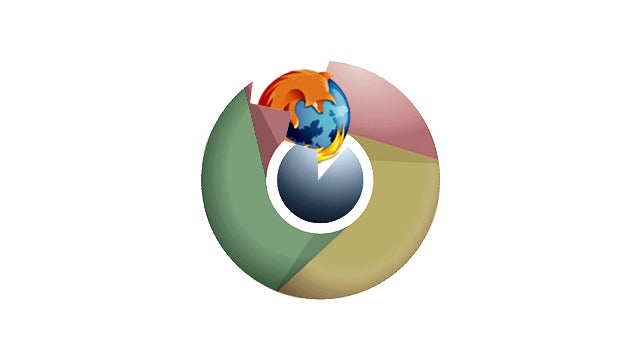 Remember when we all switched from Firefox to Chrome? Chrome was stripped down, simple but fast as hell. It was like browsing the web on a whole new computer. These days Chrome is bloated, slow and constantly crashing on me. I’ve finally reached the breaking point.


I’ve been revving myself up to switch for a while now, as Chrome has steadily gotten worse and worse. The writing has been on the wall for years. In 2011, Google was already “aggressively looking at options to bring down the size of Chrome distribution binaries.”

Of course the install size is nothing compared to the memory usage problems. A cursory Yahoo! search (Yep, I am really using Firefox right now!) turns up all kinds of complaints and pleas for respite, sprinkled across the years. But more damning is just opening up the task manager to see for yourself.

Fresh off a reboot, handful of tabs open in each. WTF are you all “helping” with?

Add in frequent crashes — of Chrome on the whole, or just the Flash player — lock-ups, and a half-dozen tabs that auto-open on launch thanks to the dozens of extensions I’ve accumulated over the years, and I’ve had enough. I just can’t take it anymore.

I’ve known things were bad, but what pushed me over the edge to actually switch was when I fired up Safari yesterday, to make sure that an issue I was having with Gizmodo dot com was not Chrome-specific (BECAUSE I WOULDN’T BE SURPRISED IF IT WAS). It blew my god damn hair back. It was… fast!

Why Firefox instead of Safari then? Mostly the same reasons I didn’t switch to Opera or something. Firefox isn’t the fastest or most stripped-down browser out there. In fact, it was the one bloatwared up when Chrome first came along. But at this point, it’s performing far better than Chrome (for me, so far) while still offering a lot of the same now-necessary creature comforts that kept me in my Google-based browser prison for so long.

Firefox has a big library of extensions (including obscure must-haves like Cloud-to-Butt Plus). Firefox has an Android app, should I eventually choose to take the plunge and ditch Google’s browser on my phone too, instead of just using Pushbullet to get things back and forth between my phone and computer for now. It’s even doing cool (if superfluous) shit like supporting the Oculus Rift! But most importantly, it’s an asston faster — and so far, more reliable — than Google Chrome.

Switching isn’t hard. Importing Google history and settings into Firefox (an option you get on install) is like coming home to a new house to find that most of your stuff is already there. I’ve had to go hunt down a few extensions (LastPass, for instance) and switch the default search engine from Yahoo! to Google. Also, weirdly, Gmail refused to load until I cleared my cache. But otherwise the transition has been pretty painless. Waaaaay easier than I thought. Why did I put this off for so long?

If you’re sick of the crashing, the memory hogging, the performance issues, the bloat, just do it. Switch. You know you’ve been thinking about it, and I am here to push you over the edge. Download the latest version of Firefox and you’re off to the races.

It’s good to see you old friend. I didn’t realise how much I missed you.