Lovely though it is in person, Chicago can seem like a grim, grey place on film. So when the Wachowskis decided to film key moments of their new movie Jupiter Ascending there, they didn’t just wait for the most beautiful light — they built a whole new type of camera to capture it.


Really, that shouldn’t surprise anyone. The Wachowskis have given us some of the most memorable and compelling visuals of the past two decades in their films — from the bullet-time shots of the Matrix to the textured cityscapes of Cloud Atlas. Their latest film, the alien-aristocracy-versus-earthly-underdogs space opera Jupiter Ascending, is the kind of movie you’d expect to be filled with revolutionary, whiz-bang VFX. Less expected? That it would rely so much on scenes filmed in meatspace — with a camera unlike anything that’s been built before.

If you’ve seen the movie, you know that an elfin Channing Tatum spends a significant chunk of it above Chicago, hurtling between towers thanks to a pair of rocket boots. The Chicago you see in those scenes isn’t artificial. It was filmed with a camera rig built by Pictorvision, a Van Nuys-based camera company.

Pictorvision specialises in building electronically stabilised systems to shoot aerial scenes. Its most well-known rig, the Eclipse, lets directors choose what type of film or lens to use during aerial shots, and controls the camera with a specialised system for stabilising the vibration-prone helicopter shots and more sensitive controls. The Eclipse has been hugely popular over the past few years — it was used in shooting half of the top ten highest grossing action films in 2011.

A video of the internals of the MultiCam array shows stabilisation control.

But as Pictorvision’s president, Tom Hallman, explained to me recently, the company set out to build something completely unique for Jupiter Ascending — roughly six times as unique.

The camera Pictorvision built for the Wachowskis — called the Multicam Array — uses six off-the-shelf 5K Red Epics, arranged in two rows of three. Each individual shot is stitched together, thanks to Pictorvision’s software, into a single rich, panoramic shot — almost up to 36K, according to Hallman. But let’s back up for a second. Why would any director need that much resolution? What do all those extra pixels add to Jupiter Ascending? The answer lies, surprisingly enough, in how the Wachowskis wanted to capture Chicago.

Speaking to Meredith Woerner at our sister site io9, Lana Wachowski explained that the goal was to film Chicago as it really looks for a few minutes at daybreak:

So we went up there’s this one period, right before the sun breaks, where the sun is bouncing off the lake and the sky and it lights up the sky in this indigo, rich blue. And the L train and all the city lights are still orange. And the twinkling of the city slowly going down and the sun slowly coming up. This transitional period is exquisitely beautiful. We’re with John Toll and he’s saying, “Oh my god it’s amazing. What do you want to shoot: a kiss scene, a romance scene?” And we said “We want to shoot the chase!” And he said, “No, really?” And he looked at his watch and the period of time lasted about 6 minutes.

In other words, the entirety of Jupiter Ascending’s aerial city scenes had to be filmed in six minute increments. Six minutes, hovering over the country’s second biggest city, every morning, until they got the shots they needed. Faced with an entire summer of aerial shooting, a camera that could shoot at an astoundingly high resolution became a priceless tool.

“The problem we solved was the ability to get very high resolution plate shots extremely quickly,” Hallman says. “Normally, when time is not an issue, we would simply do multiple passes. In this case we were able to get everything they needed in one or two passes, while the lighting matched.”

But the visual effects team on the movie didn’t stop using the Multicam Array when the aerial shots were done — filming at such a high resolution had unforeseen benefits, and the crew ended up using it elsewhere, too, like on a shoot from a boat in the Chicago River.

Because of its super-wide, super-detailed, super-high-res output, the Array made it possible for the team to crop a 2K or 4K “thumbnail,” as Hallman calls it, out of a given shot and blow it up to full size. 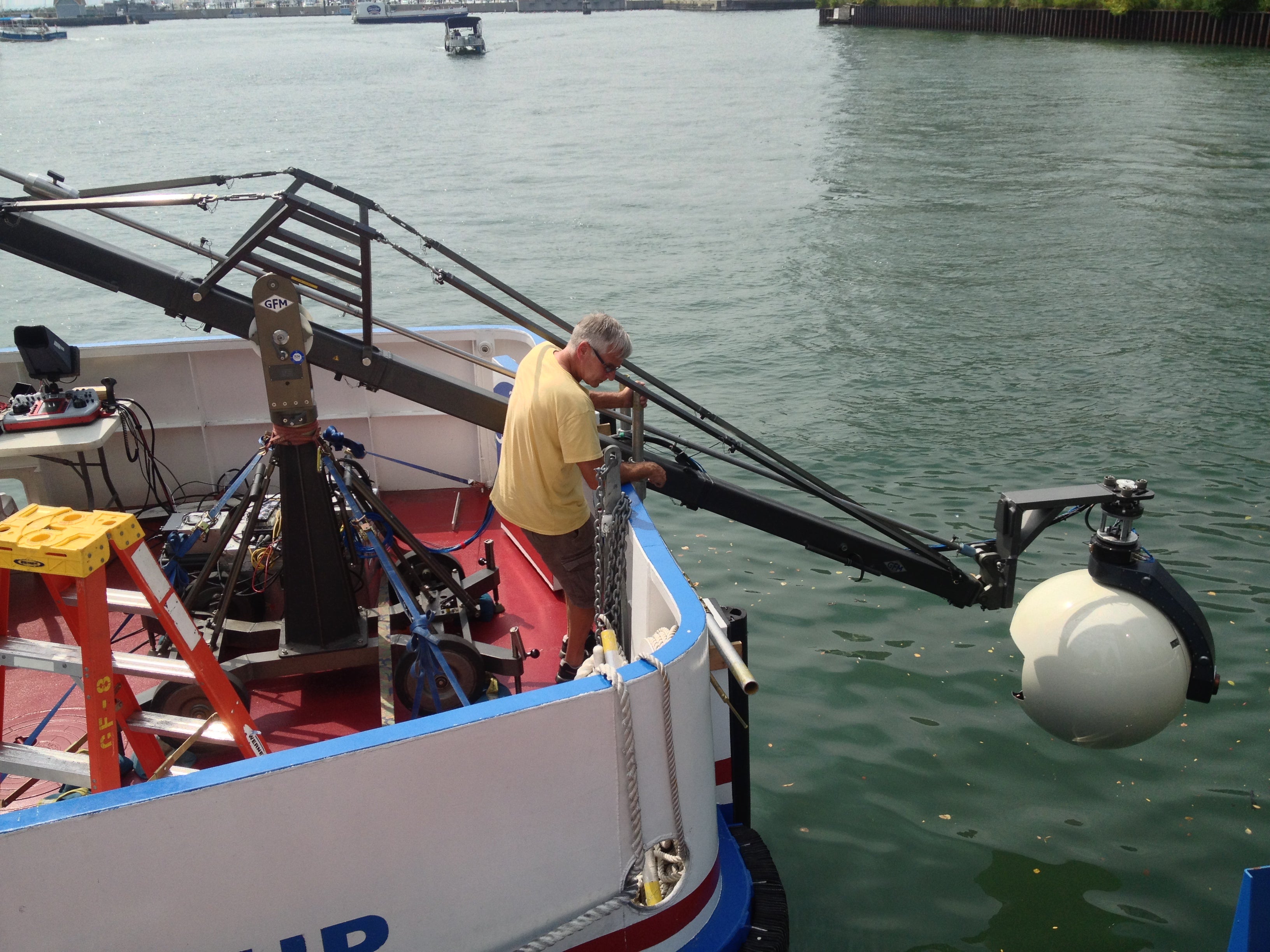 “In other words, they can film it once then re-do the composition (framing) as many times and as many different ways as they want,” Hallman says. “That’s really helpful especially when doing shots where CGI things that fly will be added later.”

Essentially, the Array let them re-shoot scenes by zooming in and re-framing certain shots during editing — it’s that high res. In the film, the shots look deep and rich. Gizmodo Editor-in-Chief Annalee Newitz, who saw the film earlier this week, said that “the whole world was bullet time” in those moments.

Since Jupiter Ascending wrapped up filming, the Array has spread — it’s now been used in the filming of Annie, Avengers 2, Jurassic World and Fast and Furious 7. That’s no huge surprise, in light of the sheer expense and time it takes to stage an aerial shoot — any shoot, really — in a movie. A camera that lets you reframe and select certain portions of footage is a godsend.

So if you see Jupiter Ascending this weekend, pay close attention to those aerial shots. The lighting, the colours, the grit of its ageing towers — it’s all real, and it was all beautiful enough to inspire a camera that’s changing how movies are filmed.