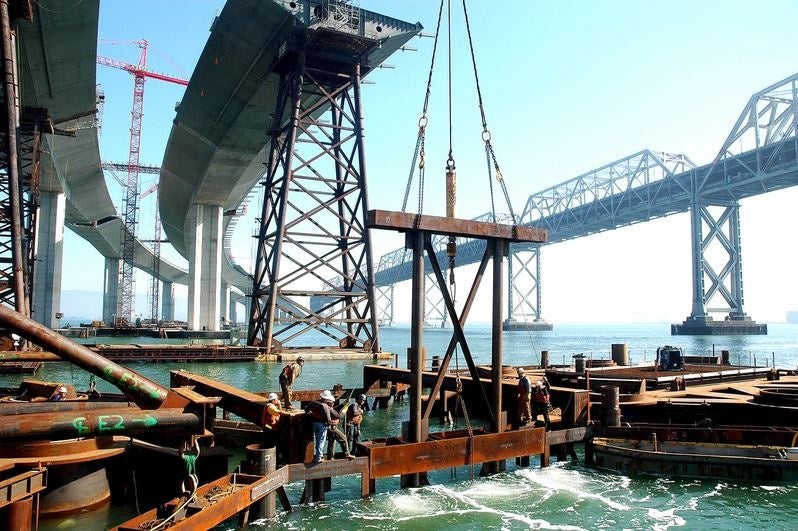 We take giant man-made structures for granted. Whether erected in decades long gone or constructed anew from a distance, they are just there. When Joseph Blum set out to photograph the building of the new Bay Bridge connecting San Francisco and Oakland, he wanted to get face to face with action bringing such a project to life.


The scenes depicted in Blum’s photos turn the image of an elegant finished bridge into a battle of raw gravity, materials and machination. Some of them don’t even look of this earth!

Depicting the actual work of building the Bay Bridge’s eastern span was something of a siren song for Blum, whose background as boilermaker inspired him to pursue the task. A self-taught photographer, Blum began the project way back in 1998, capturing early jobs around the construction site such as people taking soil samples for test piles. Eventually he gained the trust of the contractors and was granted virtually unfettered access to the construction site. He continued right up until the bridge’s opening in July of 2013. 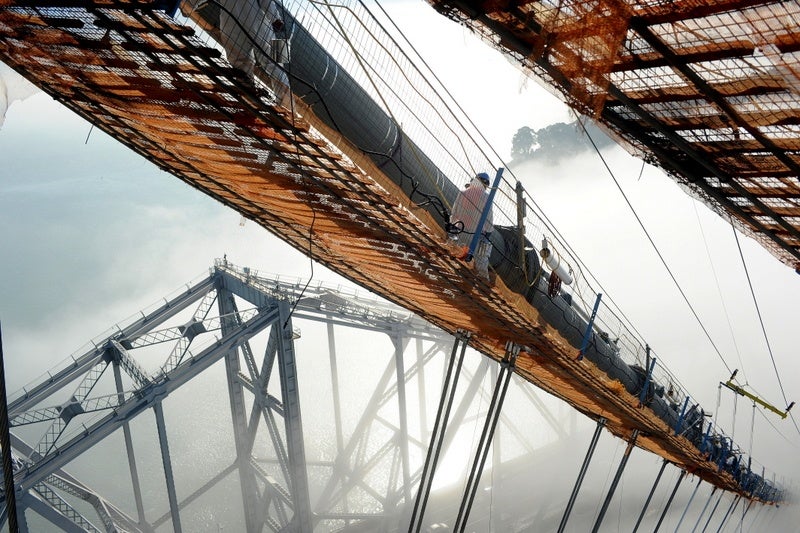 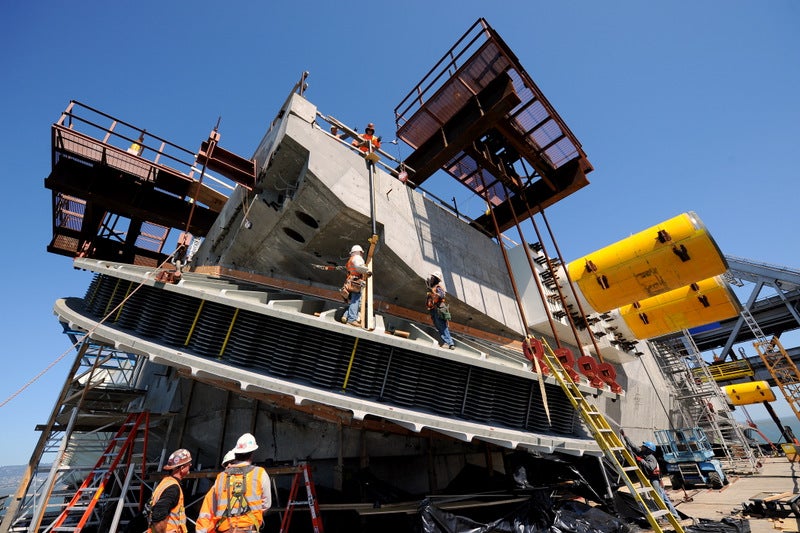 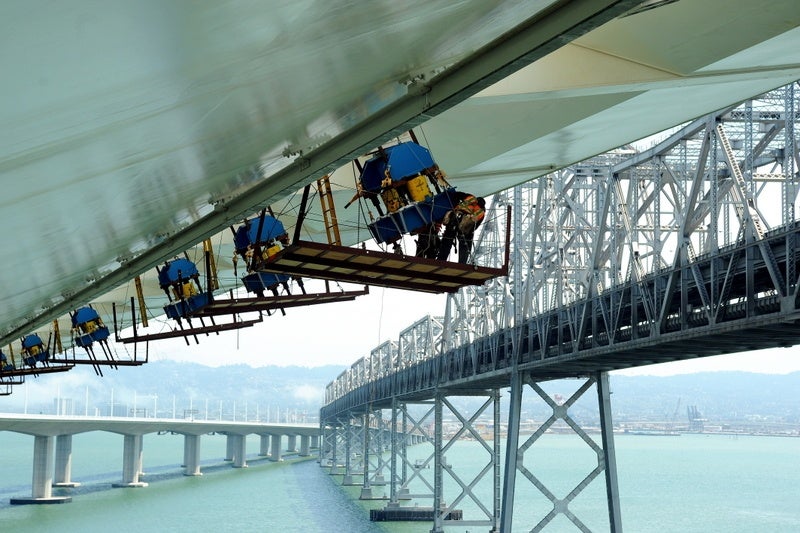 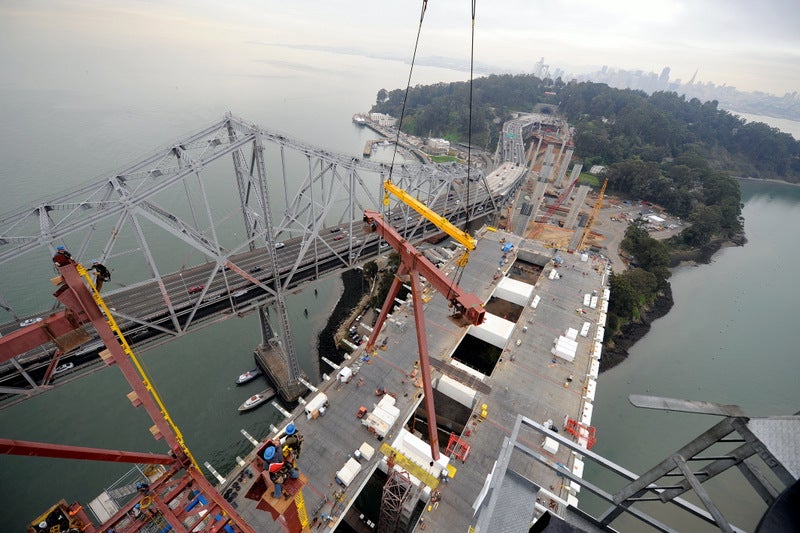 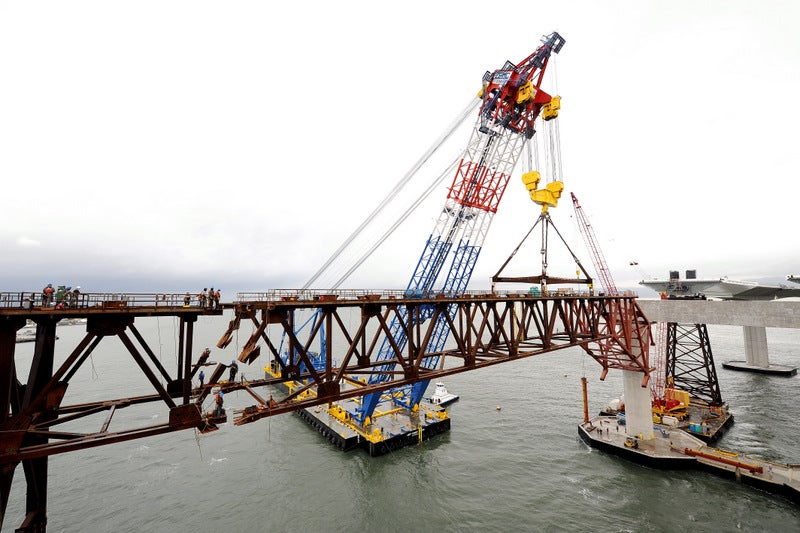 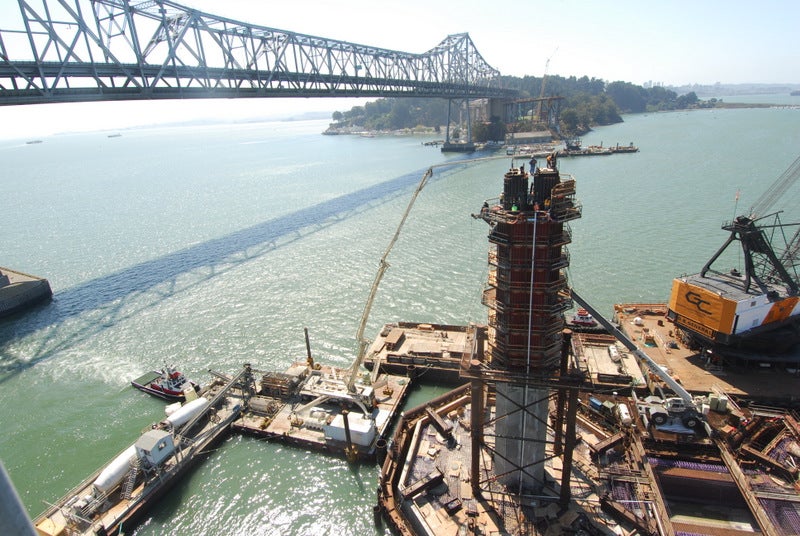 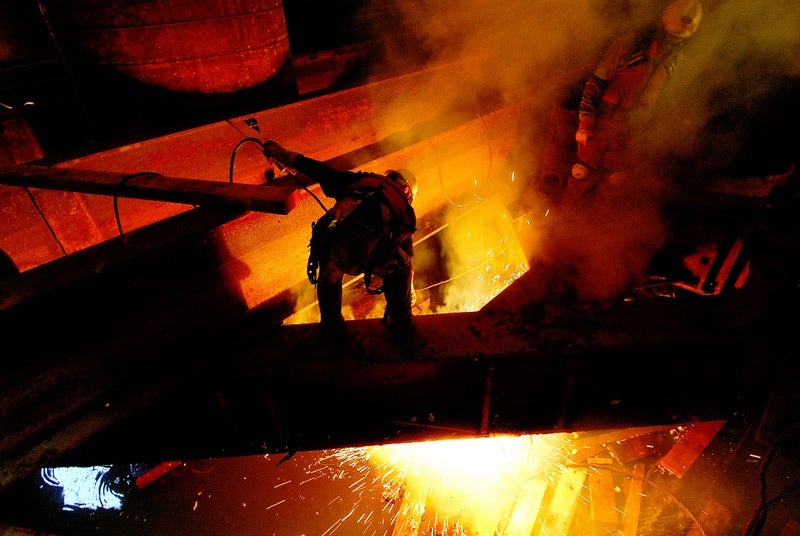 The process was physically and emotionally exhilarating, intense and challenging, but I always tied off properly, followed all the safety rules, and although I sometimes did some scary things, I do not feel I ever put myself in danger to get a shot. The workers always looked out for me and warned me in advance if I was in a dangerous area.

Blum says he misses the project and the workers now that the brunt of the work is completed. “I was happy to see the new bridge open, but I certainly missed the workers and the project, which I had been going to many days a week for 15 years.” [City Lab]