13 Of History’s Most Ingenious Spy Cameras


It makes sense — after all, the camera is the ultimate surveillance tool. Over the years, spies have gone to great lengths to create innovative, cleverly-disguised, and sometimes downright weird ones. Let’s take a look.

Today’s spy photography is lazy: (discreetly) point and shoot. In 1861 it was a lot more complicated — early wet-plate photography meant would-be spies had to carry around a portable darkroom, and longer exposure times made discreet pictures near impossible. The French Chambre Automatique De Bertsch, above, was probably never used for covert operations, but it was only an inch wide by 1.5 inches deep. This is the grandfather of all subminiature cameras. It deserves some respect. 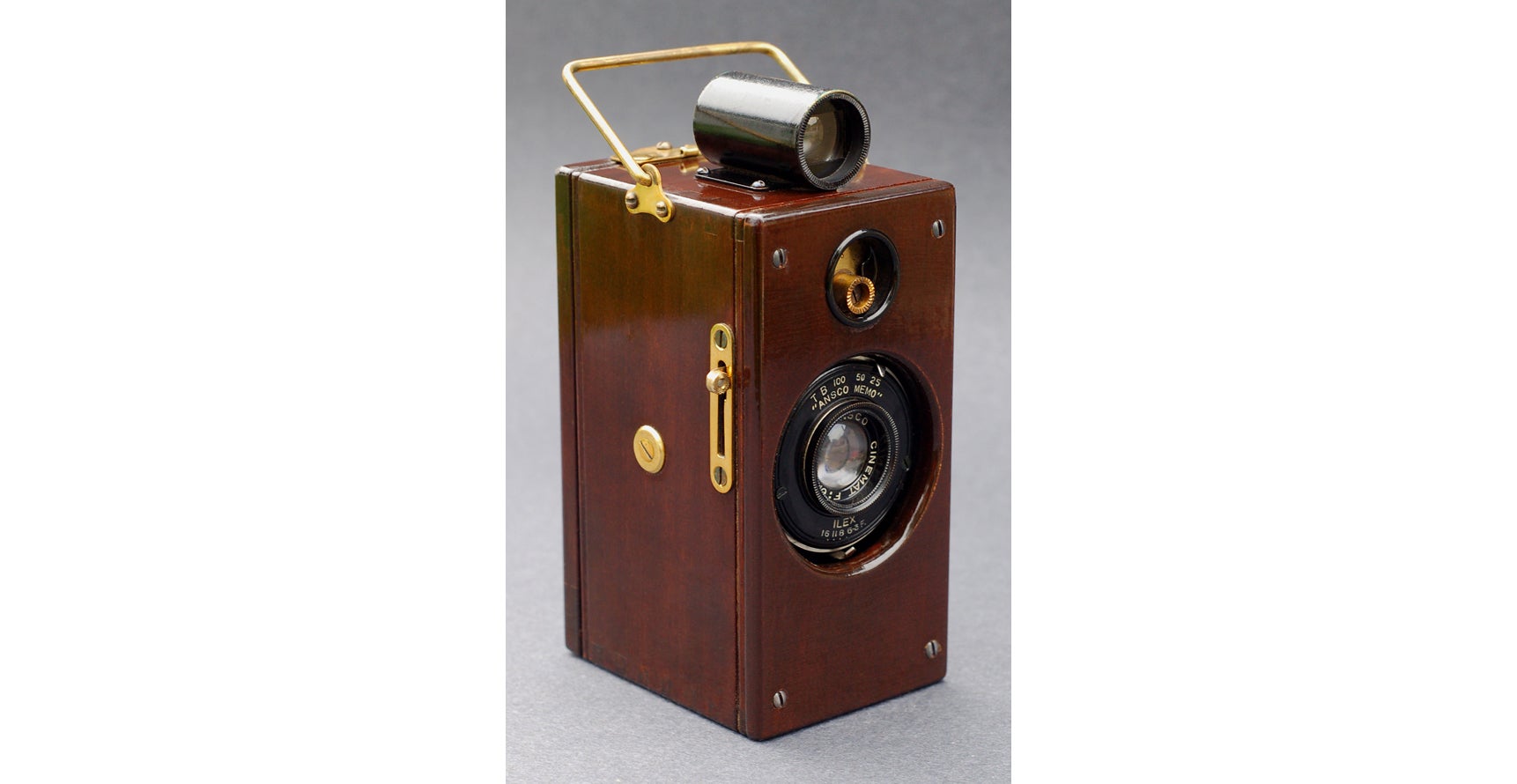 Things got a lot better after dry film processes became the standard. Cameras like the 35mm Ansco Memo Miniature quickly became standard equipment for private investigators in the 1920s and ’30s — small enough to fit in a pocket and fast enough to snap photos discreetly. 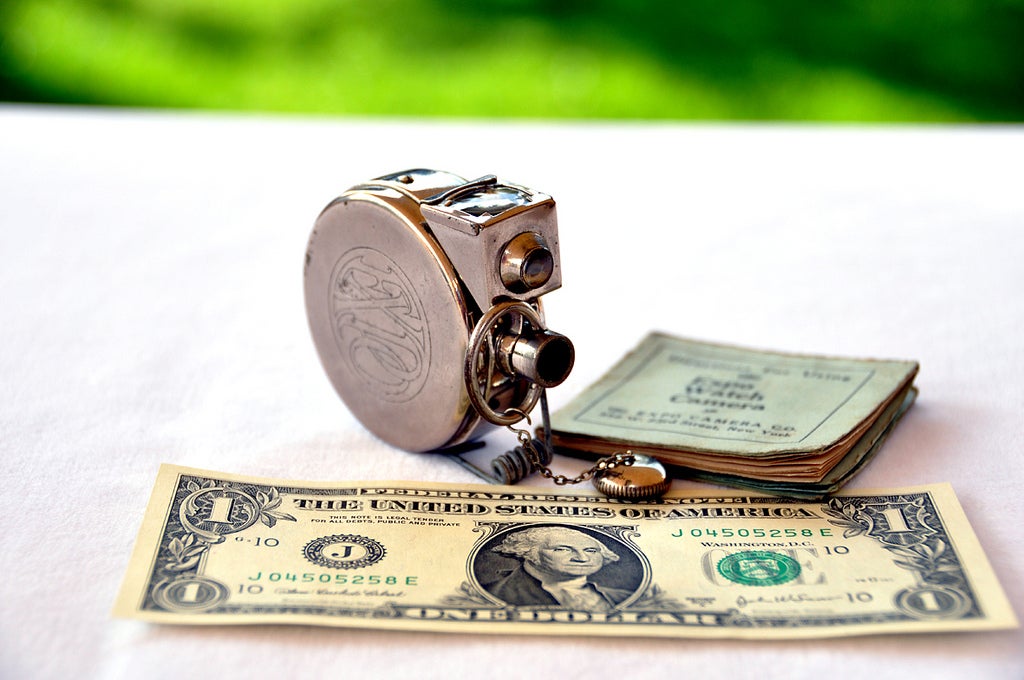 This pocket watch camera didn’t actually tell the time, and it’s about twice as thick as a real timepiece (not that any spy worth their salt let anyone close enough to notice) — but between 1905 and 1914, there was nothing better for a covert investigation. The Expo Watch Camera sold for $US1 in its heyday, with the promise that it would let customers “take pictures without being detected.” Unless you were using the camera’s detachable viewfinder, that is — wouldn’t you be suspicious if you saw a guy walking around with a watch pressed against his eye? 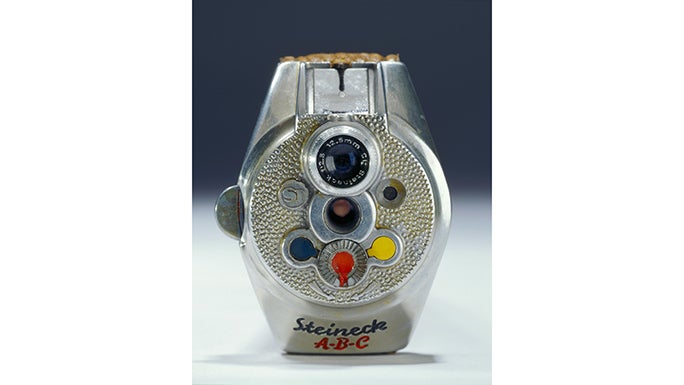 There’s nothing less conspicuous than a wristwatch with lenses, dials and buttons, right? Right. The ABC Wristwatch Camera (made in Germany in 1949) was probably easy to spot if its wielder wasn’t wearing long sleeves, but some careful sleight of hand still made it a pretty useful tool. Unless you wanted to know what time it was. At least it looks awesome! 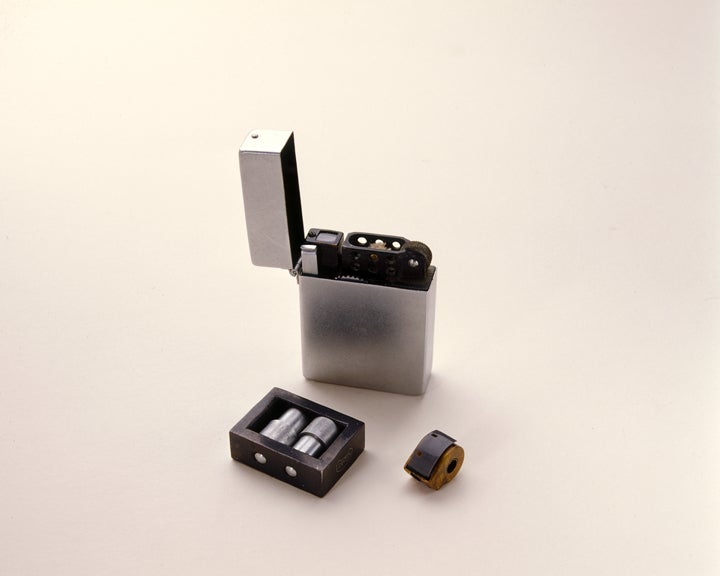 OK, those watch-cameras may have just been for show, but some camera disguises actually worked. Cigarette lighter cameras like the 1951 Echo 8 could actually conjure up a flame — in fact, smoking was a necessary part of the ruse: the shutter didn’t click unless you lit one up. 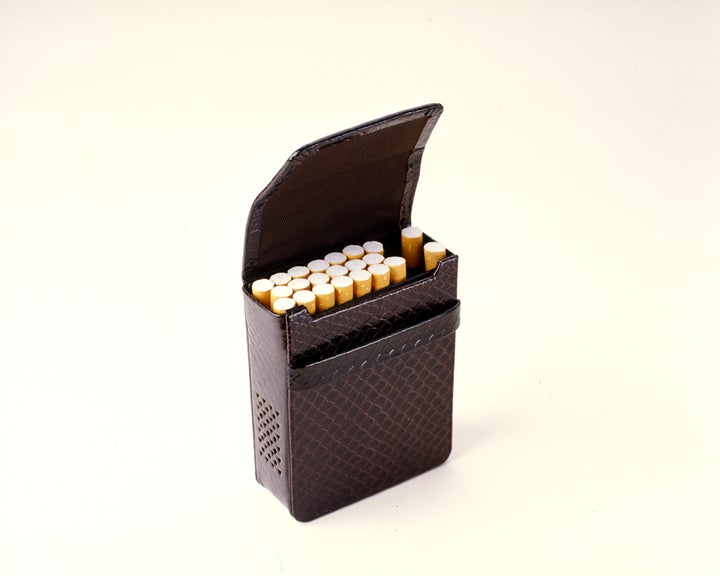 The perfect companion to your discreet lighter camera: the Tessina 35. This camera was small enough to fit into a cigarette case — grab a smoke, snap a picture and, maybe, use your Echo 8 as a backup. The disguise pictured above used tiny air-holes as a view port (and a bunch of fake cigarettes), but the Tessina could just as easily fit into a normal cigarette pack for concealment. Dump out those fake butts and you’d see something like this: 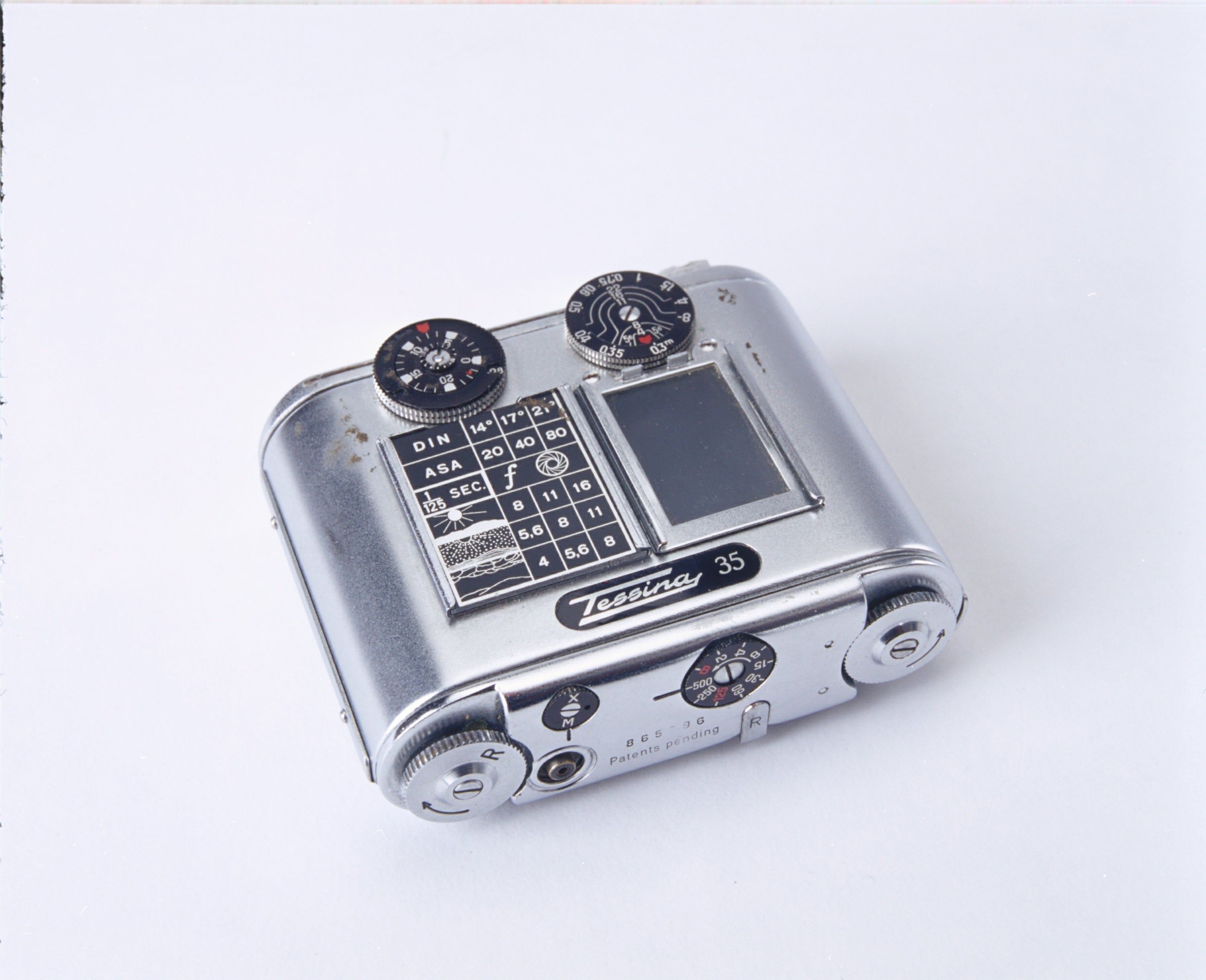 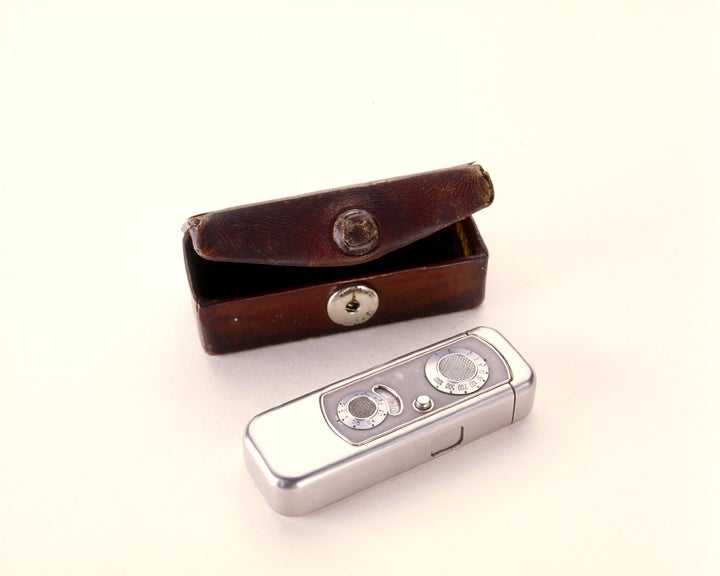 This was the spy’s workhorse camera: according to the International Spy Museum it could take as many as 50 pictures without reloading, was small enough to fit in the palm of your hand and took excellent, high quality images. Don’t be deceived by its seemingly average looks — agencies used to create special cases designed to conceal the Minox, like hollowed out hair brushes: 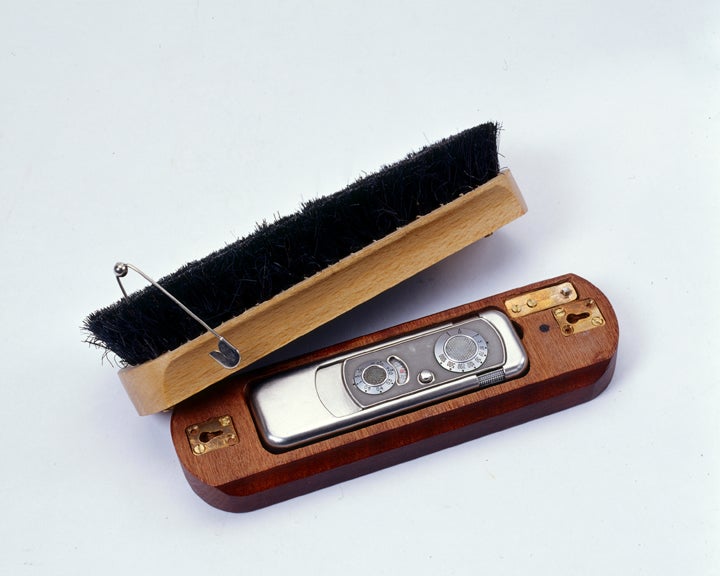 In the 1960s and 70s it was an essential tool (even though it came out in 1937!) Today it’s one of the most recognisable spy cameras ever made — maybe not the best camera for modern espionage, then. You can still buy them: a few years ago Minox created a digital version. Neat. 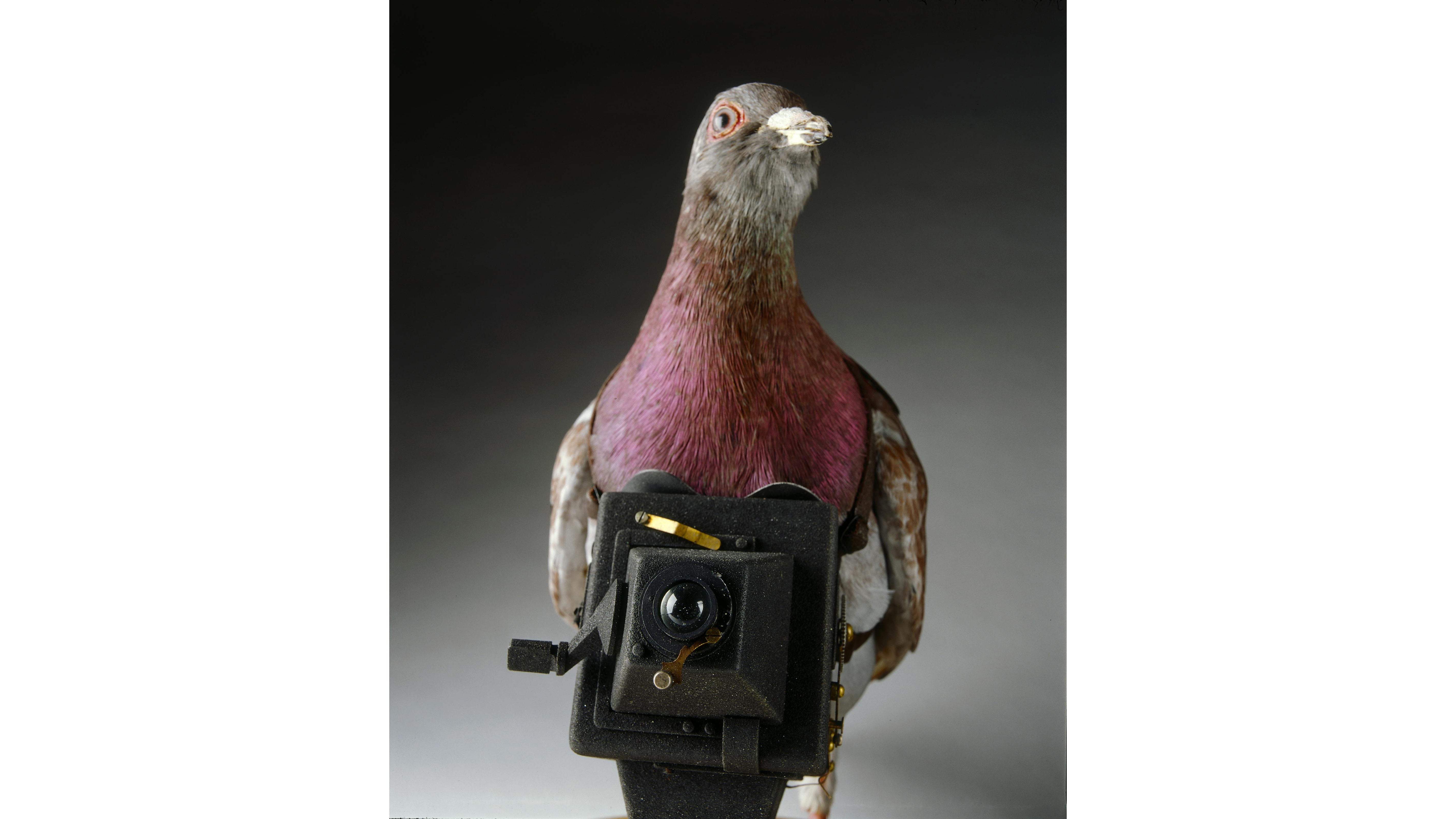 Today, we have satellite imagery and stealth aeroplanes for aerial reconnaissance. In the 1940s and 50s, we had pigeons. During the World Wars, carrier pigeons completed more than 95 per cent of their missions — strap an automatic camera to one of those messengers, and you’ve got yourself a camera roll of discrete reconnaissance, ready for development. Then, prepare for an obtuse legal battle over image copyright law. Birds are photographers too, jerk. 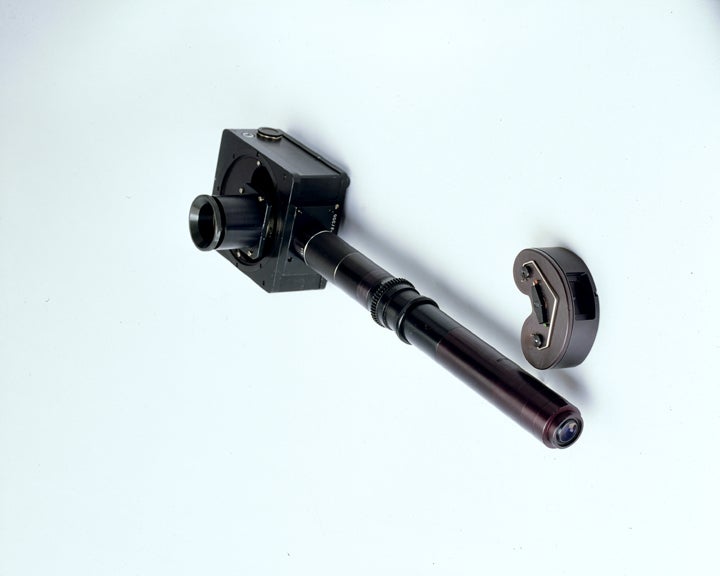 No, that’s not a cold-war era selfie stick — it’s an extra-long lens designed to reach through a wall. The 1980s Stasi “robot” camera (read: not an actual robot, but a type of lens) let East German agents snap photos through pinholes created on the opposite side of a wall. Creepy. 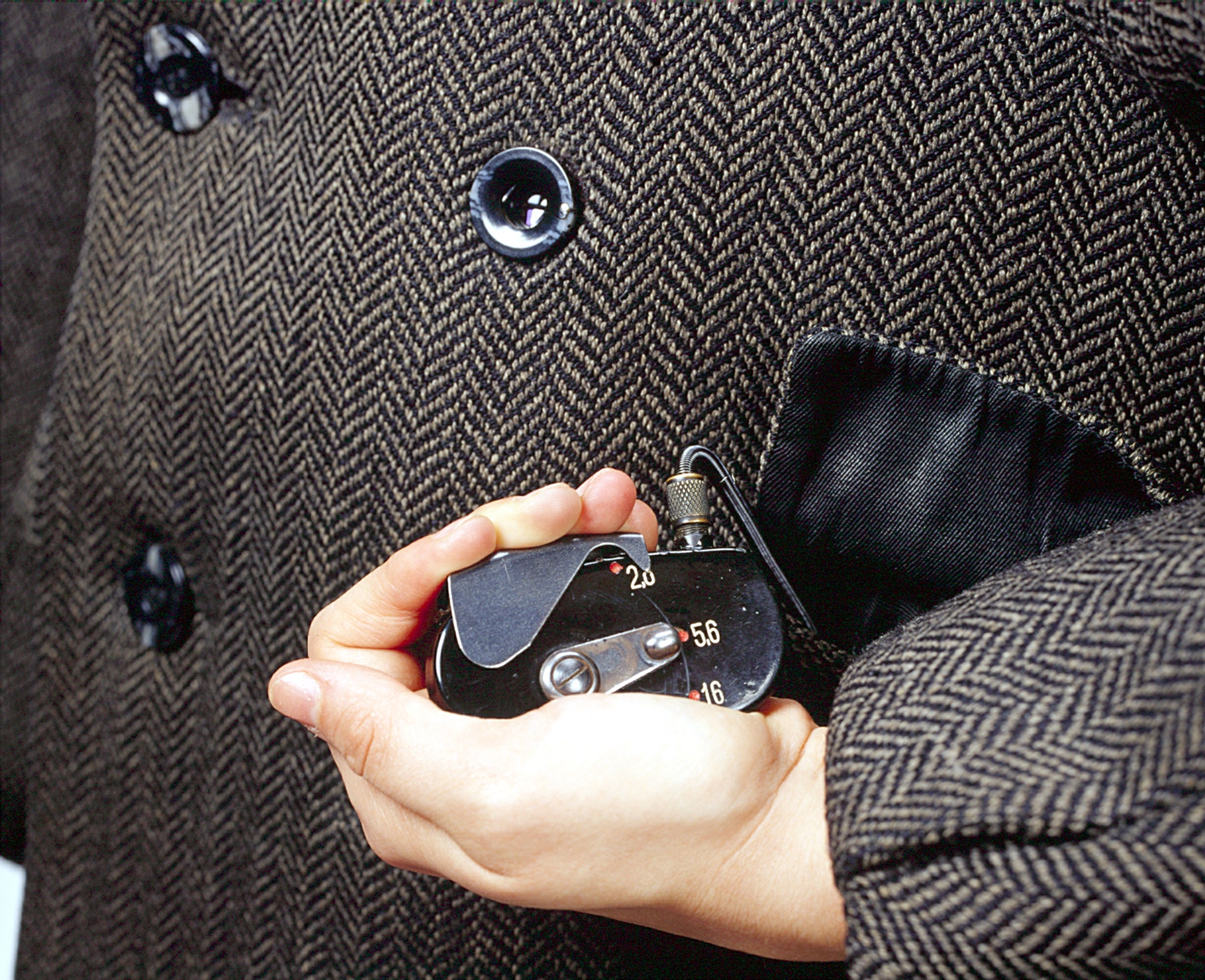 Your coat keeps you warm. A spy’s coat keeps secrets. Agents from the US, Soviet Union and all over Europe modified clothing to hide cameras — and buttons were the perfect disguise for a lens. The one we see here is of KGB origin, stitched in the 1970s, but most agencies had their own version of the getup. According to the International Spy Museum, they all worked about the same, too. Need to snap a picture? Reach in your pocket, squeeze the trigger and you’re done. Just be wary of coat-checks. 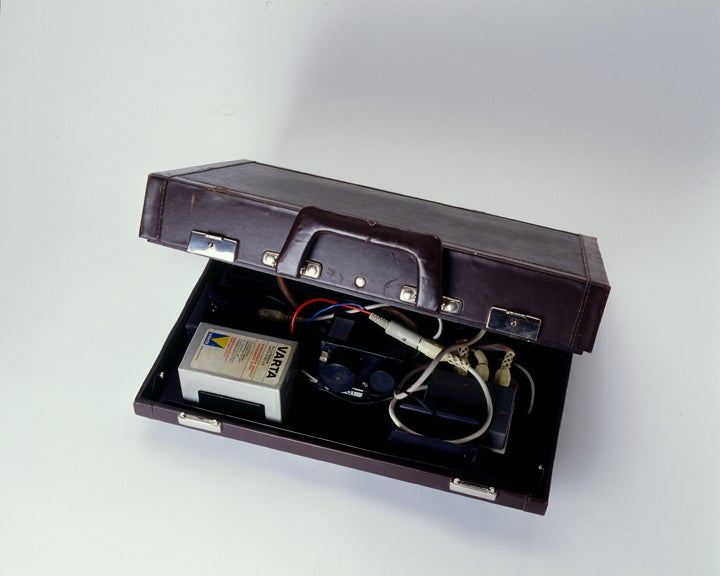 Not all spy cameras were pocketable: this Stasi Briefcase camera was big enough to fit inside, well, a briefcase. It was bulky and a more difficult to cart around compared to the subminiature cameras of the 1970s and 80s, but the trade off was worth it: the Briefcase camera packed infrared film and a flash invisible to the human eye. Perfect for taking pictures in the dark. 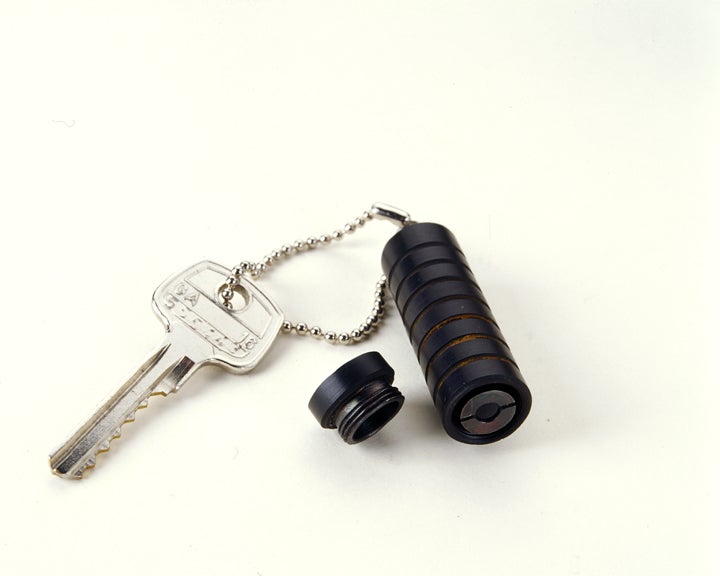 If you were a CIA agent in the 1970s, you probably always had a camera on you. Unless you forgot your keys — then you had bigger problems. 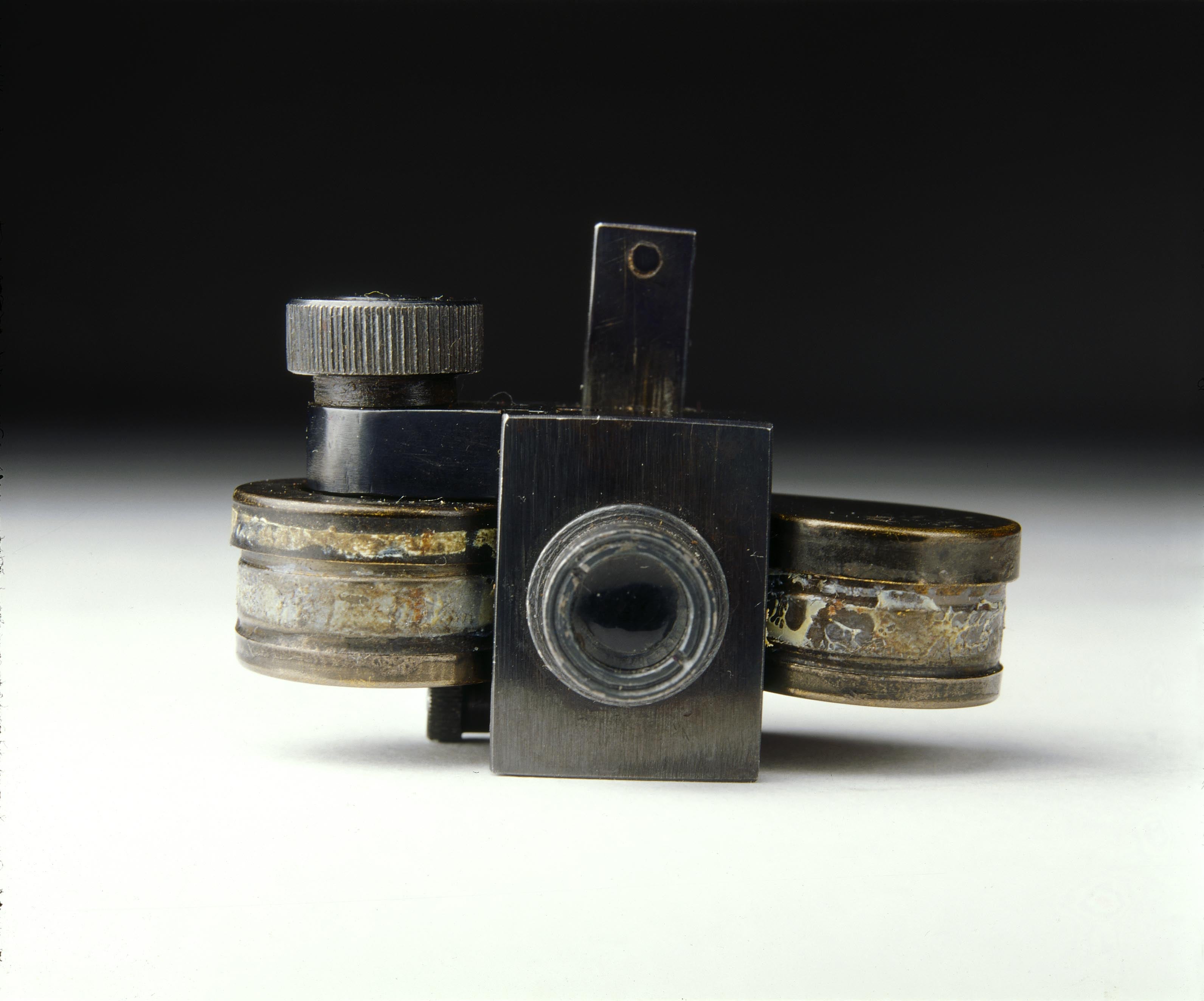 As impressive as concealed cameras and pigeon espionage are, nothing blows my mind like microdot photography. It’s a method for taking a picture so small, you need a microscope to see it. Tiny, easily concealed cameras could take completely readable, millimetre-wide photos of sensitive documents. The image was small enough to be embedded in a letter, an envelope or hidden in common objects like cufflinks.

This method of information smuggling was used widely in WWII, the Cold War and even as a means of sneaking information through the Berlin Wall. It’s also, in a way, an early form of data compression: microdots were often attached to carrier pigeons, vastly increasing how much information a bird could carry at a time.