The FCC Will Finally Decide On Net Neutrality In February 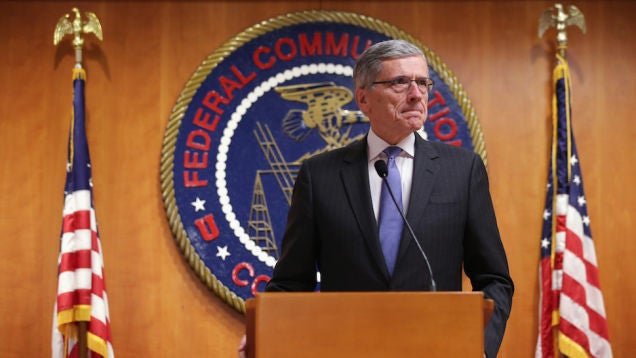 After countless months of hemming and hawing, the Federal Communications Commission (FCC) in the US will reportedly vote on new net neutrality rules in February. Unnamed sources at the FCC told The Washington Post as much today. Specifics remain vague, but here’s hoping Tom Wheeler and friends listen to the president’s advice.

It’s hard to tell what exactly’s going to happen, though. An FCC spokesperson “confirmed the February timetable” to the Post but wouldn’t elaborate on what Wheeler’s been telling the commissioners. It does seem like the FCC is finished hearing from the public (read: losing the public’s comments) and Congress intervening in the process seems imminent.

Nevertheless, the FCC’s monthly meeting on February 26 looks like it’s going to be D-Day in the war for the future of the internet. [Washington Post]