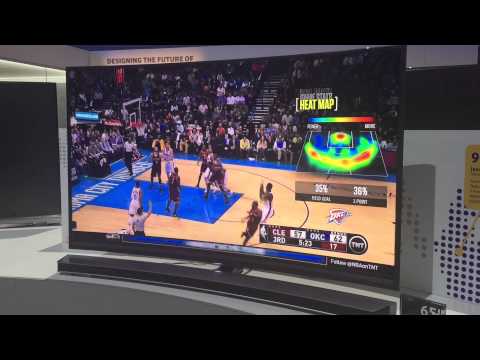 Sports Live is an overlay that sits on top of sporting matches, cycling through results, statistics and other relevant figures on your TV so you don’t have to take your eyes off the game.

It takes data from the networks broadcasting the game and throws it at viewers to give them a dual-screen experience on the one panel.

It’s a feature that we saw at CES 2015 running on Samsung’s new range of Tizen-powered TVs.

Samsung Australia confirmed that Sports Live would be coming to Australia in 2015, but wouldn’t say which sports or codes it would kick off with.