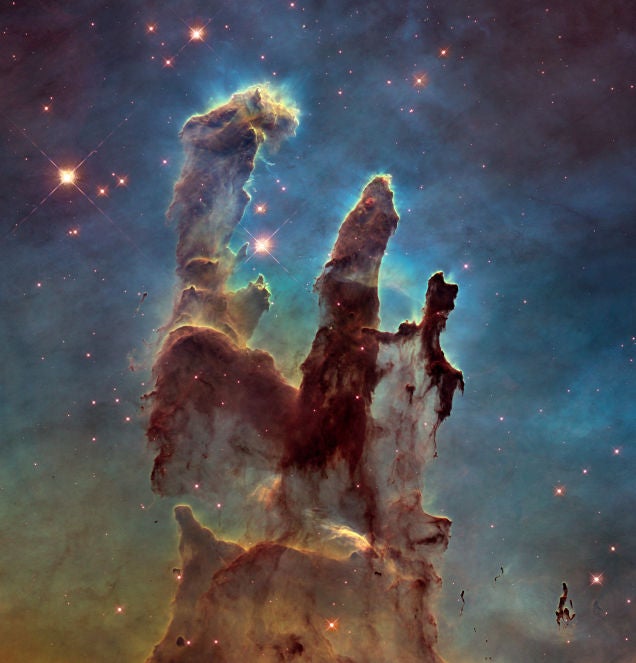 This week NASA published new astonishing high definition images of the famous Pillars of Creation — two four-light-year-tall columns located in the Eagle Nebula, 7000 light years from here, first photographed in 1995. The only problem is that the pillars don’t exist — they were destroyed more than a thousand years ago.

How can the hell can that be, you are asking? Are they a computer generated fake, then? An artist impression of some sort?

These are natural thoughts. Limited by our understanding of reality and time, we look at objects in space as if they were mountains or the ocean. We genuinely perceive these stellar landscapes as something that is up there fixed, secure, rooted in our reality, the solid foundation of our existence. Some people see the work of gods in all this seemingly immutable show, hence the mythological names of planets, constellations, nebulas, and galaxies. Others just see “a vast cosmic arena,” in which the Earth is just a tiny speck of dust.

But our diminutive perception of time, the same that makes us think we are the centre of everything, is just an illusion. At the cosmic scale, just like in our individual lives, things move constantly. The architecture of the cosmos is ever changing and scientists know — since 2007, only a few years after they were observed — that these gargantuan structures don’t exist anymore. 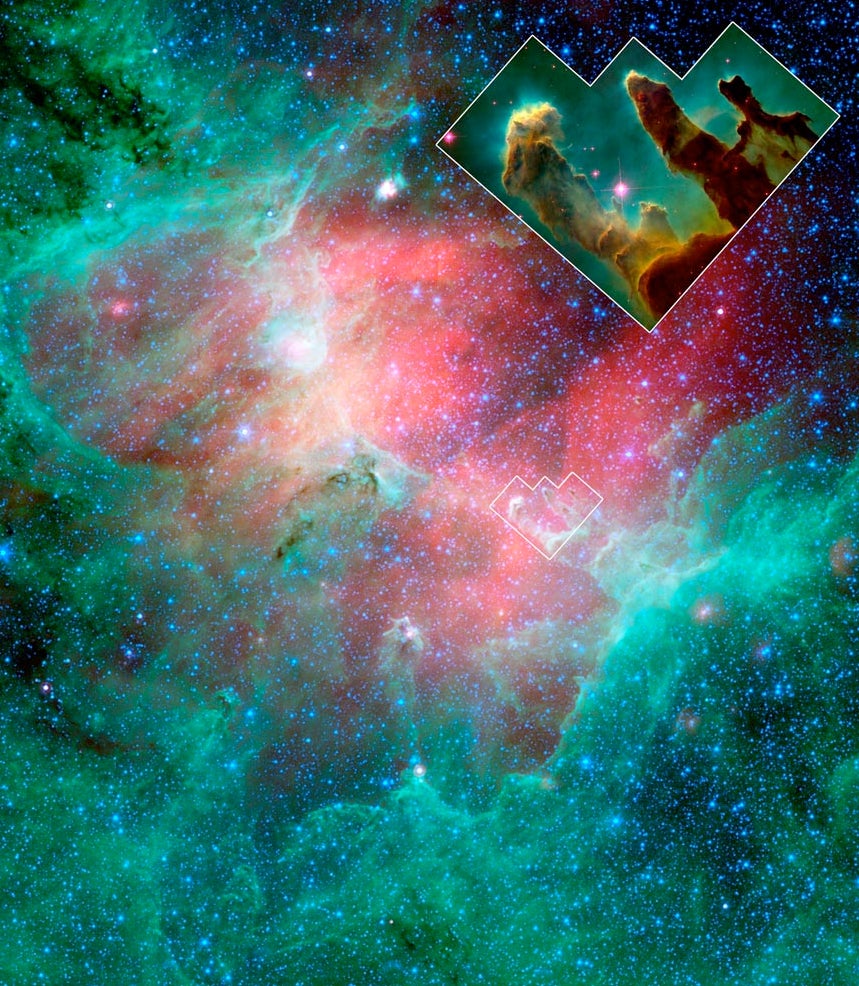 They were destroyed, blasted by a supernova that happened 6000 years ago. With our telescopes, we can see the supernova advancing, unstoppable, destroying everything it touches. From Earth, the shockwave has not reached the Pillars of Creation yet. For our senses, they are still there — intact.

An amazing show is coming

In one thousand years there will be a hell of a show. The shockwave is already arriving to the Pillars of Creation and just like they were created, they will be destroyed once again, obliterated by the force of a dead star. As Paul Scowen — from the School of Earth and Space Exploration at Arizona State University in Tempe and one of the men who led the original Hubble observations back in 1995 — explains:

I’m impressed by how transitory these structures are. They are actively being ablated away before our very eyes. The ghostly bluish haze around the dense edges of the pillars is material getting heated up and evaporating away into space. We have caught these pillars at a very unique and short-lived moment in their evolution.

Rationally, I know why this happens. I know that, since the light has to travel a vast distance, it will arrive after the event has occurred. The further away something happens, the longer it takes to reach our eyes. I know that when we look up to the sky we are looking at the past — seconds, minutes, years, centuries and millennia away. The sky is the most amazing of the time machines.

But that the fact that I understand all this doesn’t matter. Every time I think about it, I experience the same sensation. One of awe and humility. And also of wonderment, thinking that my own existence and the existence of the people around me, the people I loved, the people I love, and the people I will love, can’t be seen yet from the vantage point of those pillars. If there’s a spaceship around those space coordinates using magic telescopes capable of focusing on Earth and seeing details, they would not know of our existence unless they wait around for 7000 years. For them, right now, we don’t exist yet.

That’s when I realise that we truly stand alone in the middle of this huge storm that is the Universe. And every time I think about that, my friends, that’s when my mind and my heart explode. 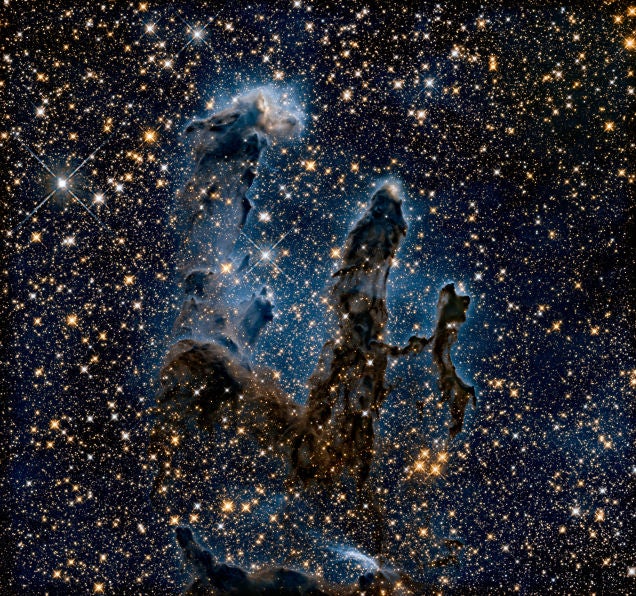