A Hologram Of Emperor Marcus Aurelius Floats Above This Watch 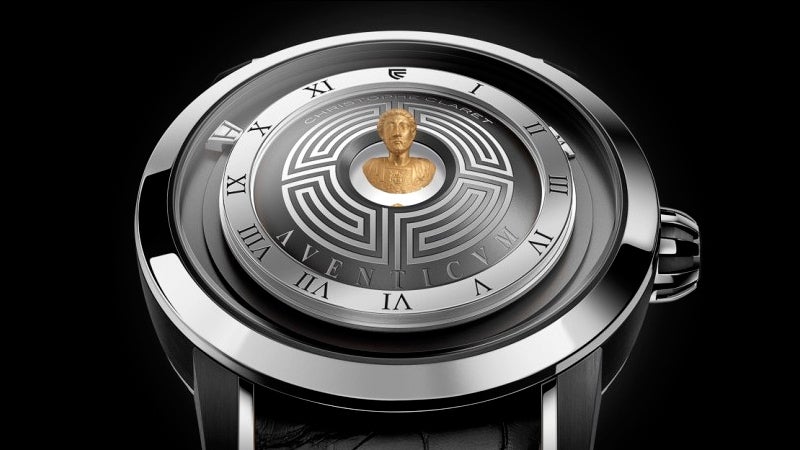 When you're spending just shy of $55,000 on a watch (or $60,000 if you prefer the look of white gold) you're going to want something that catches people's eyes so they know just how affluent you are. And as Back to the Future 2 proved, nothing grabs someone's attention like a hologram floating in mid-air. Or, in this case, just above your watch. 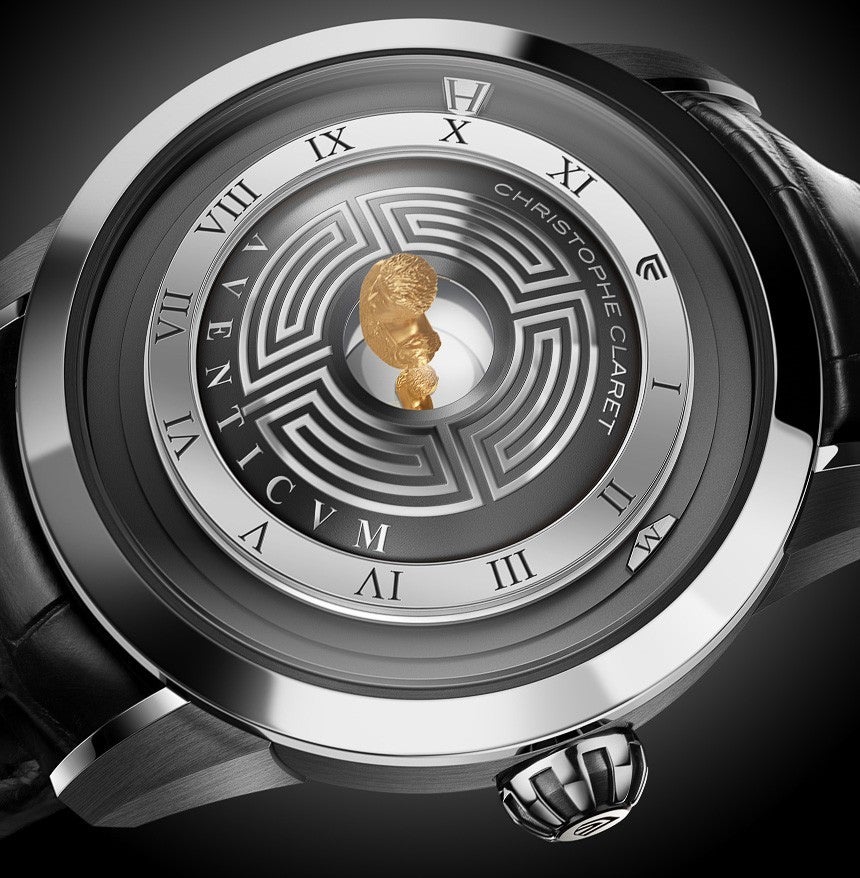 But it isn't magic or high-tech tomfoolery that makes it appear as if a golden bust of Roman Emperor Marcus Aurelius is floating atop Christophe Claret's new Aventicum watch. In reality it's just a clever optical device called a 'mirascope' that uses a parabolic mirror to make it appear as if an object placed in its centre is actually floating. You've probably seen similar devices used as gags with coins that are impossible to grab. 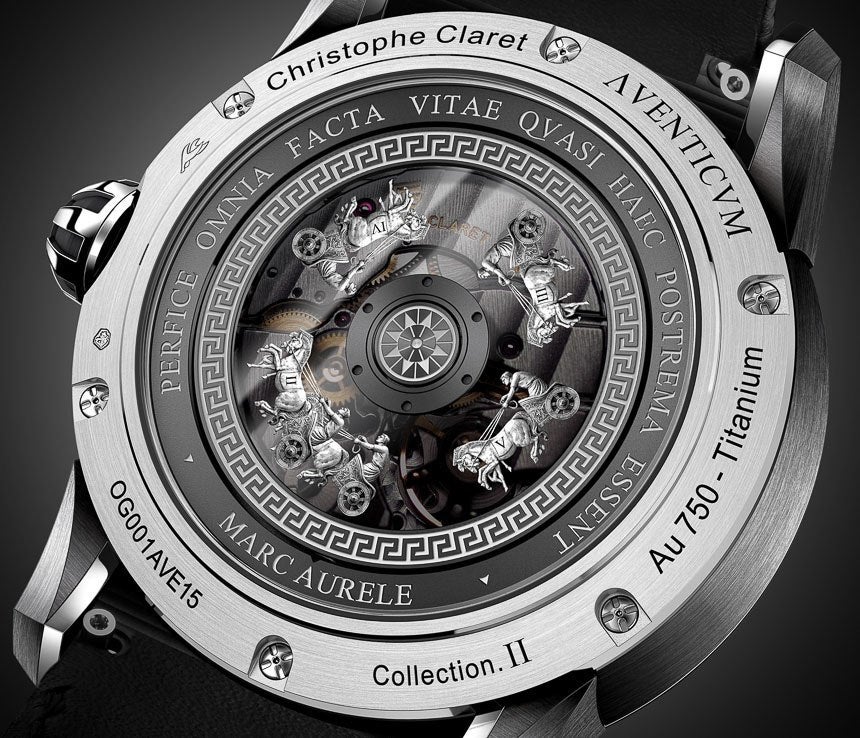 The Roman theme is continued throughout the rest of the Aventicum as well, with a quartet of horse-drawn chariots racing in circles on the back of the watch, and the numbers of the face suitably spelled out with Roman numerals. In lieu of hour and minute hands, tiny 'H' and 'M' markers circle the outer circumference of the watch's face, and the use of titanium ensures the Aventicum is light on your wrist, but not so much on your pocket book. [Christophe Claret via A Blog To Watch] 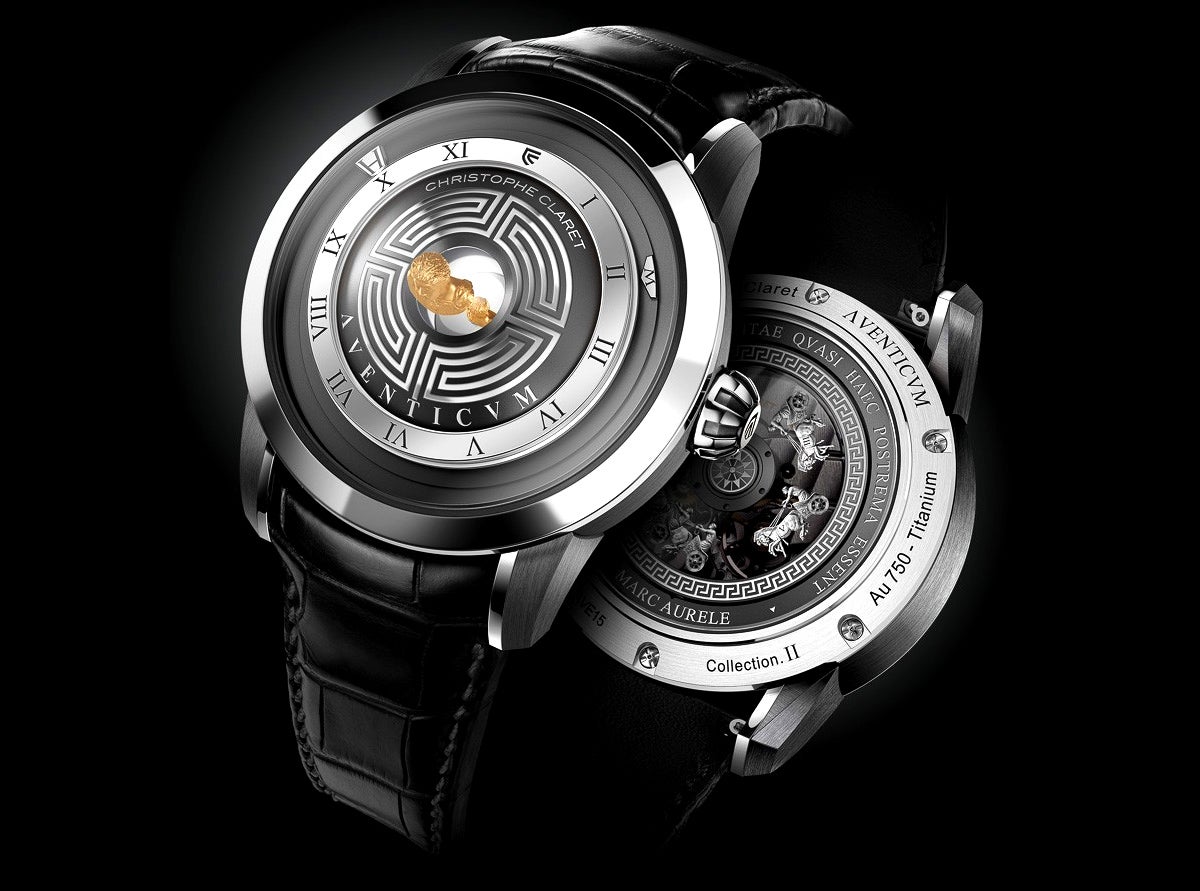