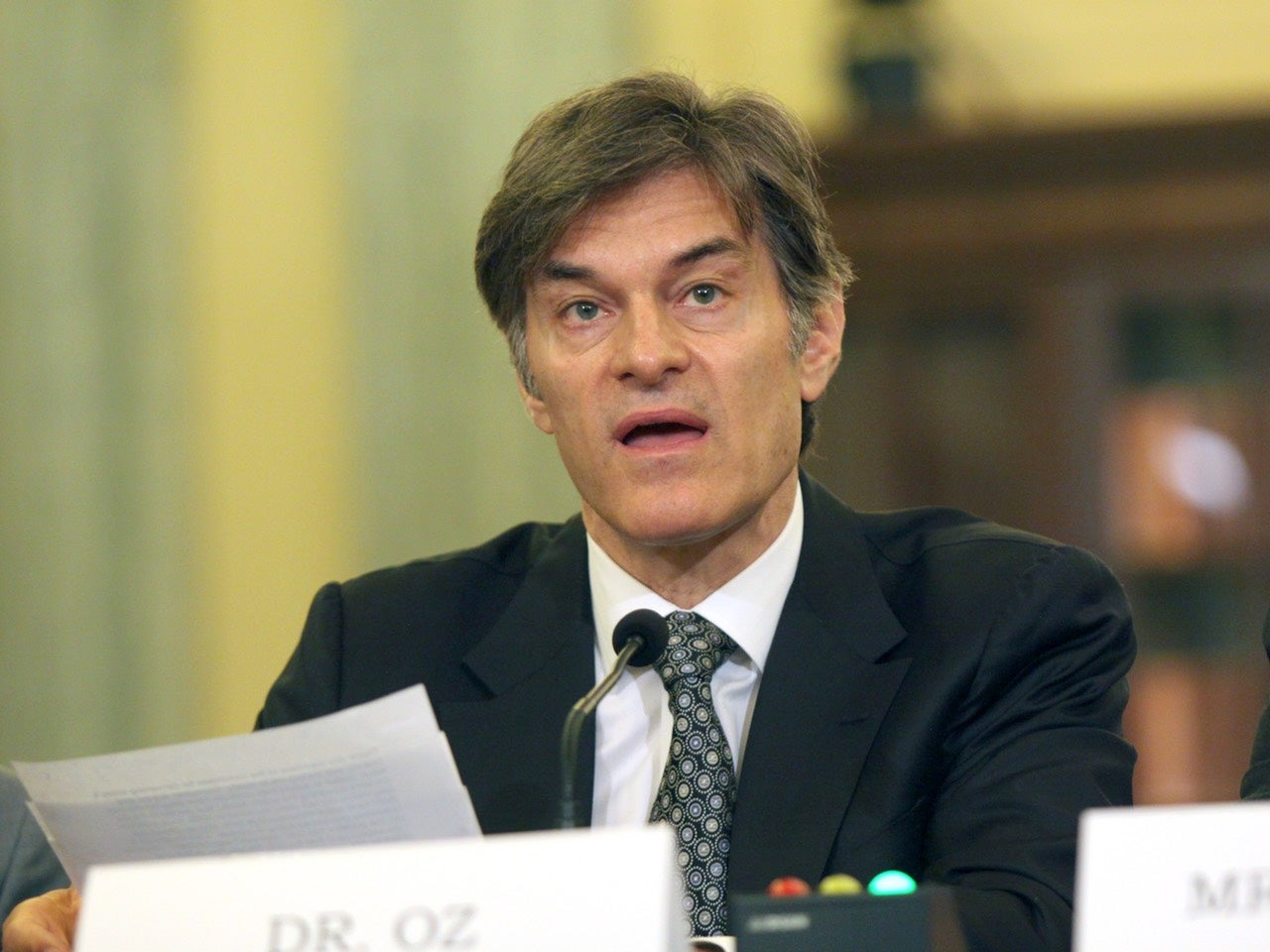 Do you get your medical advice from “America’s doctor”, Dr Oz? Well, you should probably stop doing that. Because a new study out from the British Medical Journal says that his advice is baseless or wrong about half the time.

Researchers randomly selected 40 episodes of his show and examined 160 recommendations. Their measure for whether something was truthful hinged on an ability to find at least one case study that supported what he said. Researchers were only able to do that 54 per cent of the time.

Dr Oz first made a name for himself on Oprah Winfrey’s show back in 2004 and from there became a household name, launching his own show in 2009. But the doctor has come under fire in the past year for using his show to peddle unproven cures and unscientific ideas. He even had to testify in front of a Senate subcommittee this past June where he was grilled for being full of shit.

At the time, Dr Oz presented a spirited defence of his snake oil peddling. But ultimately he conceded that some of what he says on his show wasn’t scientific.

“I actually do personally believe in the items I talk about in the show,” Dr Oz testified in June. “I passionately study them. I recognise oftentimes they don’t have the scientific muster to present as fact, but nevertheless, I would give my audience the advice I give my family.” [Emphasis added, obviously.]

During the Senate subcommittee hearing in June, Senator Claire McCaskill of Missouri read Dr Oz some of the things he’d said on TV. The guy sure loves the words “magic” and “miracle.”

“‘You may think magic is make believe but this little bean has scientists saying they have found the magic weight loss cure for every body type — it’s green coffee extract.”

“‘I’ve got the No. 1 miracle in a bottle to burn your fat. It’s raspberry ketones.”

“‘Garcinia Camboja. It may be the simple solution you’ve been looking for to bust your body fat for good.”

Yeesh. Yeah, you should probably stop listening to Dr. Oz. At least if you prefer that your medical advice come from someone who knows what the hell he’s talking about. [Washington Post]

Picture: Dr Oz testifies on Capitol Hill June 17, 2014 before the Senate subcommittee on Consumer Protection, Product Safety, and Insurance via the Associated Press