Snapdragon 810: Your Next Phone’s Brains Are Way More Than Just Fast

A new year means a new flagship smartphone brain, and Qualcomm has detailed some of the most fun features of its upcoming Snapdragon 810 chip, which will start popping up in Android and Windows phones next year. It’s faster, and it supports better graphics sure, but it also has other tricks up its sleeve. Here’s what you can expect to see.

The Snapdragon 810 is big into 4K. The 810 will natively support streaming 4K footage you shot on your phone or tablet onto a 4K TV you probably don’t own yet, as well as supporting ridiculously crisp 4K phone and tablet displays. 4K phones might sound like overkill, and in some respects they probably are, but Qualcomm was showing off how 4K displays can make ridiculously small text (2pt font!) readable. I saw it in real life at a demo, and it’s more impressive than you’d think.

That, and if trends like Samsung’s Gear VR and Google Cardboard continue, you’ll love that insane resolution as you slap that phone one inch in front of your eyeballs.

Smartphone killswitches are slowly rolling out, often as opt-in software updates — in an attempt to make smartphones such a juicy target for theft. The problem with software solutions though is that savvy thieves can just slap on a new operating system and get their booty ready for resale. To combat that, Snapdragon 810 has a completely hardware-powered solution called SafeSwitch. SafeSwitch ensures that once you remotely lock down a phone killswitch style, there’s nothing hackers can do to get it going again. Software tricks just won’t work. 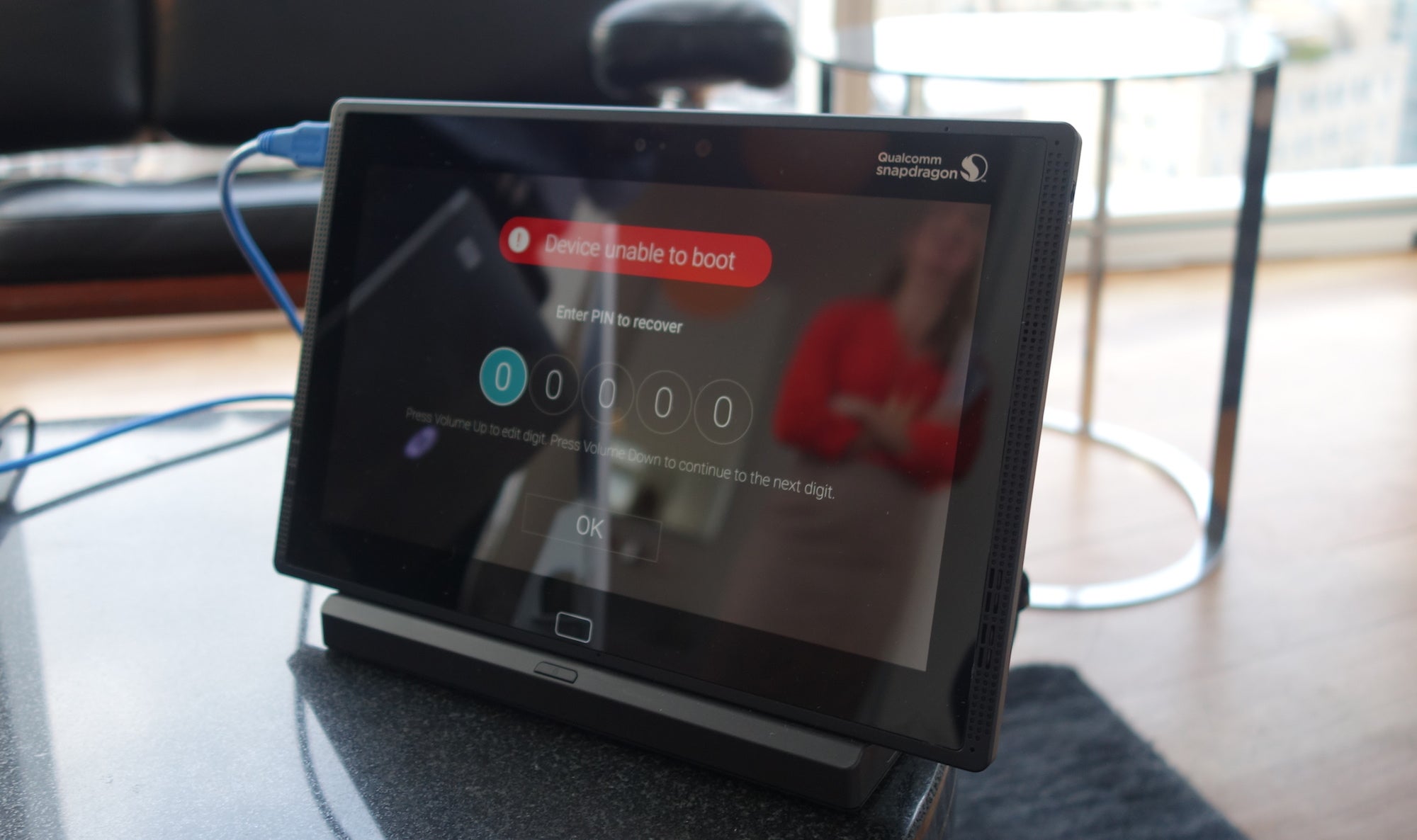 SafeSwitch is built into all Snapdragon 810s by default, but that doesn’t necessarily mean it will show up in your next phone. Smartphone makers will have the option to enable or disable it, and considering that requires irreversibly burning the chips, you won’t get to have any say in the matter after the fact. When it comes to making sure stolen phones are bricks, you can’t go much further than that.

All about the audio

Previous version Snapdragons have had some focus on audio. It’s thanks to a devoted audio processing core that more and more Android smartphones have always-listened “Ok Google” functionality. The Snapdragon 810 takes it further. First, always-listening is getting a boost. Instead of just listening for a trigger word, it can also passively identify music with an app like Shazam, so you won’t have to race to unlock your phone and open the app before a song goes off; it will just listen.

The audio you record along with your videos will get some help too. The 810 can support directional audio recording, so that you can specifically target the audio of what you’re shooting, while blocking everything else out. Or you can highlight the audio of your own narrative, while relegating everything else to the background. Qualcomm showed this off in a little demo where a there was an on-screen interface to let you select what you want to hear, and it’s only reasonable to assume that will make its way into Android camera apps and other OS-level software. 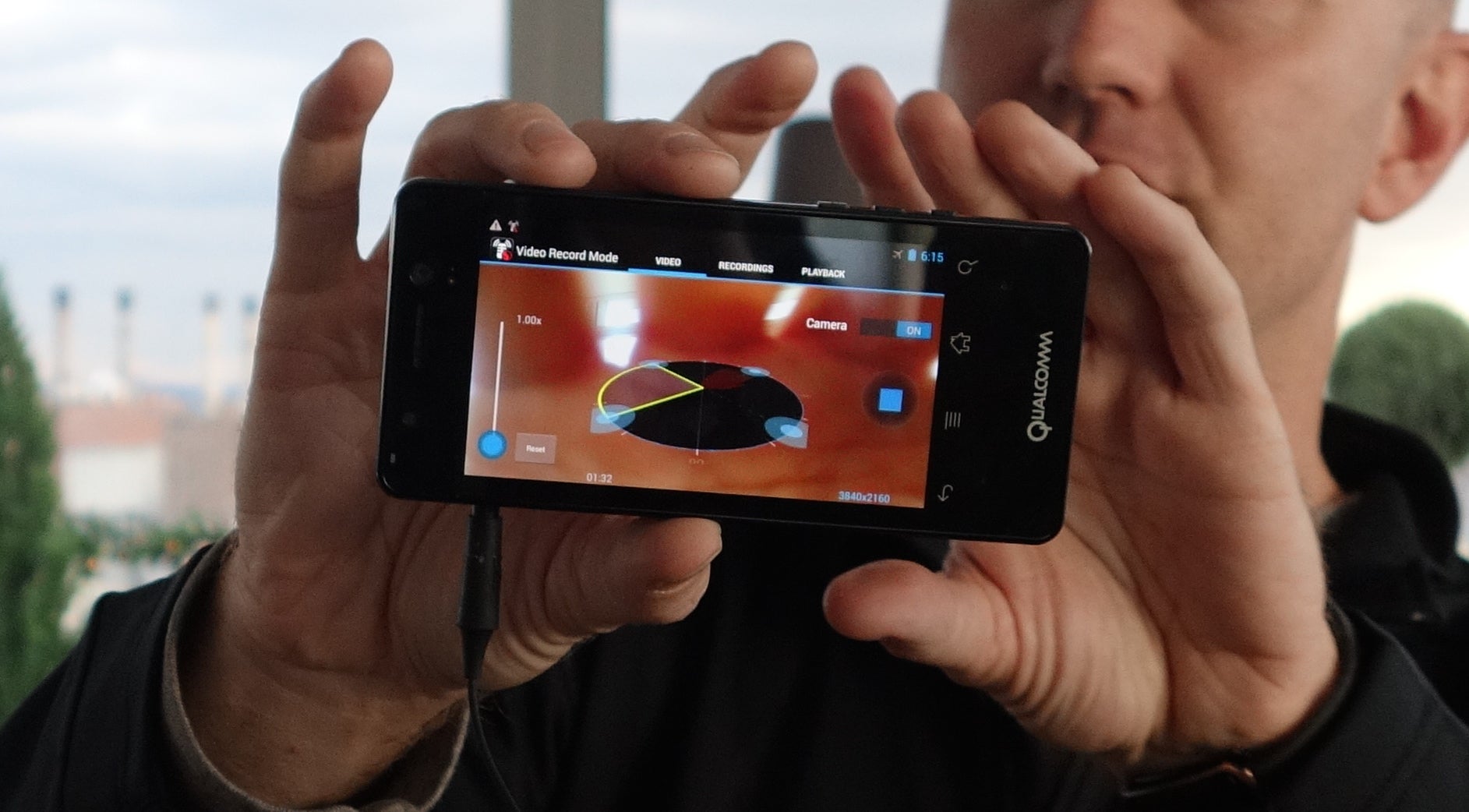 And of course, the graphics and performance

Those more novel features aren’t to the exclusion of your more predictable performance boosts. The 64-bit Snapdragon 810’s Adreno 430 GPU offers 30 per cent better graphical performance with 20 per cent less power, which means 810-devices can play great-looking games, and support extremely hi-res OS screens with all that snappy fluidity you’ve come to love from a brand-new smartphone.

Snapdragon 810 devices will start showing up next year, so all the gadgets I saw were kind of clunky-looking, not-for-retail reference devices. When Snapdragon 810 shows up in earnest, it will be living inside much slicker bodies. I can’t wait to try ’em out.