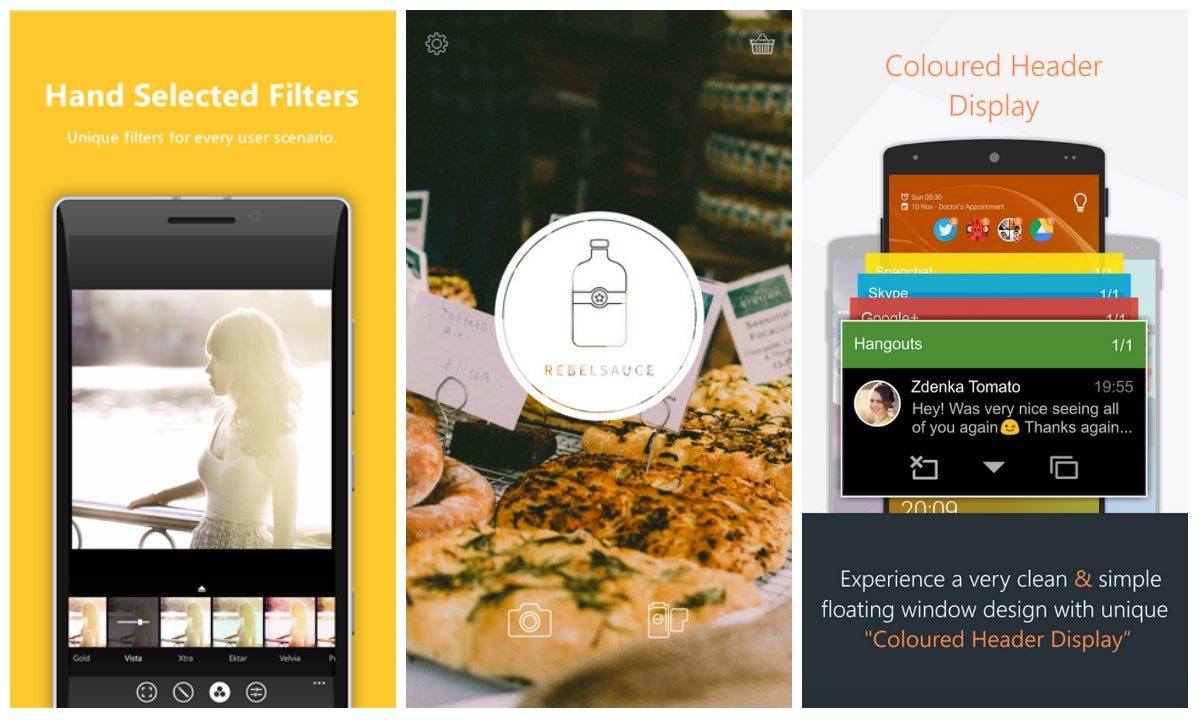 The best thing about smartphones is that they're always improving thanks to developers looking for ways to make our pocket computers even better. This week we have lots of great downloadables for Android, iOS, and Windows Phone. Take a look and see if any strike your fancy.

AirDroid is already a much loved app by Android users and should definitely be installed on your Mac/PC and Android device already, but it case it isn't, the AirDroid team is giving you even more reasons to download this useful utility app. AirDroid 3 brings iOS/Yosemite-like Continuity to Android phones. With Notification Mirror for example, users can quick respond to text messages as well as answer or dismiss phone calls all from a PC. If you have a rooted device running Android 4.0 or 5.0, there's also a neat feature called AirMirror, which perfectly mirrors your Android phone on your computer screen. AirDroid says they're hoping to make this second feature even more widely accessible in the future. [Free/Premium option available] 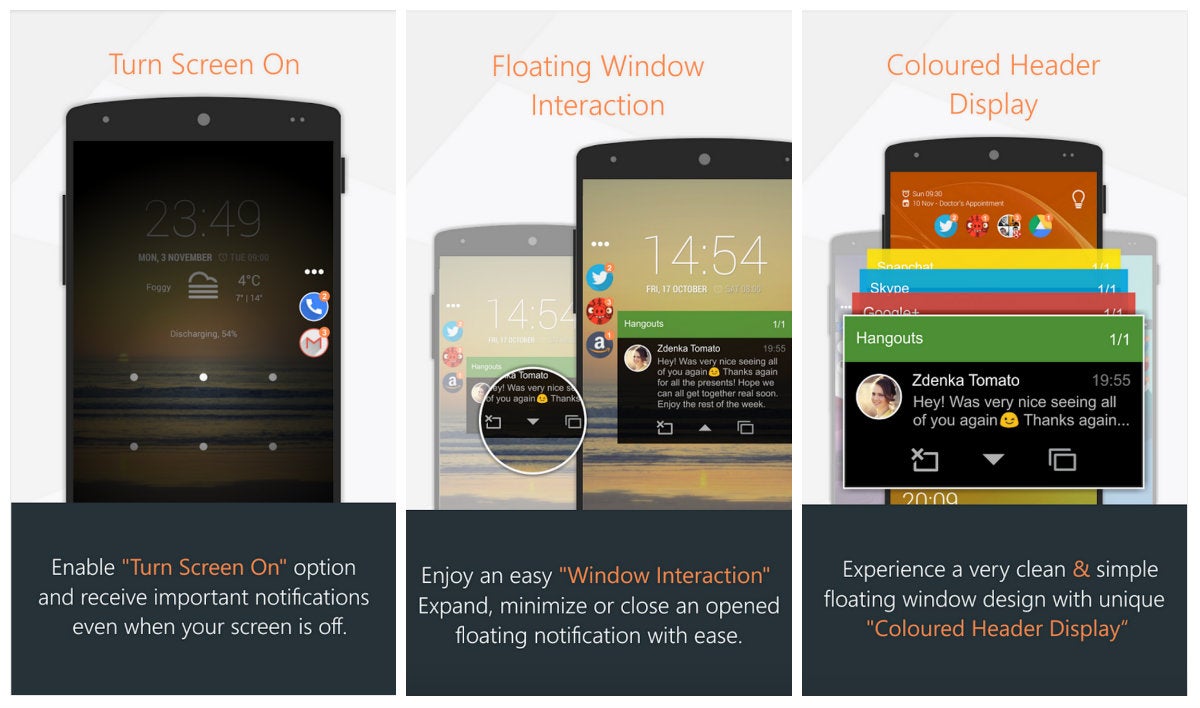 C Notice is another way to help organise all your notifications. Select what apps are most important to you, and they will appear on your screen much like Facebook's chat head setup. You can also have notifications pushed to your lock screen, and messages open in small windows so you can respond quickly. [Free] 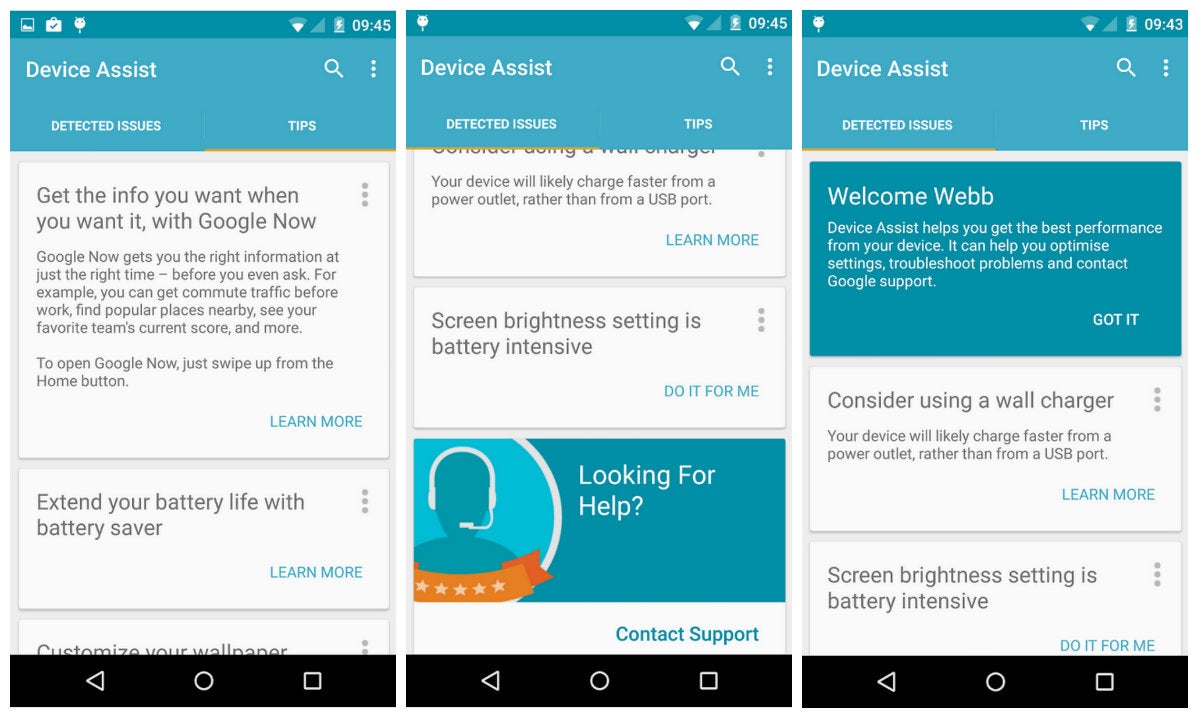 This app is reserved for only a small swatch of Android users, specifically Nexus, Google Play edition and Android One owners. Translation: no skinning need apply. This app makes sure you're getting the most out of your smartphone by diagnosing any problems you're having, provide suggestions for better performance, and access to live Google support for Nexus and Google Play edition devices. Your smartphone needs to also be running Lollipop 5.0 (which it hopefully is already.) [Free] 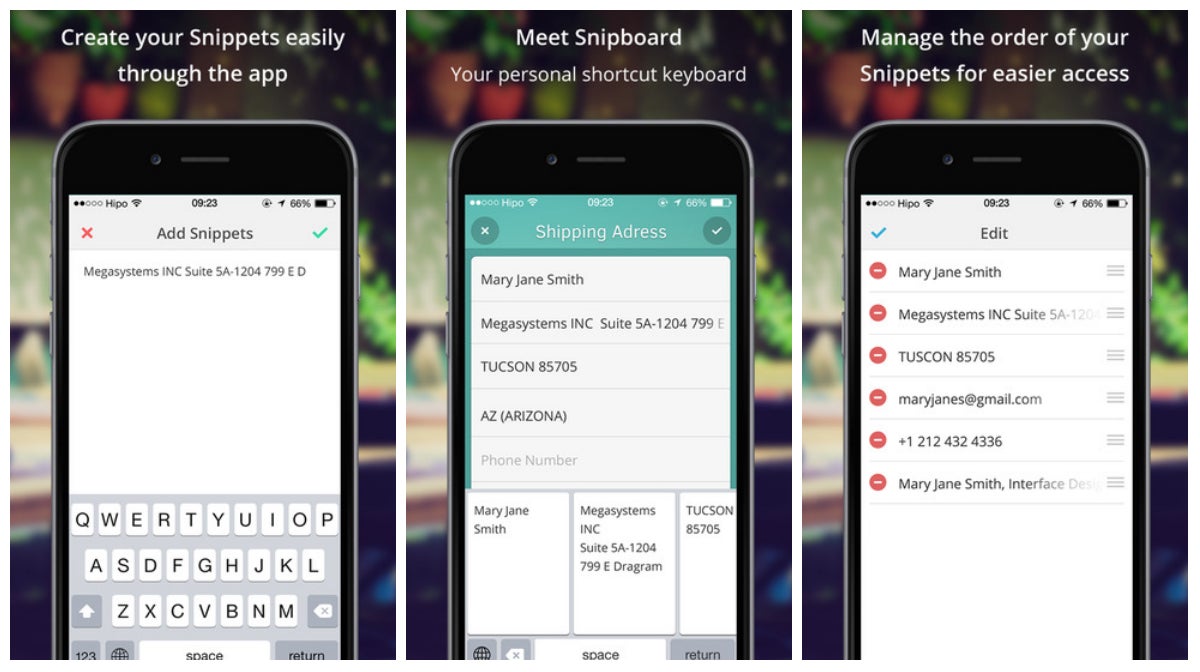 Do you have bits of information you seem to type out ad nauseum? Maybe it's filling out your shipping address for various online shopping forms or something as simple as an email or gamertag — something keyboards love to annoyingly autocorrect. Snipboard attempts to make typing these repeated words and phrases over and over much easier by letting users curate a library of common words that can be summoned with a tap. [Free] 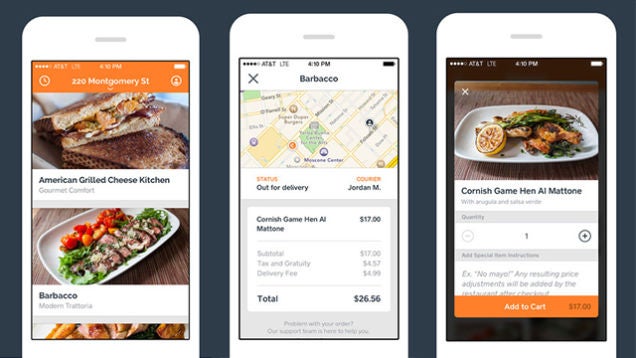 Smartphones are making more and more convincing reasons for me to never leave my apartment. [Free] 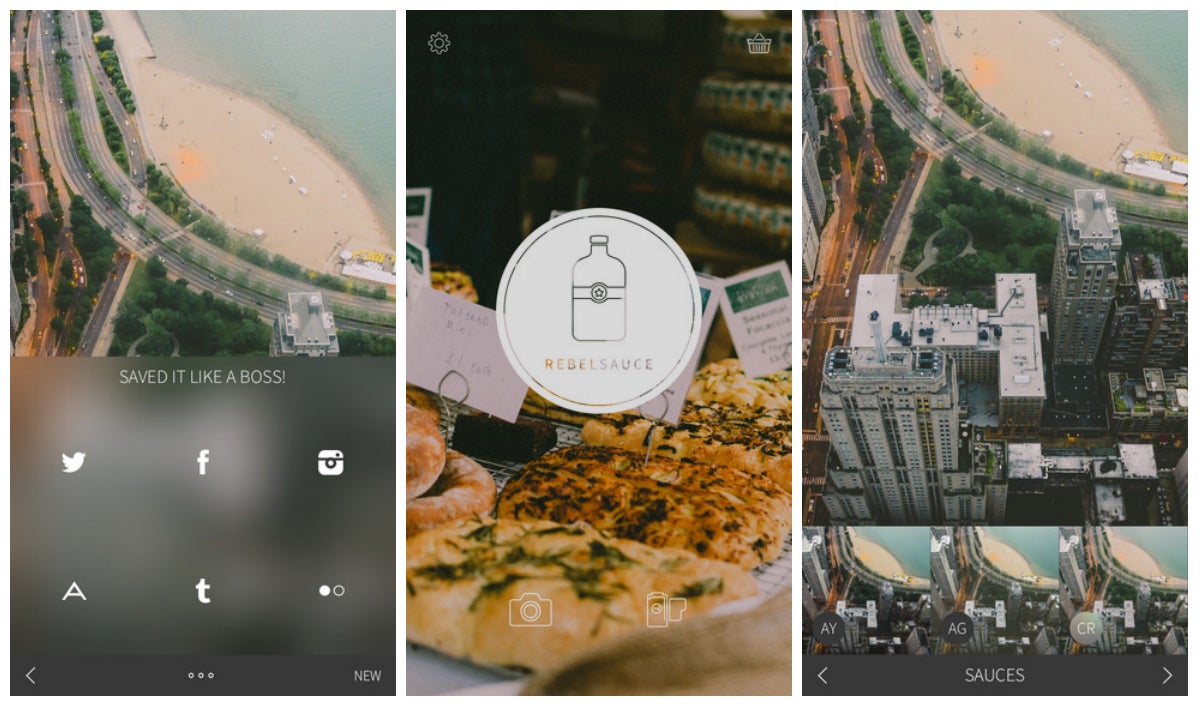 Rebelsauce is a well-designed photo editor, which brings all of iOS's design elegance into a photo-editing interface (including that frosted glass.) Rebelsauce is like Instagram filters taken to the next level. You can choose from 80 "artisan crafted" presets as well as different film emulation. [$US1] 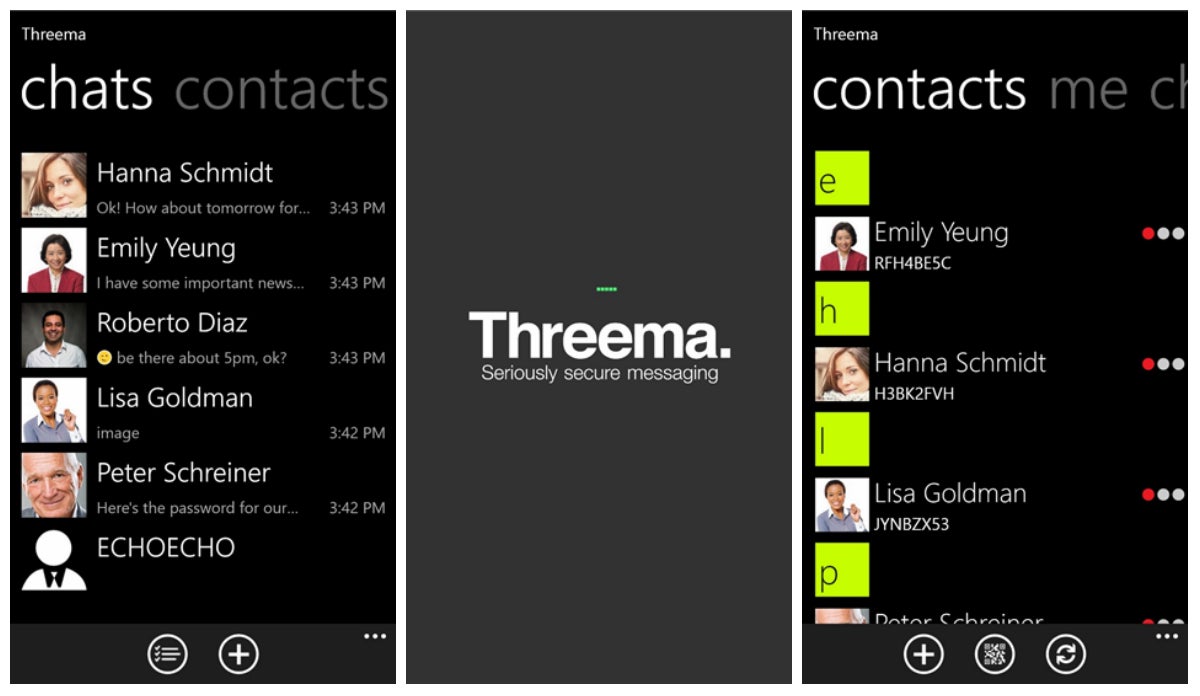 Threema is a secure messaging platform that's already debuted on iOS and Android. Where Threema differentiates itself from the almost endless pool of messaging services is its promise of end-to-end encryption on all your messages. Now, Threema faces staunch competition from WhatsApp now that the company is also bring encryption to its users, but has no plans for Windows Phone quite yet. [$US2]

Sight is from app developer Camer360 and includes a bunch photo-editing superpowers for Windows Phone. This free app packs in live filters, different shooting ratios, and can even take advantage of Lumia's Pureview technology. It's hard to rival some of Nokia's own shooting apps, but Sight has a lower barrier of entry. Simply download, and give it a try. [Free]