If you're a regular Gizmodo reader, there's a pretty good chance that you or somebody you know is a bit geeky. With that in mind, we've assembled a list of the geekiest Christmas gifts that money can buy — from Westeros-shaped mini-dresses to Han 'n' Leia hand towels. There's something for all ages and prices to suit every budget. We've also included links to where you can buy them online. Excelsior!

Click on the prices listed below to go to the online store. (There's currently a little over three weeks before Christmas, so any gifts you order should arrive on time — if you act fast.)

Game Of Thrones Legacy Collection [From $28]

These officially licenced action figures are NOT dolls, okay? Each character boasts over 20 points of articulation and stands up to 6.5 inches tall. Some moulds are better looking than others: the John Snow figure doesn't look much like Kit Harrington, for example, while Tyrion/Dinklage is pretty spot on. Prices start at $28.

If you’ve got a kid niece or nephew, get them one of these to cuddle up to at night. You’ll be the coolest relative in town.

Remember the three-eyed crow from Bran’s prophetic visions? You can now perch this plush version on a dream-catcher above your bed. Fly or die!

We featured this loveable duo in last year’s guide. Sadly, the Xenomorph is currently sold out but you can still pick up your very own dismembered android for just $9.99. (That’s 50 per cent off last year’s price!)

It's the gimp from Pulp Fiction — in action figure form. If you want to make Secret Santa weird and awkward, this is the gift to get. 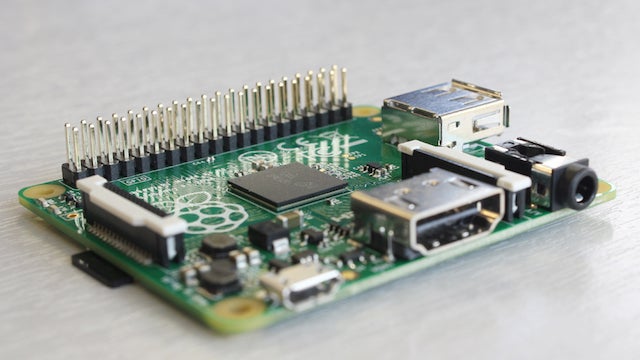 The ultimate gift in geek computing, the Raspberry Pi will keep the whizkid in your life busy with DIY projects until next Christmas. Click here to see just a few of the amazing hacks people have pulled off with this platform. Best of all, the latest version is smaller, thinner and cheaper. Local pricing for the new model is around $45 from the official Australian distributor. The launch list price is $US20,so it would pay to shop around.

This bad boy is made from genuine leather, stainless steel and glass. It's water-resistant up to 50 meters and comes with a collector's certificate with serial number and a black and silver padded box.

Okay, this one is properly geeky. It’s a wristwatch shaped like a retro arcade cabinet; complete with a working fire button that makes “pew-pew-pew” noises. Sex is overrated anyway.

The Wireless Plus is a storage solution that boasts its own Wi-Fi network. It allows you to share and store digital content on up to eight devices and has a battery life of ten hours. This will make a good Christmas gift for anyone going on holidays over the summer.

For the lazy dad who has everything: The Worx Landroid is an unmanned mowing vehicle that is smart enough to cut the lawn and return to its charging base unattended. (Click here to read Lifehacker's hands-on test.)

If you know a couple who live together and love Star Wars, you won’t find a better gift than this. Currently on special for $14.99.

Sometimes I kinda wish I was a girl. This is one of those moments.

If the lady in your life is a die-hard aSoIaF fan, these skimpy Game Of Thrones-inspired outfits will bring you both a lot of enjoyment. Examples include an Iron Throne skater dress, a dragon egg-print Vegas suit and Littlefinger leggings. Prices start at $60.

If your girl prefers Middle-Earth to Westeros, this is the dress to get her. (As an added bonus, you'll never get lost in the Misty Mountains again.)

The Doctor Who TV Christmas special has become a traditional part of the holidays which makes this the perfect gift for Whovians, whatever their creed. The only downside is that they'll have to wait until next Christmas to properly enjoy it (unless they're a Time Lord.) You can also get dalek and cybermen variants.

Yeah, it doesn't get much geekier than this. If your friends are into card-based role playing or you suspect they might enjoy it, start with the Magic The Gathering: Khans Of Takir Fat Pack, which includes a Player's Guide, two full deck boxes, nine 15-card booster packs, 80 basic land cards, and a special-edition life counter.

This is a lavishly illustrated coffee table book that collects the best conceptual artwork from the Star Wars universe; from Ralph McQuarrie’s designs for the original trilogy to the latest video game output.

The hotly anticipated follow-up to Bryan Lee OMalley’s Scott Pilgrim series is finally here. His new story follows the time-bending exploits of Katie; a young chef who attempts to do-over past mistakes with the help of a magical stranger. If anyone you know enjoyed Scott Pilgrim Vs. The World or the comics it was based on, they’ll be sure to get a kick out of this.

This is a fascinating business book from the co-founder of Pixar Animation Studios, Ed Catmull. Drawing insights from the studio's famous "Braintrust" sessions, Catmull explains how to build a creative culture in the workplace that will lead to better profits. A great gift idea for white collar relatives.

It's a new Harry Potter book! Actually, it's just a collection of concept art that takes a look at how the various creatures that populate J.K Rowling's world were translated from the page to the silver screen. Nevertheless, Potterheads will lap it up.

This year, Wizards of the Coast completely overhauled the D&D rule book for the fifth time in its 40-year history. The jewel of the new collection is the updated Monster Manual which contains hundreds of creatures from the game world, complete with details histories and full colour illustrations. Whether you're friends enjoy pen & paper roleplaying or just dig giants, trolls and dragons, this book will make their Christmas.

Remember that Star Wars-loving couple we mentioned? If they happen to have a kids, get this awesome picture book too!

This lavishly illustrated, 336-page coffee table book chronicles the complete history of Westeros; from the Age of Heroes through to Robert's rebellion and beyond. It's basically George R. R. Martin's version of The Silmarillion that spans his entire world; including the Free Cities of Essos, the Dothraki, Asshai by the Shadow and the savage jungles of Sothoryos. This is an engrossing tome that any Game Of Thrones fan will be sure to treasure.