Apple's First Computer Wasn't Designed In A Garage At All 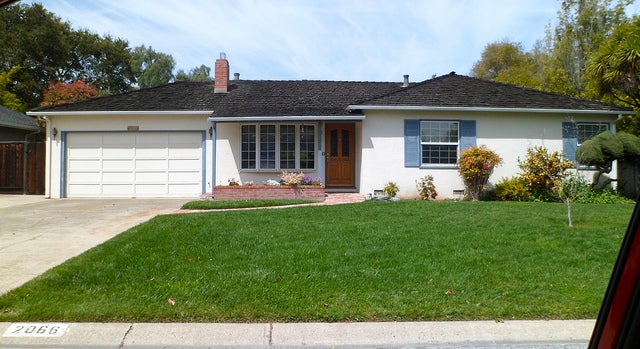 Although the legend of Steve Wozniak and Steve Jobs developing the first Apple computer in a garage at 2066 Crist Drive in Los Altos is certainly romantic, it didn't exactly happen that way.

"The garage is a bit of a myth," says Wozniak in a new interview with Bloomberg. "It represents us better than anything else, but we did no designs there. We would drive the finished products to the garage, make them work, and then drive them down to the store that paid us cash."

In fact, this isn't the first time Wozniak has debunked that little myth. Here on Gizmodo, he described how things really worked in the comment section of a post about the Apple-1:

Actually, there was no design nor construction of this computer in any garage. It was designed and built in my HP cubicle at night and in my Cupertino apartment. The designs were passed out freely with no copyright notice so that others could build a useful computer at low cost. Others even had hand-built versions of this computer before Steve Jobs even knew it existed. He came into town and I DRAGGED HIM to the Homebrew Computer Club where I showed off this computer every meeting. Steve saw the crowd gathered around me and suggested that we create a PC board that could be manufactured for $US20 and sell them for $US40 as a company. We'd been selling my fun devices for 5 years so this was just a formalization step. Steve Jobs did do the business end of getting the thing productized, but at first it was just to be a PC board alone, with no parts on it. When you have no money, you have no money, and you work from home. Paul Terrell of the Byte Shop believed in this market and he put up the money [risk] to build stocked and working PC boards. But since we were showing the Apple ][ privately before ever shipping an Apple I, it was to be a short term product. The Apple I wasn't designed to be a computer as much as modifying my hand-built terminal (Arpanet days) to be a computer.

We sold maybe 100. Jobs did all the business, getting parts, getting sales, getting publicity, from his bedroom. The manufacturing was done in Santa Clara at the same place the PC boards were made. The garage had a bench but was only really needed part of a day each week to check out the boards and make sure they worked.

Not only do you start in a home when you are young with no money, but 7 of the first 10 Apple people (some, like Allen Baum, did incredibly help but were never employees directly) went to Homestead High School.

But just because the Apple-1 wasn't designed there doesn't mean the garage isn't part of Apple's history — in fact, it was made a "historic resource" by the The Los Altos Historical Commission last year.