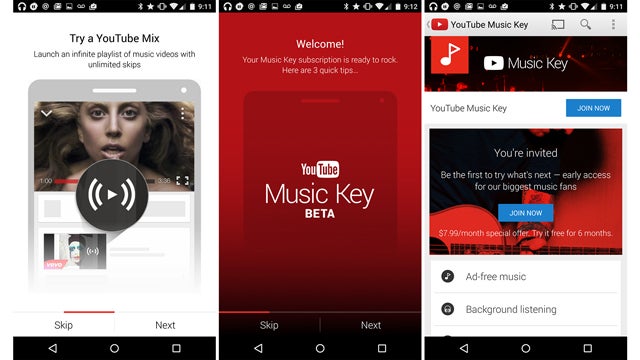 Last week, YouTube announced its new streaming music service, which is finally rolling out in beta form. It comes complete with out-of-app background listening, cacheable videos, ad-free music, and a 6 month free trial. It turns YouTube into a great little music player. I just tried it out and so far, so good.

It will also include a subscription to Google Play Music, with 30+ million songs, expert-curated playlists, and in the coming days, the ability to watch many YouTube official music videos right from the app.

It will also offer offline playback. If you get invitation to join the beta program, you’ll be able to try it out for free for six months, and then pay a discounted $US8 a month after that.

To see if you’ve got access to the beta, just go boot up the YouTube app you already have or go here. If it’s there, it will walk you through the specifics of Music Key in great detail, twice. Once you join up for a six month(!) trial by attaching some sort of payment method, you’re good to go. No new app to download or find your way around. The barrier to entry here is basically nil.

The first, and I think best, feature works completely in the background. Just start a video and close out the app and it keeps playing, generating a little music-control widget in the app drawer on Android, regardless of whether you’re listening to actual music, or just a video (I got an episode of Angry Video Game Nerd and some Slingshot Channel videos to work as well.) There’s also a little download button if you wanna cache your videos to watch them later. 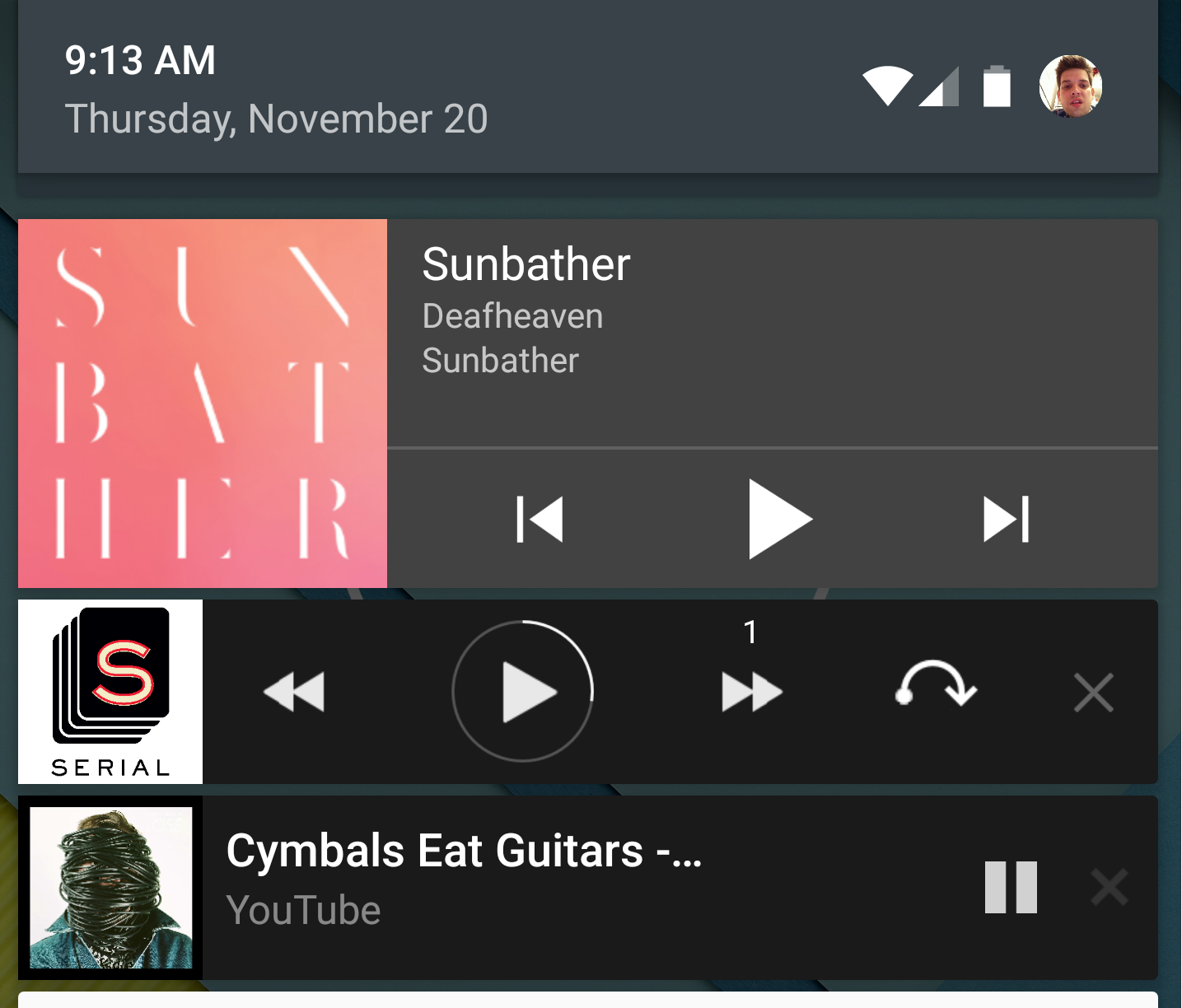 Here’s the widget, hanging out with my podcast and Google Play Music widgets.

Functionally, this works pretty much exactly like listening to YouTube in another tab on your computer. You can make playlists, or listen to other people’s playlists if you want to keep going. But otherwise when whatever video you’re listening to comes to an end, you’ll have to go back into the app and find the next one.

And if you’re looking for auto-playlists, there’s the “Music” tab on the YouTube app home screen, which rolled out a few days ago and which everybody will have. Here you can find some mixes based on artists you’ve recently searched for (I got Sum 41 and The Magnetic Fields, both good guesses and neither of which I am ashamed of), along with a seemingly endless list of suggestions as you scroll: Suggestions based on watch history, from channels you’re subscribed to, things you’ve watched before, Google Play Music suggestions, popular videos, top videos by genre, and some assorted curated playlists. All of this will theoretically take the place of a “radio” option, which YouTube Music Key doesn’t have.

In addition to the ability to listen to all this outside of the YouTube app — and with the screen off! — Music Key subscribers also get to cache their videos for off-line use later, just like you can cache songs and albums on Spotify. That, and there are no ads.

So far the beta is only rolling out to select users; Google says mostly people who listen to a lot of music on YouTube. Folks who are already subscribed to Google Play Music All Access are signed up automatically, which is probably a play on Google’s part to just roll all its services into a blanket “Google Play Music” subscription. That way you’ll get Music Key plus the more traditional music-only streaming experience that the-service-formerly-known-as-All-Access offers in one place. After the six month trial is up, you’ll have to pay 8 bucks a month to keep going. That’s promo pricing, so you have to sign up right away, and if you leave and come back, you’ll have to pay a still-reasonable 10.

There’s not a whole lot to see with YouTube Music Key; it’s really just like listening to music on YouTube on your computer, with the video playing in a separate tab or minimized window. There are just a few extra features tacked on, like the ability to cache for later, and the lack of ads. And that’s what makes Music Key so great to use. You already have the app, you already know how to use it; all you have to do is turn it on the extra features (and eventually pay for them). I can already tell that I’m gonna be hurtin’ when this six months is up.