You’ll Look Forward to Cutting the Lawn When You Turn Your... 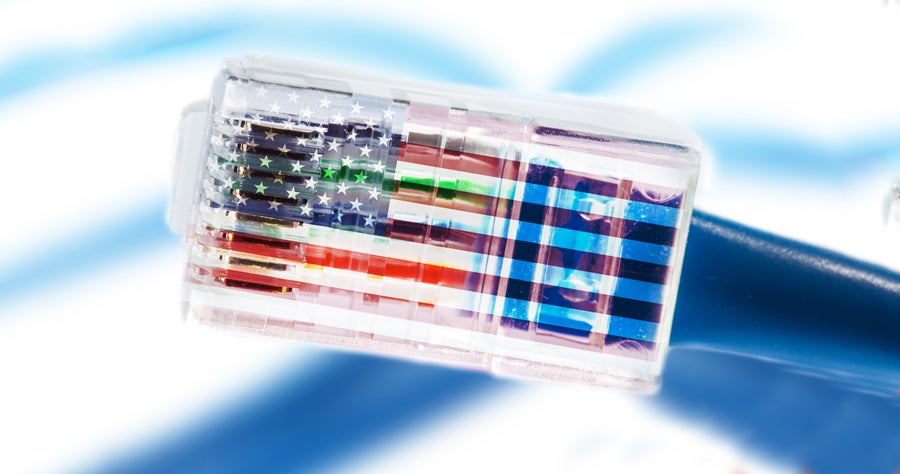 Yesterday, President Obama gave internet-lovers a virtual exploding fist bump in the form of a powerful statement on net neutrality. More than that, he gave the outline of a plan, and despite what some political opportunists would have you think, it’s a good one.


Whether you’ve been following the net neutrality battle or not, the president’s 1000-word plan to assure a free and open internet probably left you with some questions. At the least, a healthy amount of scepticism. As well it should have. This has been a long and complicated fight.

Three questions stood out for me. One: Is this statement just political posturing or does it mean something? Two: How valid are the opposition’s complaints? And three: Does it actually have a shot?

I called some experts and got some answers. Based on what they told me, Obama’s plan nailed it.

Let’s take the last question first. The good news is, while presidential initiative is inherently political, President Obama’s plan has some real meat on it.

Barack Obama has talked about keeping the internet free and open since he was just a candidate, and in the past few months, we’ve seen the White House take an increasingly aggressive posture in the argument over how the FCC should protect net neutrality. So when the president issued this statement, it was not a huge surprise. What was surprising, however, was how specific — and on point! — it was.

“It’s exactly the thing we’ve been saying all along,” Harold Feld told me. Feld is a senior vice president at Public Knowledge, an organisation dedicated to preserving the open internet, and has been fighting for net neutrality for years. “The president has been more specific than anyone ever thought.”

The most important part of the plan — and one specific that many people weren’t expecting — is reclassifying the internet as a public utility under Title II of the Telecommunications Act. That protects consumers by treating the internet as an essential service. The statement also gave us a list of things the president wants the FCC to include in its new rules in order to protect consumers: no blocking websites or services, no throttling, no slow lanes, and greater transparency.

Those first three things should make good sense, but that fourth one is kind of vague, and one example of how the plan is still incomplete. “Greater transparency” is a super broad mandate, but the president alludes to one specific example. “The connection between consumers and ISPs — the so-called “last mile” — is not the only place some sites might get special treatment,” he wrote. That special treatment might raise some flags, but it alsocurrently exists.

Feld said this basically refers to situations like the Netflix-Comcast arrangement, where an ISP bullies a content provider into making a deal for better service that affects the consumer, but nobody actually tells the consumer. Obama’s leaving this one open-ended because who knows what kinds of deals internet companies are going to strike in the future. Regardless, it would be nice to keep consumers informed.

In a sense, the fact that Obama gets into specifics bats down the simplistic and politicised conservative argument that he’s trying to over-regulate the internet. “It will destroy economic growth!” they crow.

That’s just not true. The internet is free and open by design. That’s how it created so much economic growth in the first place. It was a level playing field, where anyone with an innovative idea could start a business and succeed — a very American idea, by the way. Obama’s plan aims to preserve that idea while protecting consumers. Consumers are pretty important for economic growth!

No, the government won’t set the price of the internet.

Not long after Obama issued his statement, the ISPs that will be affected by whatever the new FCC rules are issued some predictably self-preservational reactions. After making some empty remarks about how they support the open internet, companies like Verizon and Comcast suggest that it’s silly to use the Telecommunications Act of 1934 to regulate the internet because, well, it was written in 1934. This is a pretty dumb argument.

If the idea of using an 80-year-old law to regulate a super futuristic communications technology worries you, you’ll be very glad to know that the president’s got your back. In his statement, there is this brief but very important line: “I believe the FCC should reclassify consumer broadband service under Title II of the Telecommunications Act — while at the same time forbearing from rate regulation and other provisions less relevant to broadband services.” (Emphasis mine.)

That’s why the second part of that sentence is so important. When he suggests “forbearing from rate regulation [etc.]” the president is referring to an specific rule that allows the FCC not to apply certain parts of the law to certain carriers “if certain statutory criteria are met.”

In other words, if parts of that 80-year-old law should not apply to broadband, they don’t have to! For instance, there’s a provision in the law that dictates how 1800 numbers should work. Obviously, that provision does not apply to broadband, so the FCC can forbear it. It’s also important that Obama specifically suggests that the FCC forbear rate regulation. That means that the government would not name the price of internet under this plan, despite what Ted Cruz and his cronies say.

“I think it’s really important that the president mentioned forbearance,” said Corynne McSherry, intellectual property director for the Electronic Freedom Foundation (EFF) in an interview. “What’s going to happen is [the FCC is] going to look at Title II — look at what makes sense for the internet for the 21st century — and they’re going to forbear from the rest of the law that don’t apply.”

Obama’s net neutrality plan is good for America, because it’s the best way for the internet to work the same way it’s worked for decades. It reinforces the regulations that keep the internet free and open, while remaining flexible enough to adapt to evolving technology. This approach is also designed to protect consumers that might make it harder for them to take advantage of those same consumers. No wonder companies like Verizon and Comcast don’t like it!

This is great for America — if anyone listens.

What’s ridiculous about the political shit-slinging around net neutrality is the simple fact that everybody outside of the ISPs — or the politicians whose campaigns they pay for — wants the same thing. They want the internet to stay free and open so that it can remain a vital tool for communication and commerce. They also want to make sure that we don’t end up with an abusive monopoly of internet service providers.

It’s unfortunate that there are so few ISPs — about one in three Americans only have one choice — but that’s the way it is right now. We’ve seen how some of the ISPs take advantage of their practical monopoly. That’s not a partisan issue. It just sucks.

It’s understandable that conservatives are worried about the president imploring the FCC to add too many new rules and regulations. So are the internet experts. “Lots of us worry about the FCC over-regulating,” McSherry told me. “We need the minimum of what we need, and then we need to stop and do no more.”

The joy of Obama’s plan is that it’s the minimum of what we need. The telcos and fear-mongering campaigning politicians who immediately jumped down the president’s throat either don’t actually understand what the president is proposing or don’t care. The “Obamanet” is not fundamentally different than what we have now. It does do a better job of guaranteeing net neutrality and protecting consumers — both very good things. Again, Obama’s plan aims to guarantee our internet doesn’t become some walled garden, where consumers have to pay an admission fee to access basic services that are free today.

It’s hard to imagine Wheeler will ignore Obama. The commissioners will also have to vote on these rules, and that will likely come down to party lines. Feld told me that this whole process could begin as soon as December, although there will surely be challenges in court if the FCC does take the Obama-recommended approach.

That means no resting on your laurels, internet lovers. Yesterday was a good day. Tomorrow could be better.