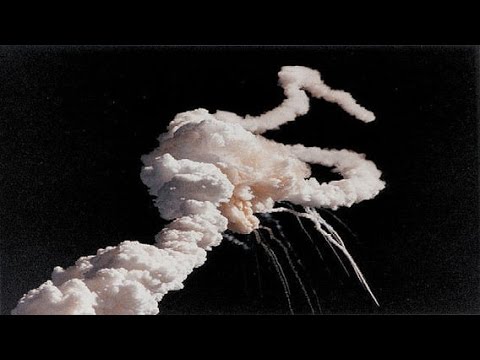 Last week was a particularly grim one for private space flights. Virgin Galactic’s SpaceShipTwo crashed in the Mojave Desert, about 150km north of Los Angeles, killing a pilot, Michael Alsbury, and seriously injuring another, Peter Siebold.

Although the US National Transportation Safety Board investigation is ongoing, there have been reports the “feathering” system that SpaceShipTwo uses may have been prematurely activated, leading to the crash.

Earlier in the week, an unmanned Antares rocket, taking cargo to the International Space Station, exploded shortly after take-off.

Space travel is a risky business. As we push for technological advances and further exploration, accidents unfortunately happen. Spacecraft are extremely complicated systems, with countless aspects to consider, simulate and test to ensure successful take-off and re-entry.

Here are five key space accidents that have defined modern space travel, and the reasons they happened.

The Russian Voskhod 2 mission is best known as it was the first successful spacewalk in history. The spacecraft had two crew members on board: Pavel Belyayev and Alexey Leonov. Leonov was the first person to leave a spacecraft to conduct a 12-minute spacewalk.

However, it had a disastrous re-entry in which a malfunction of the automatic landing system forced the pilots to land the spacecraft manually, in a heavily forested area located more than 300km (186 miles) away from the intended landing zone. Leonov and Belyayev had survived, but their mission control did not know their locations. After spending a night in freezing temperatures, they were finally spotted and rescued.

Soyuz 1 was launched carrying astronaut Colonel Vladimir Komarov. Upon re-entry, Komarov died after his module crashed when both the main chute and back-up parachutes failed to open.

His death was particularly controversial due to the numerous system failures in previous tests reported by engineers, but ignored by the Soviet establishment.

The mission was plagued with other problems, including a faulty solar panel. The tragedy resulted in an 18-month delay in the subsequent launches of Soyuz 2 and Soyuz 3, but led to improvements in the program.

Failure: decompression in capsule during re-entry.

Russian Soyuz 11 is known for boarding Salyut 1, the first space station, but the mission ended tragically when the crew capsule depressurised during re-entry, asphyxiating all three crew members.

The culprit was a breathing ventilation valve which opened during re-entry, allowing oxygen in the capsule to escape. The crew were not wearing spacesuits. Following the accident, the Soyuz spacecraft was redesigned to allow astronauts to wear spacesuits during launch and landing.

As the crew of the Space Shuttle Challenger began their ascent, the shuttle suddenly broke apart 73 seconds into its flight and burst into flames, killing seven crew members. The source of the explosion was found to be an O-ring – a seal placed in solid rocket boosters used during take-off – which failed and led to the explosion.

A special commission appointed by Ronald Reagan to investigate the accident found NASA had disregarded warnings from engineers that the use of the O-rings in the low-temperature conditions on the morning of the launch presented a danger.

Space Shuttle Columbia suddenly disintegrated as it was descending towards the Kennedy Space Centre, resulting in the death of all seven astronauts, and several thousands of pieces of debris landing across Texas and Louisiana.

The tragic accident was caused by a piece of foam insulation which broke off and hit the left wing. The damage allowed hot gases to penetrate and destroy the internal wing structure upon re-entry, slowly breaking apart the aircraft. The disaster led to several changes including adding on-orbit inspections, and the preparation of a rescue mission if irreparable damage is found.

Is The Era Of Space Tourism Over Before It Has Even Started?

Each of these five disasters resulted in changes which contributed to making space travel safer for the subsequent space missions – albeit the price can be measured in human lives.

As pointed out by Fredrick Jenet on The Conversation yesterday, failure is a necessary part of great success, as shown by the 55 mission failures and only 41 successes which led to space missions to the moon. Unfortunately, catastrophic failure in aviation can result in loss of life.

Virgin Galactic has been at the forefront of space tourism with their innovative SpaceShipTwo aircraft, with Richard Branson booked on-board on an inaugural flight in the next few months and commercial service expected to begin early next year. It is now unclear how long it will take for Virgin Galactic to offer space travel to the public.

The tragic accident is unlikely to result in the end of space tourism as major space companies continue to grow and move forward. History shows new regulations and safety procedures are likely to result from the investigation, leading to safer space travel in the future.