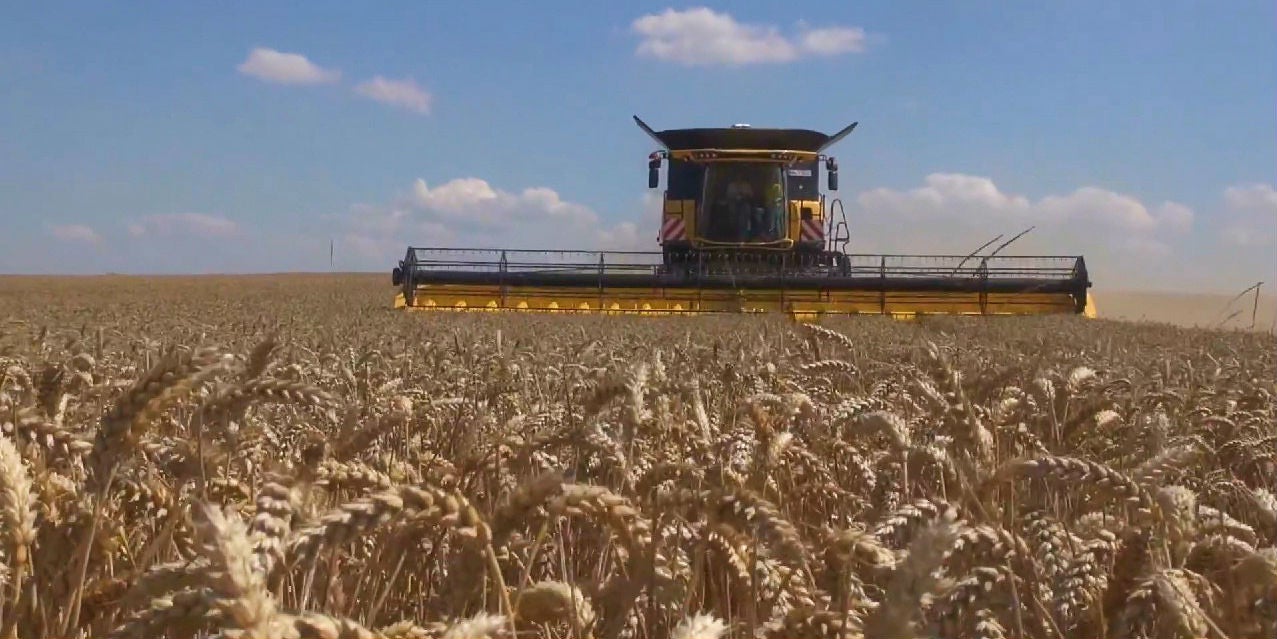 A bushel’s as good as a peck to most folks outside the agricultural industry but that doesn’t make the New Holland CR10.90’s wheat-picking feat any less impressive. It was able to harvest nearly 800 tonnes of the grain from 198 acres of English farmland in a single workday — all while setting a Guinness world record.

Per a New Holland press release:

The record-breaking day’s harvesting, which started at 11:17 a.m., was characterised by changing weather conditions, with the ambient temperature ranging from 64-70°F and light showers occurring from 5:30 p.m. onwards. The CR10.90’s average throughput was 99.7 tonnes/hour (3,663 bushels/hour) and peaked at 135 tonnes/hour (4,960 bushels/hour) in a crop yielding an average of 9.95 tonnes/ha (148.1 bushels/acre) and an average moisture content of 16.2%. The record was achieved using a mere 1.12 litres of fuel per tonne of grain harvested (124.6 bushels/gallon) with the straw chopper engaged throughout the day.

“This record demonstrates the unsurpassed capacity and productivity of the CR10.90 Elevation, especially as the current record of 675.84 tonnes (24,832.87 bushels) was broken after just six hours and 36 minutes,” stated Hedley Cooper, Head of Harvesting Product Management.

Now all we need to do is integrate an autonomous driver system as found in the Ladybird or Lettucebot platforms and these machines will be able to run practically nonstop throughout the harvest. [New Holland via Agwired]