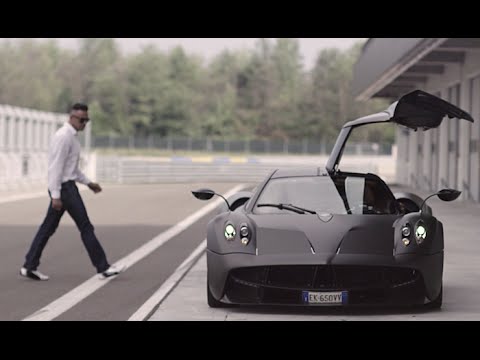 Davide Testi probably has the best job in the world. He’s the test driver for exotic hypercar company, Pagani. Here’s how he got that freaking amazing job.

In this awesome chat with /DRIVE, Testi tells of how he first got his job at Pagani. When he was young he started learning how to be a mechanic, before one day bumping into Mr Pagani himself to ask him about his car. Upon hearing of his studies, Pagani told Testi that when he graduates, he should come back for a job with the hypercar company. And that’s exactly what he did.

But it wasn’t straight into the cockpit of multi-million dollar machinery, however. Testi’s first job at Pagani was cleaning the floors, he says, followed by several stints building the cars themselves so he could figure out how they worked.

As a result of his extensive knowledge building and fixing Pagani hypercars, he now knows how to feel problems on the track before they happen so that the engineers can fix them.

His top priority isn’t to figure out how to make the car go faster, according to Testi. Pagani himself told Testi his primary role is make the car safer.

The best perk of the job is that Testi gets a Pagani of his choice to drive around as his daily commuter. Rather than fly from Italy to Paris to help a customer, for example, he’ll take his Zonda Revolution. “It’s part of my job!” he says, with a massive smile on his face.