Our Favourite Features On iOS 8 [Video] 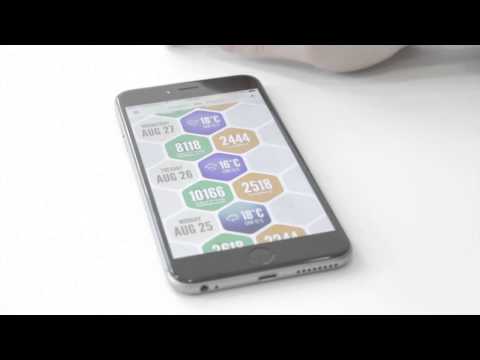 Everything you thought could be better about iOS 7? Yeah, that’s fixed and some in iOS 8! Here are a few of our favourite features.

It might look like exactly the same OS as before, but iOS 8 is tweaked and tuned for the perfect user experience. Existing iOS users will love it, returning iOS users will be blown away by it, and users on other platforms who play with it might just be tempted back over by how easy everything is.

The Photos app has been overhauled, and images have been split up into new albums. Recently Added stores all the photos you’ve grabbed, while individual camera functions like Panorama, Video and Time Lapse are all stashed off in their own folders. The Photos app also now allows you to hide particular photos by long-pressing on it. Alternatively, you can actually Favourite photos now, which stores them in their own special album. While we’re on photos, it’s also worth noting that the Camera app itself now allows you to set a self-timer, capture Burst Mode Selfies and capture Time Lapse video.

Apple’s Handoff feature, first demonstrated at WWDC as a way to switch seamlessly between your Mac and your iPhone or iPad has come to iOS 8 early, meaning you can be notified of stuff like phone calls on your other devices. I’m reviewing the iPhone 6 and the 6 Plus at the moment, and everytime one rings, the other tells me about it and gives me the option of answering the call on the separate device. It’s baffling, but awesome. That feature extends to iPads too.

Multitasking View now shows you a list of recent contacts as well as your recent apps, as well as a list of your Favourite Contacts to make getting in touch with everyone easier.

Siri got an upgrade, and among other things she can now tell you the music that’s playing a la Shazam. Just ask her “What Song Is Playing?” and voila, she’ll tell you while also pointing to a buy link on the iTunes Store. Unlike Shazam, she won’t give you deep links into your streaming services like Spotify or Rdio, nor from the looks of things will she remember it in a list format you can access later.

Apple has made a few changes to Notification Center in iOS 8 to make it easier to use. You can do a few new things, including tune the Today view so that it shows you only the information you find relevant to you.

The Notification Center also allows you to respond inside the Notification window to things like messages. Yes, it’s something Android and BlackBerry have both had for a while, but it’s on iOS now and users who have been here a while will like that.

The only weird thing I’ve noticed about iOS 8 on the iPhone 6 so far is the inability to take a screenshot as easily as you once could It used to be a matter of tapping the Home and Power keys at once, but iOS 8 requires the keys to be held down for a period of time before it will realise you want to capture a screenshot. For the life of me, I can’t figure out how to change that.

During our testing, we found that the iPhone 6 Plus had a bit of a problem with scaling.

A little while ago, around the time the Retina iPad Mini was released, Apple worked out how to use Retina assets in an app to upscale and shine up iPhone apps so they worked well at 2x magnification on the tablet. Now that the 5.5-inch iPhone is here, Apple is doing something similar, scaling up the iPhone apps to work on a larger screen for developers that haven’t taken advantage of the specific setting that allows apps to interact with the iPhone 6 Plus differently.

It should work great, but unfortunately, a few third-party apps aren’t coping well with the scaling change, with the animations looking jagged and stuttery, while graphics look blown up to the point of losing sharpness.

Thankfully, because the scaling isn’t as severe on the 4.7-inch phone (as opposed to the 5.5-inch model), the scaling issues are nowhere near as bad. There are still a few frame issues here and there, as well as a low-res texture every so often, but it’s very manageable.