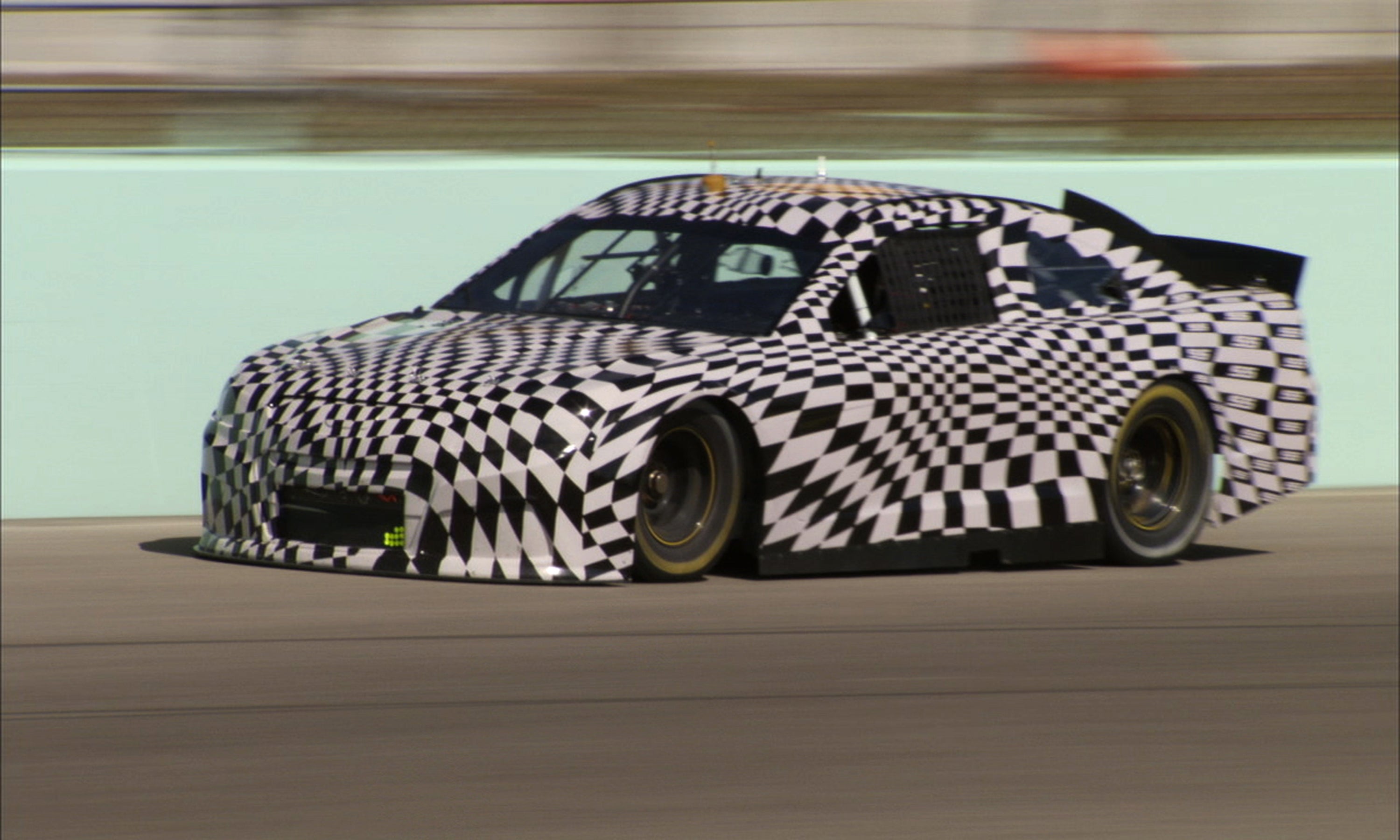 In the early days of modern warfare, ships protected themselves from German U-boats with wild, eye-catching painted patterns called dazzle. The military moved on to new forms of camo decades ago, but for carmakers, dazzle is still the best way to protect prototype cars from being photographed.


If you read our wonderful sister blog Jalopnik, you know how Chevy recently released images of the new Volt covered in swirling, black-and-white camouflage. The release itself was a bit of joke: If you want to keep a car secret, send out a press release! But it’s also a pretty interesting example of how carmakers regularly adapt a century-old optical trick to make sure photos of their new cars don’t reveal too much. We got in touch with Chevy to find out a bit more about these cars. 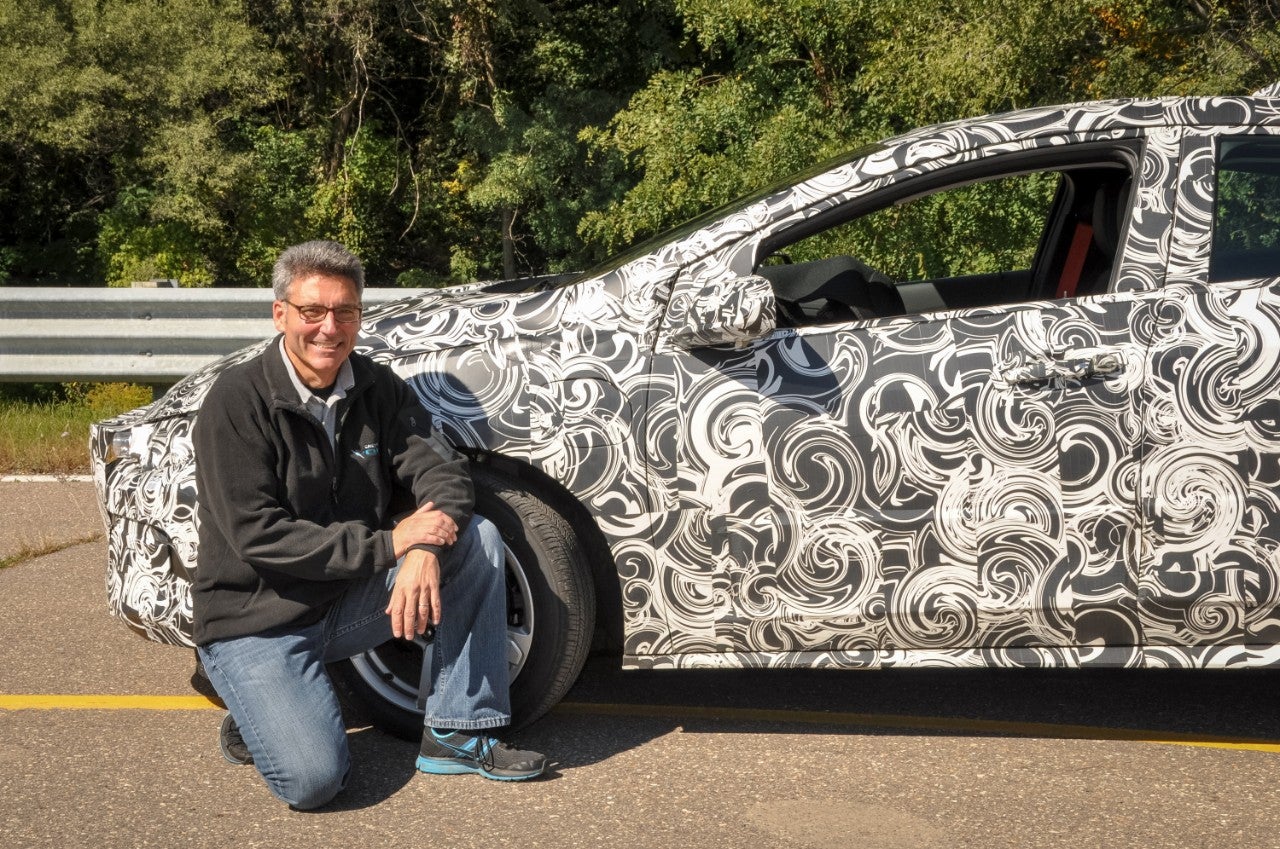 It seems that the adoption of “dazzle” to hide car designs coincided with the explosion of consumer cameras, and more so with the ubiquity of smartphones. GM told me that the practice began in the late 1980s, but didn’t really explode until the 1990s. “In recent years with the rise of smartphones and mobile internet devices, the vehicle camouflaging technique has really escalated to a technique used for the entire lineup,” the company’s reps added.

So, how does it work? Dazzle camouflage sounds oxymoronic: Why would you cover something you want to disguise with vivid, contrast-heavy patterns? It’s actually one of the primary concepts of camo, found both in nature and manmade systems. Think of a white tiger with black stripes. Those stripes run perpendicular to the line of the lion’s limbs, and in this way, they break up the continuous form of the animal itself. Along the same lines, Army camouflage is designed to break up the lines of soldiers’ arms and legs. 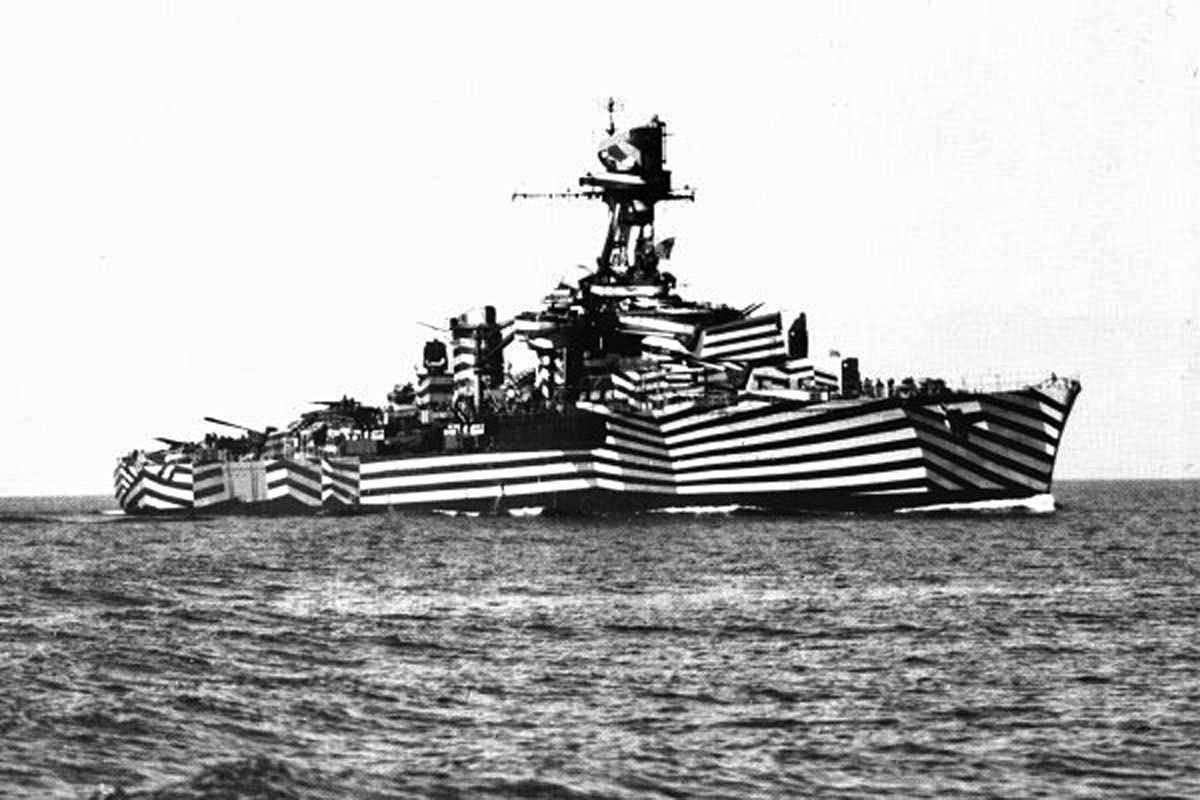 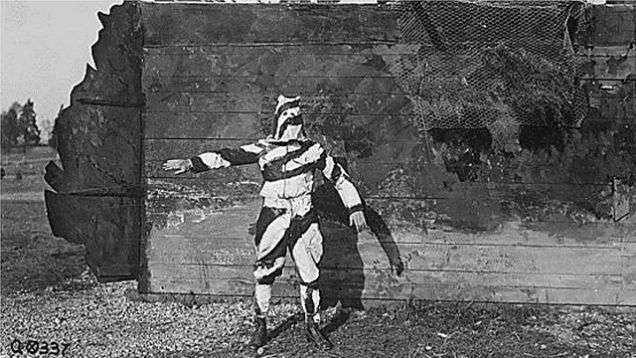 1917: A soldier in World War I models early camouflage. Image via the National Archives/Department of Defence.

Dazzle functions similarly. By creating giant, optical patterns on an object, it makes it hard to track where and how quickly that object is moving. In World War I, these irregular patterns were used to help disguise ships from German U-boats. In fact, even Winston Churchill wrote about noticing them. “The vessels themselves were painted for the first time in the queer mottled fashion which marked the early beginnings of the science of camouflage,” he wrote in 1932’s Thoughts and Adventures, quoted in this paper on dazzle.

Dazzle works well for confusing cameras, too, which is why carmakers are so keen to it. Your camera’s autofocus works by detecting shapes by colour and light; dazzle makes it tough for it to focus on the underlying shapes of a car’s body. Here’s a great explanation from Auto Guide‘s Sami Haj-Assaad:

Of course, dazzle can’t conceal everything. The cars being tested on public roads are close to hitting the floor of your local dealer, and companies simply want to conceal all the glittering details. 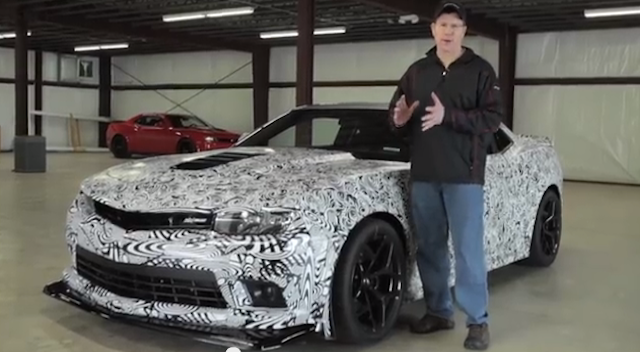 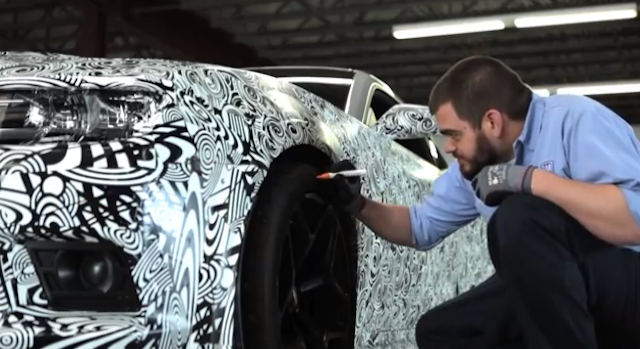