WSJ: The iWatch Will Come In Two Sizes And Have NFC 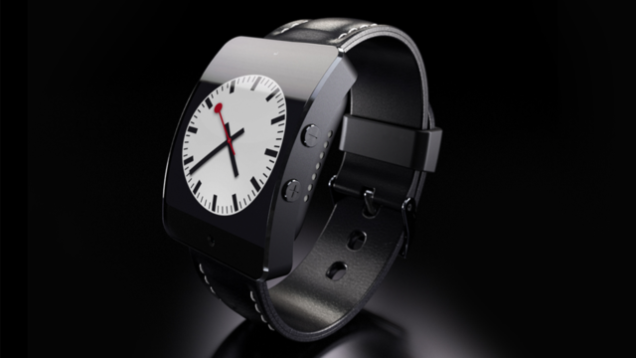 Most of the rumours about Apple's upcoming product launches have swirled around the iPhone 6, which will reportedly have near-field communication capabilities. But today, a report from the Wall Street Journal claims that the soon-to-launch iWatch will also feature NFC, allowing your wearable to act like your wallet. And there's more.

The iWatch — official name forthcoming — will allow users to utilise "tap-to-pay" functionality in stores. The report also gives us a crisper picture of what the device will actually look like: It will utilise a curved OLED screen that wraps naturally around the curve of the wrist. And since not all wrists are alike, the watch will be available in two different sizes:

The smartwatch would be offered in two sizes, both featuring a curved organic light-emitting diode screen, those people familiar with the device said. It will include sensors to track and monitor health and fitness data, the people said.

Unfortunately, it seems that the rumours suggesting the iWatch is nowhere near ready to ship are true, too. The WSJ says that though Apple will introduce the device at its September 9 launch event, and may take pre-orders for the watch, there's no word on when it plans to actually ship them.

But just as the WSJ suggests, the news that the iWatch will have NFC is crucial — and not just because it will enable the device to act as a digital wallet. NFC is capable of much, much more, since it can connect a single device with a host of nearby neighbours:

By waving a device in front of a reader, NFC could potentially be used in place of transit tickets, to turn on lights, sync devices to automobile in-dash display software or to download information about artworks at a museum, among other uses. The Clarion hotel chain has tested NFC as a replacement for room keys.

Your watch may not just notify you about emails or pay for your coffee — Apple could eventually make it the sun around which your constellation of other gadgets orbits. [Wall Street Journal]