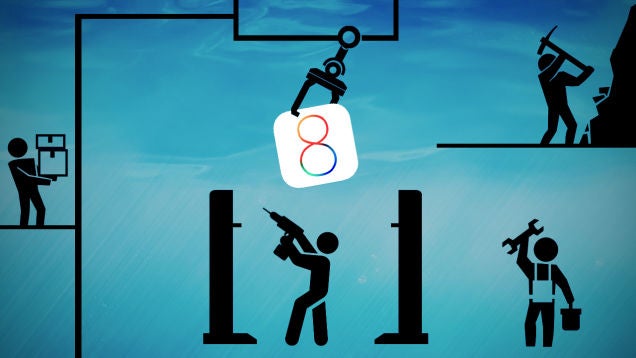 A platform upgrade always comes with its fair share of bugs. As seen on Apple's forums, one of the issues popping up with iOS 8 is slow Wi-Fi. But, fear not, apparently there's an easy fix.

Now, not everyone is experiencing sluggish internet connections on iOS 8 — some of our staff said they were, others didn't notice anything different. But on the forums, users are saying their Wi-Fi has been slow on a number of devices (iPads as well as older model iPhones).

So if you've fallen victim to this little issue, try going into your settings, selecting Privacy, then Location Services, followed by System Services, where you'll want to disable Wi-Fi Networking. To be clear, this doesn't turn your Wi-Fi off, it just disables a setting that seems to be getting in the way of normal connection speeds. And some users on the forums said this has helped things get back to normal. Others said just resetting their networking settings gave some relief.

There's always the nuclear option of just turning your Wi-Fi off and letting your data plan do the heavy lifting, but that's not a fix so much as a full retreat. It's also not an option for Wi-Fi only iPads either. In any case, a few of the bugs in the first version of iOS 8 will presumably be fixed in later builds of the platform. [Apple Forums via PCMag]