What Animal Tracks Mean For You 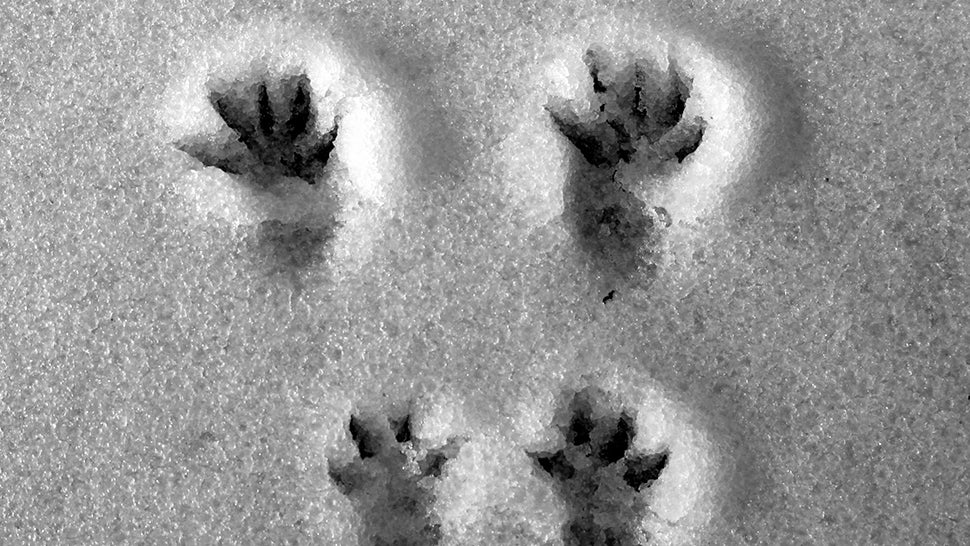 Big ones, small ones, cute ones and dangerous ones. The outdoors is full of animals, but often the only way you’ll know they’re there is if you see the tracks they leave. Here’s how to identify them and use them to your advantage, even if you’re just a casual day hiker.


How To Identify Tracks: The types of animals you may encounter differ by season, climate and region. The best way to identify tracks in the field is to carry a small, light guide with you. There’s a ton available, find one for the area where you live or plan to travel.

Didn’t bring one with you? Snap a picture with your phone, then, when you have cell reception again, Google, “[region], [season] tracks” or some derivation thereof. If you can guess the type of animal, all the better. So, I might search “Alberta, bear tracks,” or Wes might need to look up “California cat tracks.” Yep, that sound you heard outside camp last night was something that might eat you.

If you have a clear picture of a very defined track, then you might even be able to just stick that into Google Image Search. Otherwise, compare your photo to the ones you find through searching, it should become obvious what you’re dealing with quickly. 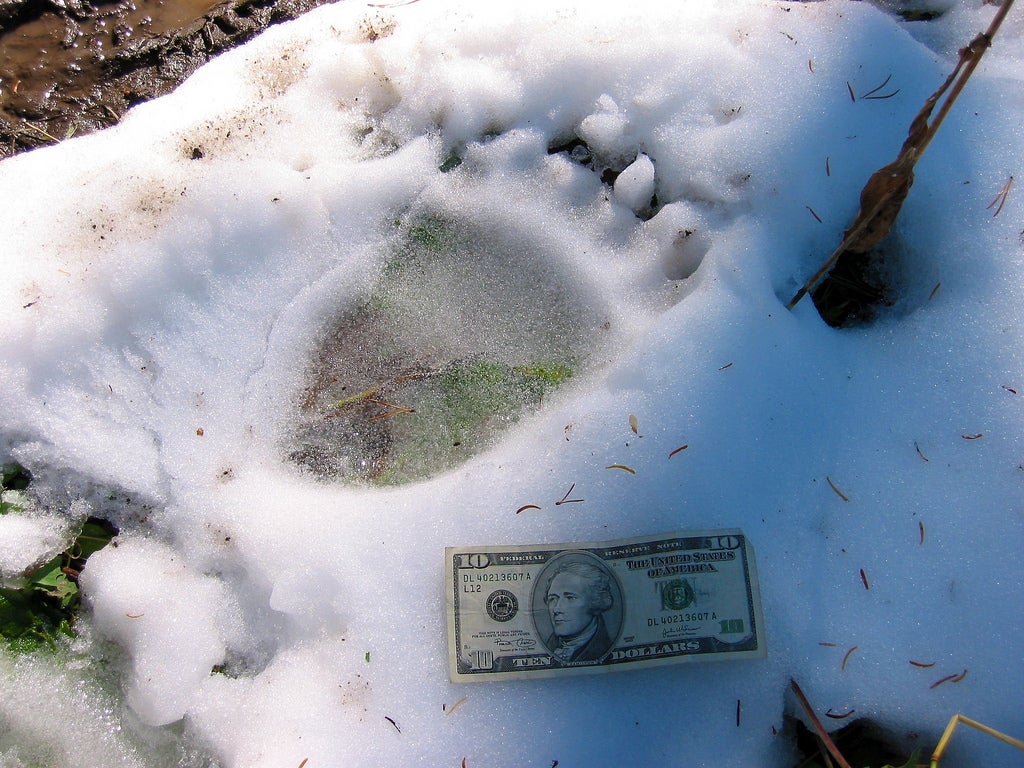 Not Bigfoot, Grizzly Bear. Photo by Bryan and Jaclyn Drum.

How To Tell When The Track Was Made: Because weather and the surface in question are such huge variables, gauging the age of tracks requires that you input variables like, “When was the last time it rained?” or “How hard is it snowing?”

Take factors like those into account, then look at the condition of the track. If a track is in soft soil and is incredibly well defined, it’s probably been made since it rained last. If a track has softer, less defined edges, it’s probably rained since it was made. Also look to see if plant or soil debris has fallen into the track, if the wind has softened its edges or to what degree other environmental factors have had on the degradation of its condition. Most of us aren’t going to be able to gauge temperature (used to determine the age of very, very fresh tracks), but by observing the environment in which they exist, we can divine a solid idea of the track’s age. 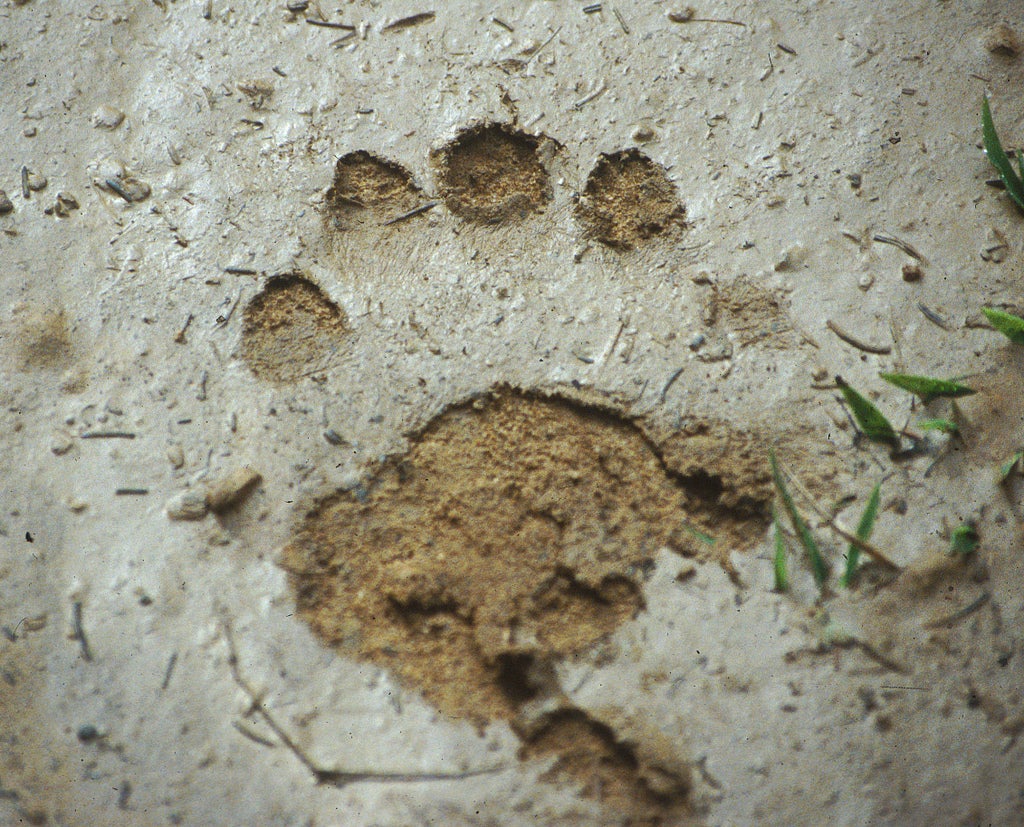 Black Bear, by US Fish and Wildlife.

How Fast Was The Animal Travelling? Measuring how close the tracks are together, as well as their clarity and depth, can help us determine how fast the animal that made them was moving. The further apart they are, the faster the animal was travelling.

You also need to consider the gait of the animal in question and what it means for their speed. Is your quarry a bounder a galloper or a runner? Adjust your estimations accordingly. A walking gait yields shallow, clear tracks, whereas higher speeds will result in deeper tracks that are “dirtier;” more soil has been dashed up by the increased ground pressure of the stride.

Again, bringing knowledge of the movement and gait of an animal is needed to inform your estimation of its speed. It’s easy to tell the difference between a walking print and a running one, but experience will lend you the ability to tell if the animal was just covering ground quickly or fleeing your presence. 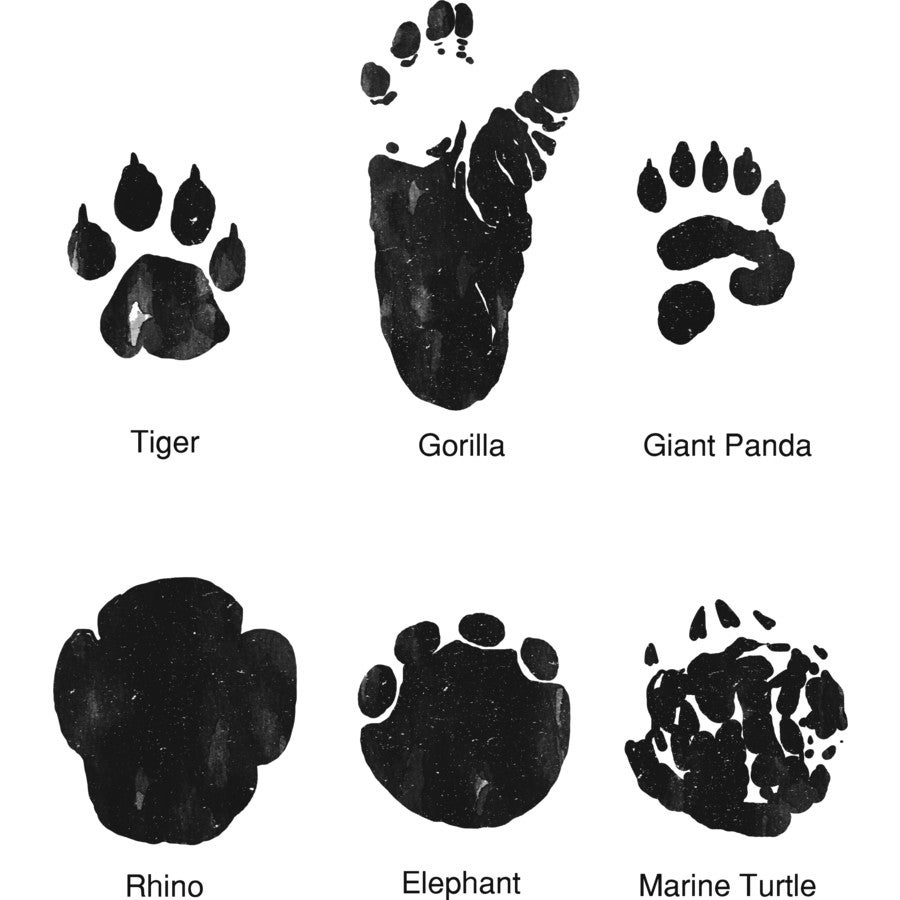 How To Recognise Patterns: Working in remote northern Alberta, bears are a major concern in my daily life. I need to pay attention to the size, direction of travel and recurrence of any tracks I see. Is a set of tracks travelling in a certain direction paired by a set of equal size travelling away? Then the bear’s probably left the area. Or, are there multiple prints all over an area? That means I’m smack in the middle of Mr. Bear’s regular stomping grounds.

That wariness needs to be doubled in the spring, when cow moose are protecting their young. A set of adult and infant tracks leading into an area of dense foliage means that’s a no-go location for me. 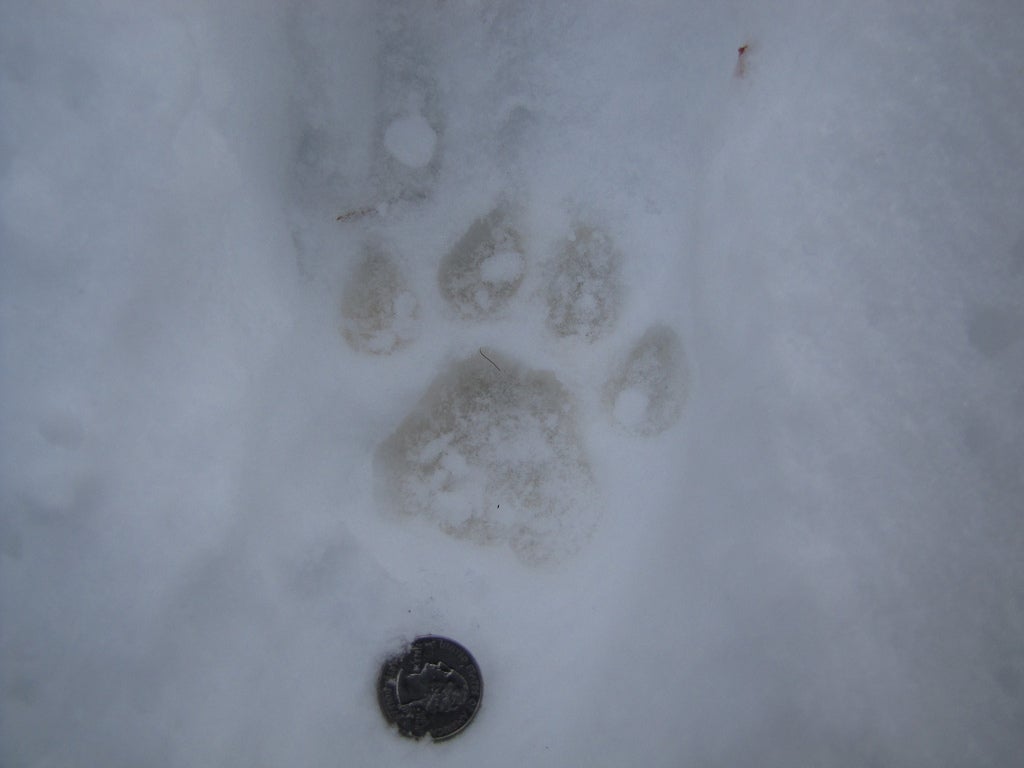 Other Animal Sign: You find animal tracks in soft ground. Look for them around water and on any exposed soil, snow, mud, sand or similar surface. If the ground is rocky, dried up or covered in thick grass or leaves, you can use other tell tales to spot animal activity. Scat is a good one. Again, take pictures and use the Internet or a guide book to identify it. Hair is another. What colour is it? How long is it? How coarse is it? How high was the branch or bush on which you found it? Some animals also damage trees as they rub the velvet off their antlers, scratch their backs or eat bark. Learning what those activities look like and what type of animal they indicate is also a valuable tool. 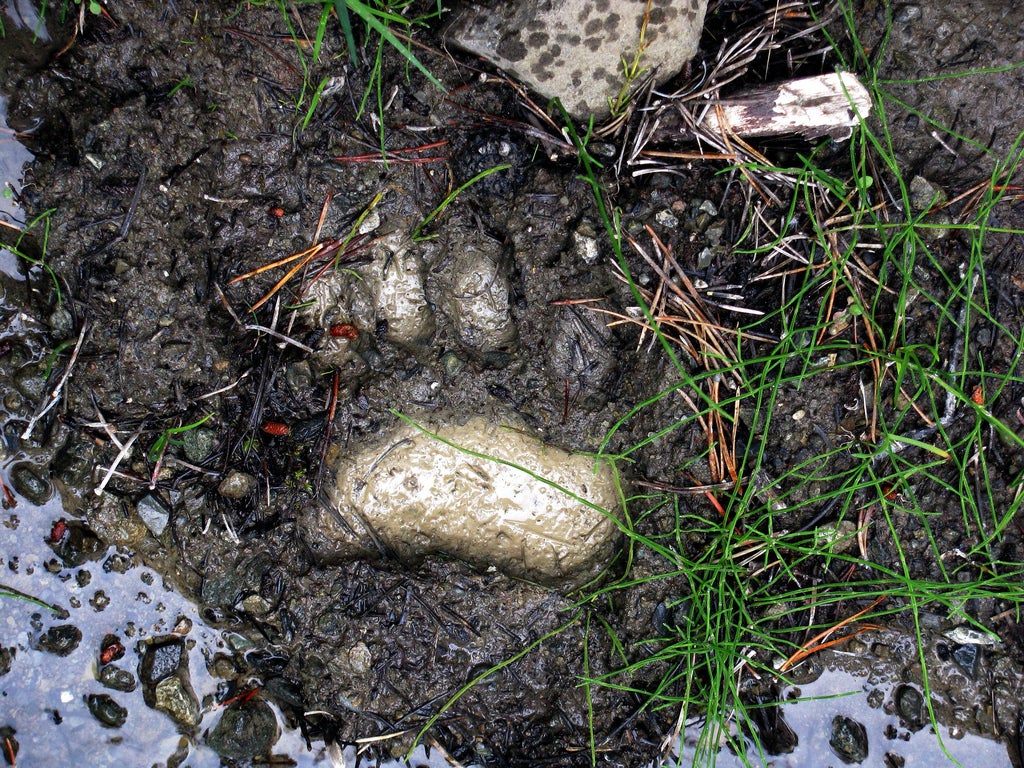 Another Grizzly, by Dru.

What Do Tracks Mean? An animal track captures a moment in time. They can tell you what kind of animal made them, how large that animal was, when they were made and how fast the animal was travelling at that time. With experience, you can even use them to determine the sex and relative health of an animal; tracks are that powerful.

You don’t have to be a hunter to benefit from that knowledge. Spot a black bear track made some time before the last rainfall? Well, there’s bears in that area. Are there many tracks or just one set? Should you set up camp somewhere else? Keep the dog on its leash? Take extra care securing your food that night?

And this is about more than safety. Want to see big animals out in the wilderness? Learning about their movements is the first step to doing that. Identify the areas they frequent, judge if they’re likely to still be in the area, then back off to a location they aren’t likely to pass through and wait quietly for them to appear. There’s more animal life out there than you’d expect, it just takes a little skill and patience to see them.