We Rode A Backpack With An Electric Skateboard Inside

A few months ago, we told you about Movpak, a backpack that's totally unremarkable except for the fold-out electric skateboard hidden inside. Last week, we got to test-ride a prototype ahead of the company's Kickstarter campaign to raise funds for production. Finally, a backpack that carries you.

MovPak looks to solve the "last mile" problem; how do you cover the final stretch between your bus or subway stop and your destination? Ivo Machado, Movpak's cofounder, doesn't think there's a suitable solution that's compact enough to bring with you on a crowded train. So he and his team found a way to cram (most of) an electric longboard into a backpack no bigger than the one you carried to high school.

With the board retracted into its little hiding space, the backpack looks pretty standard, save for a rigid metal handle up top and four skateboard wheels tucked at the bottom. Extend the handle, and you can roll the Movpak around like wheeled luggage. That's handy because the board, backpack, battery, and related hardware all add up to a hefty 8kg, and that's before you load in any cargo.

The backpack has a padded pouch that will fit a 15-inch laptop, and its various other pockets and zippers give it plenty of room for a day's worth of work necessities and a change of clothes.

With the skateboard folded up inside, Movpak's wheels let you roll it along like wheeled luggage. 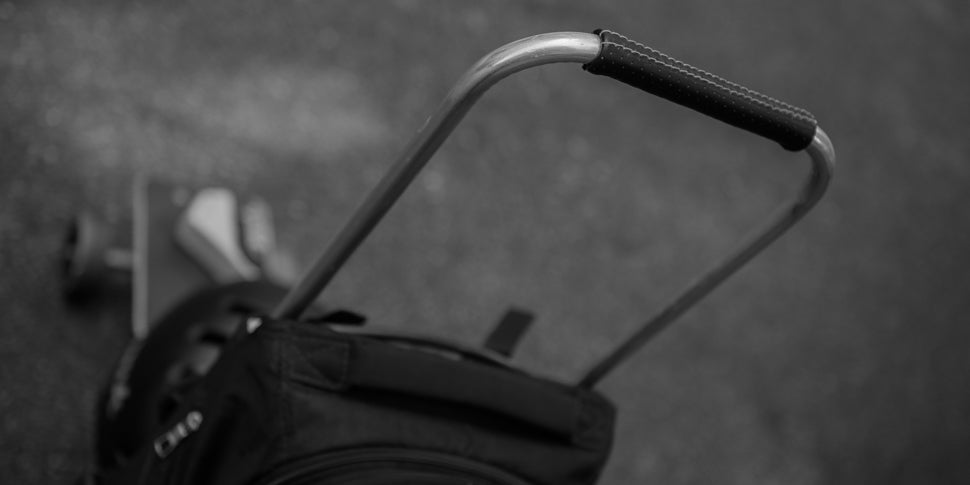 Then again, nobody buys a motorised skateboard/backpack hybrid out of pure, cold pragmatism. This is a freak machine, a grownup's toy only slightly obscured by a faint patina of usefulness. And with a top speed of 24km/h, it's pretty zippy too.

It definitely takes a few minutes to acclimate to the Movpak, especially if — like me — you haven't ridden a skateboard of any type in about a decade, much less a motorised one. It's got the flexible, forgiving deck, big wheels and deep lean of a longboard, but with the rear wheels mounted to the backpack and the bag taking up about a third of the overall length of the board, you don't have much real estate to move your footing around. 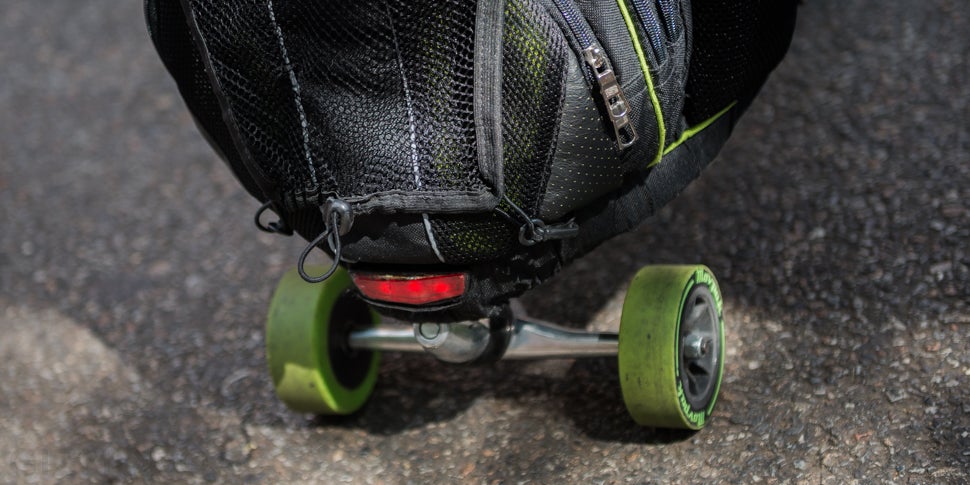 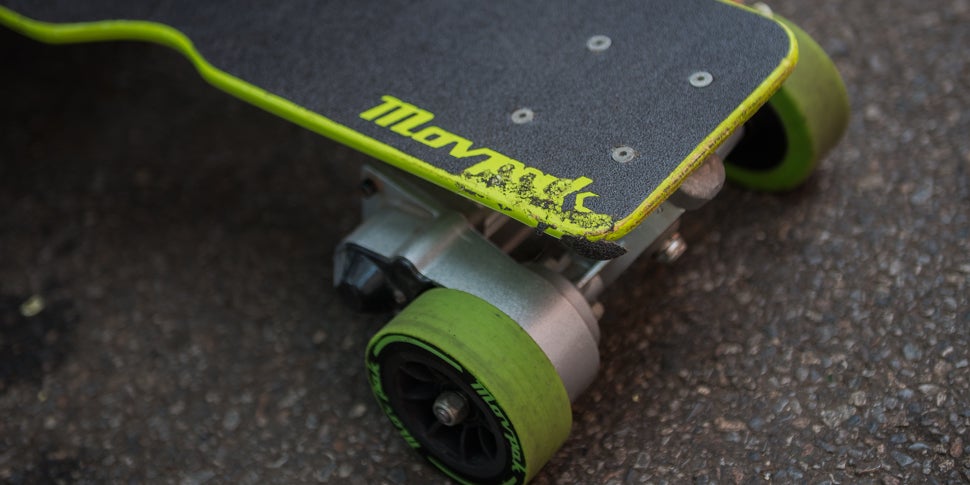 Like the other electric boards we've tested, you accelerate the Movpak by pulling back on the trigger, and slow down by pushing the trigger forward. A button on the controller switches the board into reverse, handy for parallel parking your skatebackpack.

It can be a tricky ride; a single electric motor drives the right-front wheel of the board, which spins wildly if you don't weight it enough to get traction. Ivo told me to brace my back leg against the rigid back of the backpack, which helped me maintain some semblance of control while I recklessly grabbed a fistful of throttle.

Acceleration is brisk, same as the Boosted Board, though the short, narrow deck puts your feet way up front. For the first few minutes, carving smooth turns feels a little awkward, but you acclimate pretty quickly. With the rear wheels hidden from the rider's view, your eyes will make you think you're riding a much shorter board. Nothing a few minutes of zooming around can't fix.

Will the Movpak revolutionise commuting? Probably not, but that doesn't mean it's not a mini-thrill. Zooming along the street outside Gizmodo's NYC headquarters certainly was fun, and I would have loved to hang on to the board to test it on my daily commute. An estimated 15km of range, two hour recharge time, and built-in USB port for charging your phone definitely sounds more tempting than just walking to the train.

But at 8kg dead empty, you'd probably end up ignoring the backpack straps on the Movpak, and using it as rolling luggage instead. And the planned $US2000 price puts this thing neck-and-neck with the Boosted Board — which is to say, damned expensive for a "vehicle" that will get its zippers blown off by a mildly fit cyclist. Kickstarter backers will get access to discounts of up to $US1000, but that involves donating up to a grand to a crowdfunding campaign. We know how that can turn out. 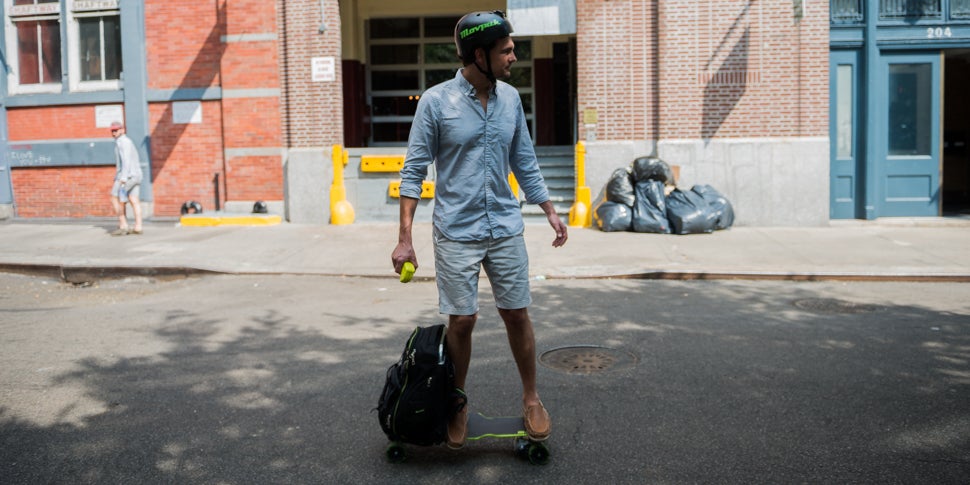 Still, if you're convinced that the future of commuting will shred on a gnarly motorboard that won't hit people in the shins while you're on the bus, you can help Movpak raise the $US100,000 they want to get the finalised backpackboard shipping by April. That's plenty of time to save up two grand for the world's first skateboard with a laptop pouch.